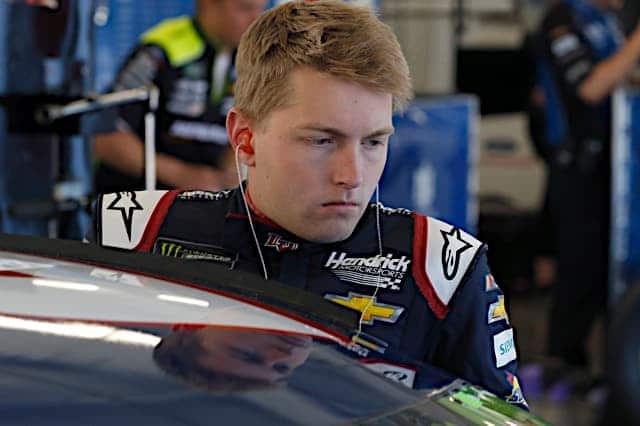 This season has been one of the most competitive we have seen in NASCAR’s history. There have been so many drivers across all three series that have had the chance to win week in and week out, and many have done so. The stats may show that only a handful of drivers have dominated the series, but throughout each race, there have been different players. Now that we have reached the championship race, this seems to be the best group in each series we have ever had under this format.

Is this the most competitive Championship 4 we have ever seen across the board? Is there someone in any series who might not belong with the other three? Do we have a clear-cut favorite in any of the series?

Next season is a big year for several drivers in the Monster Energy NASCAR Cup Series, one of them being William Byron. Even though he has proven himself this season, it is time for him to break out in 2020. He has yet to win at the top level, but he will definitely be poised to break through and win.

Is next season going to be his breakout year? If he doesn’t win next season, should we question his ability? What can we realistically expect from him in 2020?

Q: Is this the best and most competitive Final 4 we have had in all three series since the beginning of this format? Paul S., Tampa, FL

A: It is fair to say that in all three series, each group of drivers in this year’s Championship 4 is the most deserving of the opportunity and the most competitive this format has ever been.

First in Cup, the four drivers who have been consistently up front all year long with multiple wins will all have a shot at the title. In previous years, we have seen championship favorites miss the Championship 4 due to any number of issues.

Denny Hamlin, Kyle Busch, Martin Truex Jr. and Kevin Harvick all had their time this year where they looked to be the car to beat for the title. Now, they get to race each other for it.

In the NASCAR Xfinity Series, you have the obvious “Big Three” in Cole Custer, Christopher Bell and Tyler Reddick, plus the guy who has been the “best of the rest”, Justin Allgaier. This group of drivers does not give us a clear-cut favorite going into the final race of the season on Saturday, Nov. 16. Reddick had to win his way to a title last year, but will he have an equal or a better chance this year? Yes. All the other drivers have been in this situation before, so they know what to expect.

The Gander Outdoors Truck Series may be the only series you can make an argument about the Championship 4. With Matt Crafton, Stewart Friesen, Brett Moffitt and Ross Chastain, you have four very talented and smart race drivers. It is honestly a toss up as to who is the favorite, but once again, they have been in this position before where the pressure is on. Moffitt and Chastain have probably been the two best all year long but Crafton and Friesen will not go down without a fight.

No matter what happens this upcoming weekend, the racing should be good. Of course it was not great at all at ISM Raceway, but Homestead-Miami Speedway should put on a better show. Whoever wins the title will be deserving of it and all the accolades they receive.

Q: Who do you think needs a breakout year next season to prove themselves in the Cup Series? Travis E., St. Louis, MO

A: There are a few drivers who will need to prove themselves even more than they already have. One driver who I believe is ready to break out next season is William Byron.

It will be his second year with crew chief Chad Knaus and his third season overall in the Cup Series. Not that anyone is doubting his ability, but he needs to score a win or two next year. In order to be successful at the top level, you need to win. This young man is poised to win some races, it just has not happened yet.

With Hendrick Motorsports getting better each year for the past two seasons, 2020 could be the 21-year-old’s best year to date.

While Byron will more than likely stay with Hendrick Motorsports for a long time, it’s time he starts showing some results. Last year, he was given a pass for being a rookie. This year, it was his first year with Knaus.

Next season, he will have no excuses at all. He will likely make the playoffs, but he needs to show that he can win. It took his teammate Chase Elliott three years to make his first trip to victory lane, Erik Jones two years and Ryan Blaney two years. The young guys have proven they can get it done, and Byron will be the next breakout star to do so.

Again, nobody is doubting what he can do in a Cup car, because he has proven he belongs this season. I believe he is due to win multiple races per season in the future, maybe as soon as next year. Next season is big for him though. Once he steps into victory lane, the sky is the limit. Hendrick will have found and already has found a new superstar in Byron. With all the right pieces for next season, it is time for him to prove he can win at this level.

I’m taping it. If my suspicions are correct, it’ll be a ” Toy show.” When was the last time na$car published engine dyno and body aero stats? Trust me when 3 drivers from 1 team win half of the races, there is a fox in the chicken coup.

It will be hard to beat any of the TRD factory teams in the Cup or Xfinity series.

The glory days for Ford and especially Chevy are behind them. It seems that only Toyota still believes in the old saying “win on Sunday sell on Monday”
Toyota has only four (soon to be five) teams that get their full support and they have put three of them in the championship finals. It could have been all four if E Jones had a little better luck during the season.
If things stay the same next year the fourth spot in the final four will be a battle between Eric Jones and Chris
Bell .

1992 wasn’t bad. Some people need the disclaimer “Since I started watching Brian’s product.”