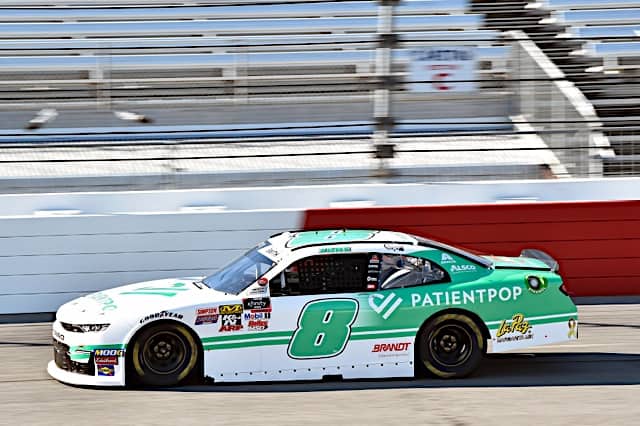 Daniel Hemric will be returning to the NASCAR Xfinity Series and joining JR Motorsports as the primary driver of the No. 8 Chevrolet Camaro, the team announced Wednesday, Nov. 13.

He will be behind the wheel for 21 of the 33 races, sharing the ride with Jeb Burton (11 races) and Dale Earnhardt Jr. (one race).

Nine drivers took turns behind the wheel of the No. 8 this season.

“Daniel is a solid competitor with a great personality,” Earnhardt said in a team release. “He’ll be a quality addition to our lineup in 2020. We’re lucky to have him.”

“My goal here is simple—to go win races for JR Motorsports and to help their program any way that I can,” Hemric said.

Sponsorship and the specific race schedule for the three drivers has not yet been announced, though Earnhardt had been rumored to be driving at either Homestead-Miami Speedway or Martinsville Speedway next season.

Driving for Richard Childress Racing in NXS from 2017-2018, Hemric advanced to the championship race at Homestead both years, totaling five poles, 23 top fives and 39 top 10s in 66 starts with 510 laps led.

Last month, it was announced that Hemric will not return to RCR in the Monster Energy NASCAR Cup Series, where he’s accrued one top five and two top 10s in his rookie season. Tyler Reddick will replace Hemric in the team’s No. 8 next year.

JRM’s No. 8 team is currently 10th in the NXS owner standings.

What ever happened to the JRM #88?