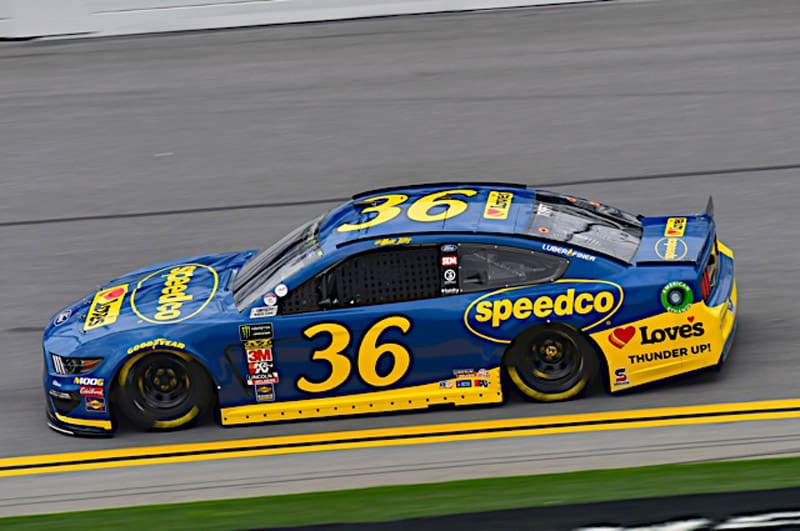 Matt Tifft will not be with Front Row Motorsports in NASCAR’s top series in 2020, the team announced Wednesday, Nov. 13.

“I’ve made the decision to focus on my health and there is no rush or timetable to get back behind the wheel,” Tifft said in a press release. “Because of that, I can’t commit to racing full time in 2020. I can’t say when I’ll be ready to race again, but I believe I will come back. I love this sport, the people, and I would like to be a part of it next year in some capacity.

Tifft suffered a seizure at Martinsville Speedway, which meant that the earliest he could be cleared to race again by NASCAR would be the spring Talladega Superspeedway event on April 26. His replacements in the No. 36 Ford Mustang have been Matt Crafton and John Hunter Nemechek.

While he won’t be with FRM next season, he is thankful for his time with the team.

“They are great people and it’s been awesome to race there,” he said. “I look forward to what’s next in racing when the time is right.”

In his rookie season in the Cup Series, Tifft has a best result of ninth in the July Daytona race, four top-20 finishes and an average finish of 26th.

“Matt has always shown us a lot of determination and courage,” FRM owner Bob Jenkins said. “He’s a fighter and I believe, like him, that he’ll return to driving. For now, we support Matt and his need to focus on his health and his family. Racing will be there when it’s time. We want to thank Matt and his family for being a part of Front Row Motorsports and helping us continue to grow.”

The No. 36 team is currently 30th in the MENCS owner standings out of 36 chartered teams and 46 total. The 2020 driver lineup for FRM has not yet been revealed; in addition to Tifft’s departure, David Ragan is retiring from full-time competition after this weekend’s race at Homestead-Miami Speedway. Michael McDowell’s status for 2020, meanwhile, has not been announced.

If FRM makes the right choices Bubba Wallace may not make the top 30 in points next year.

of coarse if RPM makes the right choice Bubba Wallace will be gone.

Matt Tift has did a 180 from last weeks comments. Good decision for Matt. Hope you have a successful recovery.