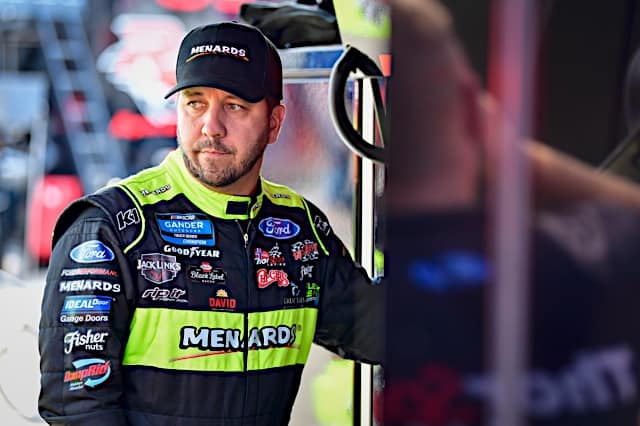 Matt Crafton is a Truck Series lifer. And at Thursday’s (Nov. 14) Championship 4 Media Day, he made it known he’s not an underdog for the title this season.

Crafton, 43, enters championship weekend at Homestead-Miami Speedway with the only Truck Series driver eligible for the championship not to win a race this season. Hell, his competitors; Brett Moffitt, Ross Chastain and Stewart Friesen all have multiple victories in 2019.

However, Crafton comes in win a ton of experience, winning back-to-back championships in 2013 and 2014, picking up 14 wins throughout his career. The California native doesn’t consider himself less for the championship this year than the other three drivers.

But if Crafton were to win the championship without winning a race, it would be the first time that’s happened in any series since Austin Dillon winning the 2013 Xfinity Series title. It would, however, be the first time under the current format — where winning is rewarded — that a champion hasn’t won a race.

“I haven’t said a word about it and haven’t thought about it to be totally honest,” Crafton said. “I think we have as good of a shot as any of the other drivers.

“At the end of the day, I call it a war. It’s a battle and the war. The battle is the race and winning those is great. But winning the war is the championship and those are definitely the sweetest. Those are the biggest trophies and they pay the most.

“Why would I feel like an underdog? I know I’ve won a lot more races and a lot more championships, so I don’t think I should be the underdog if you think about it.”

Homestead is a place where Crafton has excelled throughout his career. In 18 starts at the South Florida racetrack, he’s earned one career win (2015), with two additional top fives and 10 total top-10 finishes.

Because of his past success, Crafton is confident heading into Friday’s (Nov. 15) race.

“I’m super excited about racing here,” Crafton said. “I love this place. I love the variety of different lanes we race in. When we have a restart, we just don’t follow the white line and follow the leader. You actually have about five different lanes to choose from.”

Should Crafton win the Truck championship, it would be his third championship, only behind Ron Honrnaday Jr. for the all-time record. It would tie him for second with Jack Sprague,

For Crafton, the ultimate goal is to one day get to Hornaday, a driver he values a great deal.

“I look at is going one step closer to the greatest Truck Series driver there was, Ron Hornaday,” Crafton added. “I firmly believe that. I said it earlier, it’s like Jimmie [Johnson] chasing Dale Earnhardt and Richard Petty for the championships.

“If I won this year I would be one shy of tying Ron Hornaday. If I can go there and have four championships at some point in my career and say I was tied with Ron Hornaday, I think I would be alright.”