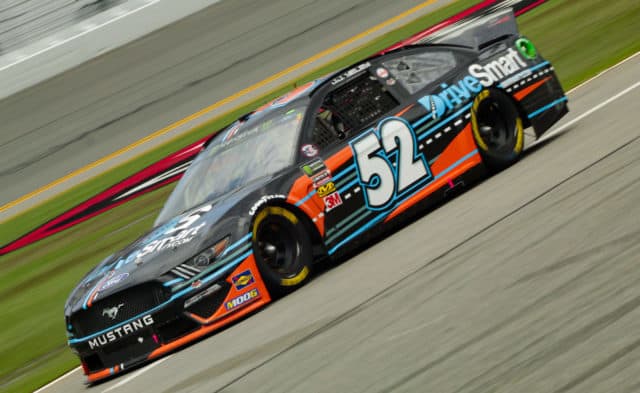 Yeley’s entry will be flanked by two more full-time cars fielded by RWR, up from two full-time teams in 2019. The driver lineup for the two remaining rides will be announced at a later date.

“I am excited to have JJ Yeley on board with the Rick Ware Racing organization for the 2020 NASCAR Cup Series season,” RWR team owner Rick Ware said in a team release. “JJ is a great asset to any team and has a proven track record for bringing home solid finishes for RWR. I look forward to having him on board as we continue to grow this team.”

Since making his Cup debut in 2004, Yeley has made 290 starts for various teams, including Joe Gibbs Racing, Tommy Baldwin Racing and BK Racing. This season, he has driven part time in all three national touring series, including 14 Cup starts for RWR.

“I can’t thank Rick and Lisa Ware enough for the opportunity to be back behind the wheel of a NASCAR Cup Series car full time next year,” Yeley said. “They are a family-owned team who continues to grow and build new relationships with sponsors, and expand their efforts in NASCAR. Over the past couple weeks, we’ve accumulated some pretty solid finishes and can’t wait to see what we can accomplish in 2020.”

After jumping into Cup full time in 2017, RWR expanded to two full-time entries this season. The team has also fielded two additional part-time cars. A total of 14 drivers have wheeled RWR entries this season. Yeley gave the team its best finish this season entering the season finale, finishing 12th at Daytona International Speedway in July.

Sponsorship and crew chief information were not disclosed in the announcement, nor was a car number.