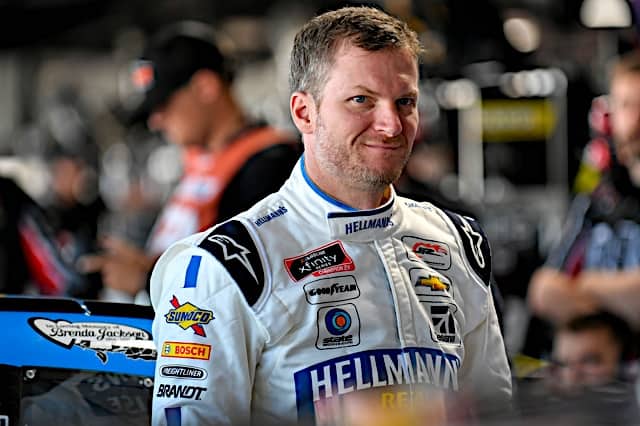 Following the announcement Wednesday Night (Nov. 13) Daniel Hemric, Jeb Burton, and Dale Earnhardt Jr. would share the JR Motorsports No. 8 car in 2020, social media began to light up with speculation on where that one start would come. Since retiring from full-time competition, Earnhardt has run Richmond Raceway and Darlington Raceway in the NASCAR Xfinity Series.

On Friday night, the speculation became an announcement as Earnhardt Jr. posted on Twitter that he’d return to Homestead-Miami Speedway in March 2020.

Just got into @HomesteadMiami and it’s driving me CRAZY that I have to wait till next March to turn some laps here. I sure miss it. Such a fun track. Gonna be a great weekend for our sport. @NASCARonNBC @NASCAR

In his last two starts post-retirement, Earnhardt hasn’t finished outside the top five with the best finish of fourth at Richmond in 2018. He led 96 laps in that race before ultimately surrendering the win to Christopher Bell.

It’s the first time Earnhardt, currently a booth commentator for NBC Sports, will pilot an Xfinity Series car around Homestead since 2008. His last NXS win came in 2016 at Richmond.