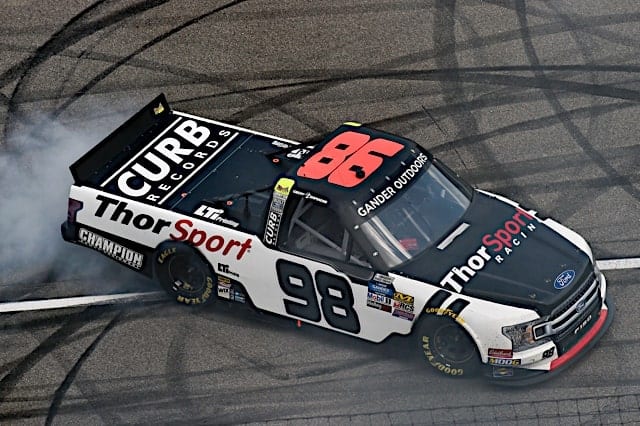 Grant Enfinger and Stewart Friesen turned the fastest laps in their respective practices on Friday (Nov. 15) at Homestead-Miami Speedway for the Ford EcoBoost 200.

All 37 trucks entered in the race participated in both practices and there weren’t any incidents in either session.

Weather permitting, the Truck Series will qualify later Friday at 4:35 p.m. ET on FOX Sports 1, followed by the race at 8:00 p.m. ET on the same channel.