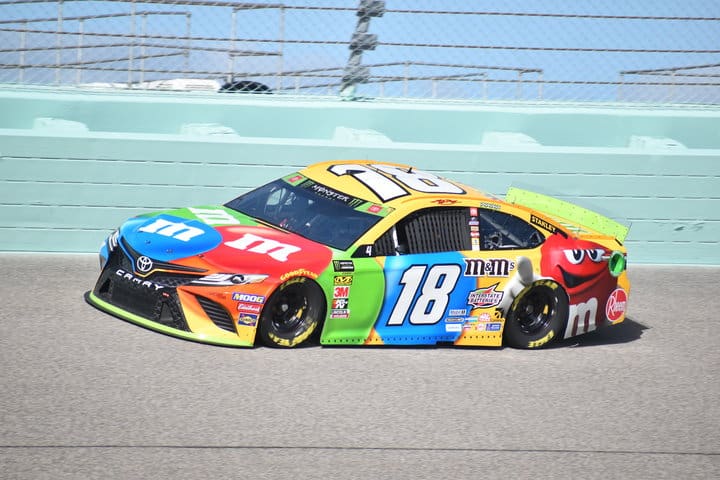 Hamlin did top the 10-lap average charts, running at 163.981 mph. Busch was second and Truex third as it looks like the trio is evenly matched. It appears to be business as usual, indeed, in the JGR camp as all four teams planned a group debriefing later Saturday (Nov. 16).

“Yeah, we have a meeting scheduled,” Truex said. “We’ll debrief just like normal. All four of us. You gotta keep doing what got you here. The best chance for one of us to win is for all of us to do the same thing we do every week.”

Kevin Harvick, the fourth and final Championship 4 driver, finished his practice up in ninth. Despite the deficit, Harvick appeared ready for Sunday as he faced reporters after the session.

“As soon as [the race] starts you are like, ‘Thank God!, I can do what I normally do,’” Harvick said of his weekend. “So yeah, once the race starts, it is a little different because you don’t have the stages that you have to worry about. The strategy is really pretty straightforward as to what you are trying to do and that is be around to have a chance at the end of the race.”

Paul Menard was 12th quickest making his last full-time Cup Series start with the No. 21 Wood Brothers Ford. Fellow retiree David Ragan was further down the chart in 29th. Drew Herring, making his Cup debut on Sunday, was 32nd quickest with the Gaunt Brothers Racing Toyota.

Coverage of the Ford 400 begins at 3 p.m. ET on NBC. You can also catch the action on SIRIUS XM satellite radio or your local MRN affiliate.