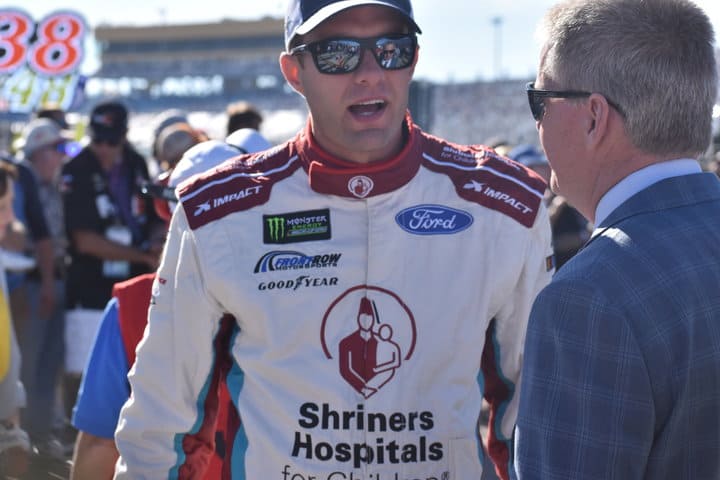 While the focus on Sunday at Homestead-Miami Speedway was clearly on the Championship 4, there were other stories in play.  For both Paul Menard and David Ragan, Sunday’s Ford EcoBoost 400 marked their final races as full-time drivers in the Monster Energy NASCAR Cup Series.

Menard had a relatively quiet race and mostly ran around where he started.  Wood Brothers Racing chose to stay out during the second caution to take the wave around.  Problem is, being on 20-lap old tires while the leaders had new tires meant that Menard was well off the pace.

In the final stage, Menard ran well, but not good enough to keep himself on the lead lap.  The veteran racer eventually brought his Motorcraft Ford home in 17th, one lap down.  That was good enough to put Menard 19th in points for the season.

While Menard will no longer compete in NASCAR, he will still be involved in the sport via Menards, his family’s home improvement warehouse chain.  The company will continue to serve as a sponsor for the Wood Brothers and new driver Matt DiBenedetto, as well as for Team Penske’s Ryan Blaney.

Ragan also kept himself out of trouble, but attempted an alternate strategy.  Early on in the race, both Ragan and teammate John Hunter Nemechek attempted to stay out and go long on their first stint of the race.  Unfortunately, being on much older tires put them both way behind.  Ragan got himself up to ninth before stopping, but he came out of the pits two laps down to the leaders.

While Nemechek struggled with handling and eventually spun to bring out the race’s lone non-stage break caution, Ragan kept himself out of trouble for the rest of the day.  When the checkered flag came out Sunday, Ragan was four laps down in 27th.

“Our last race was really uneventful,” Ragan said after the race.  “We tried some strategy a few times and it kind of bit us.  We probably lost a lap or two that we shouldn’t have, but we were being aggressive because we didn’t really have anything to lose.

“I can’t say enough about everybody at Front Row Motorsports and the NASCAR industry for making this last weekend special. It was a tough season.  I wish we had some better results to show for it, but the last season won’t dictate my 13-year career.  We’ve had a lot of fun, a lot of good memories and don’t regret anything that we’ve done.  I’ll sleep good tonight and think a little bit over the offseason on what I want to do next year and I’m sure I’ll be around.

For Ragan, there is no indication that he is completely walking away from the sport.  He’ll still race a little from time to time.  He just won’t have the 38-week grind to contend with.

Those are two class acts and David Ragan does tons of charity work for the Shrine of North America. Neither has ever embarrassed the sport and would well be a great example of how someone should act in the high-pressure world of racing.