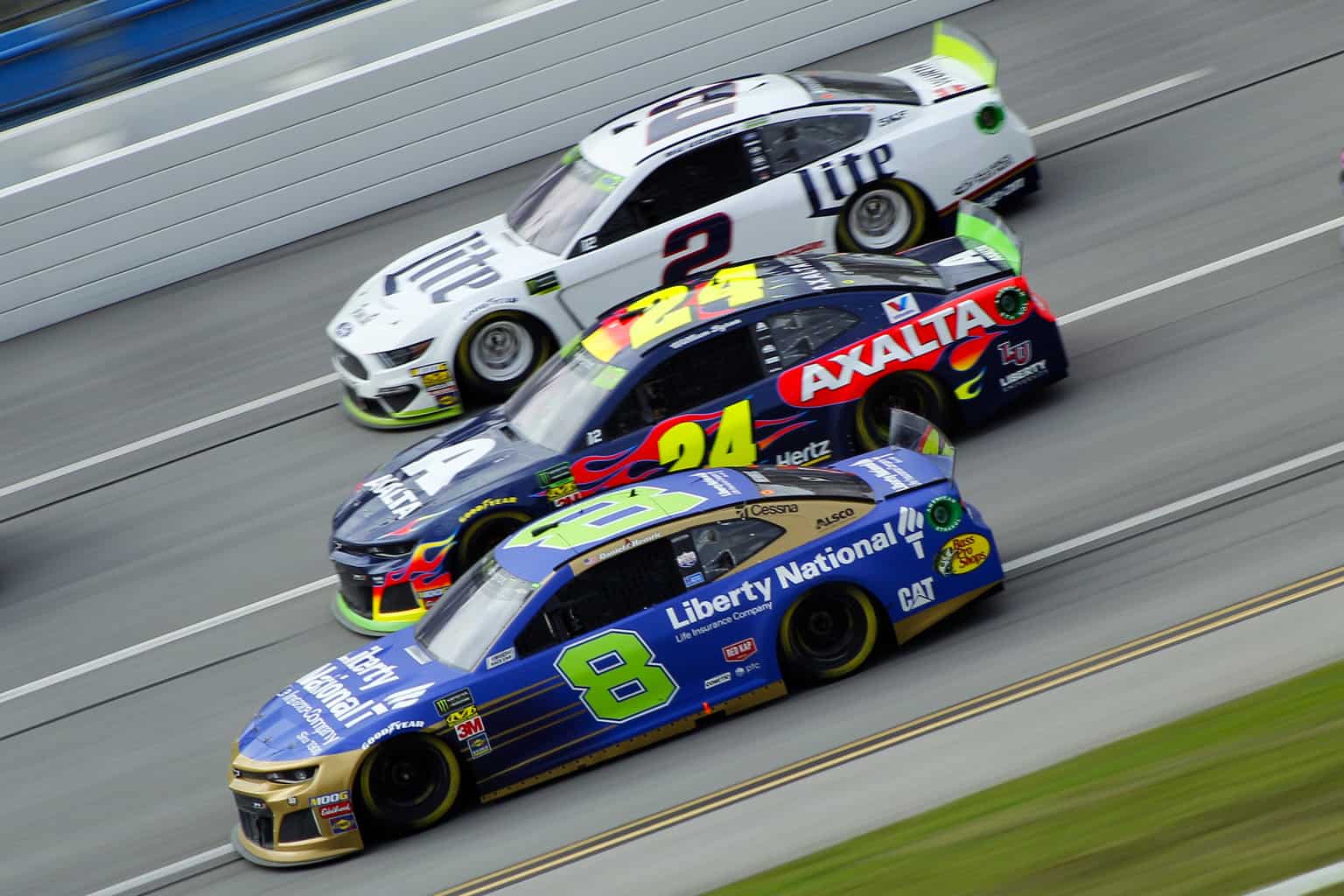 Whispers and wails of change in NASCAR are everywhere in the air. There’s no shelter from the winds of change to those within the sport, and truth be told, they have blown ceaselessly for a long time now. But what if the sport isn’t the only thing that has changed? Our world has changed, our culture has shifted. But what if we’ve changed, too? And what if racing has changed us?

We — a collective “we” made of race fans, media, and those within the sport — speak a lot of the changes in NASCAR in recent years. But such talk is largely dissatisfying. It’s a relief, maybe, to be heard by others who see it, too, and to hear them saying the same things you were hoping you hadn’t just imagined. This started as an exploration of exactly what has changed, but along the way, it became apparent that part of the answer was me. Part of the answer was all of us. This first part of a three-part feature is a personal journey, but it isn’t just about me. In Part II, you’ll read a closer look at a champion driver and his own racing evolution from the bottom of the barrel to the top of the world. In part three, the heart of NASCAR, the fans, is exposed in hopes of learning what makes it beat … and of still making it soar.

If you want the wheres and whens and all that, it was Loudon, 1997. Before then, I’d had little exposure to any kind of motorsports. What I knew came from the snippets on SportsCenter, or before that, Wide World of Sports, which I took in faithfully. I can admit it now — I was a stick-and-ball snob. I didn’t give racing much more than an afterthought.

Until that day. That day, something in me shifted forever. I had never watched a race on TV, but here I was at the racetrack, sitting in the stands at a Winston Cup race. The crowd was something — every seat was full in those days, and there was an electricity in the air. And when the engines fired, I got it. When the pace car dropped to the pits moments before the green flag and there was nothing but possibility left, I was immediately, irrevocably changed.

If you are wondering if it was the proverbial chicken or egg, one of my earliest memories was being frustrated because I had made up a story … but I hadn’t learned to write, at least not well enough to do justice to the ideas in my head. I didn’t want to dictate to an adult, because speaking them aloud somehow made the words sound foolish. Even then, I understood the draw of words and stories.

Once I learned to put words on paper, I realized the power they have. Words build things, and they tear them down. Writing was not a chore for me. I took my first journalism course on the recommendation of an English professor because it got me out of some other required course that sounded like a lot more work.  Two semesters later, I was no longer a pre-med major.

I knew it would be sports, but not NASCAR. My first exposure to what NASCAR was then while I was living in Richmond, working in baseball and already becoming a bit disenchanted. During the week leading up to one of the races, there were race cars everywhere: store parking lots, gas stations … and at all of them. I was interested enough to take a look, but that was about it.

I didn’t get the opportunity to write about it for another five or six years. But I studied NASCAR and its history, and I formed and deepened relationships because of it. I inhaled it like air.

I’ve heard that as a journalist, you shouldn’t care about what you write about, but I don’t think that’s true.  You can’t be a fan of any team, of course, but you should care. You don’t root for one driver to win, but you do root for a great story to tell, and it’s very much not the same thing. What we do, when all is said and done, is tell stories. And the best stories have love behind them. Criticism and praise both come with a real desire to make people happy, to make whatever you write about better. And so I go.

The changes came hot and heavy when they came. New rules, more restrictive rules on the heels of the late 1990s car wars. The playoffs, other changes that seemed to many more like gimmicks designed to hold onto casual fans a little while longer as the NASCAR fad that swept the country began, as fads do, to wear off.

It was gradual at first: There wasn’t a driver’s face or race car on every product, and races that had waiting lists now had tickets available, though they still sold all the seats come Sunday … until they didn’t.

I’ve written over the years about the changes, and I’ve always tried to be fair. Not everything NASCAR has done has been detrimental, not every team who wins a lot cheats, and not everything that’s happened has deserved the backlash it’s gotten.

On the other hand, it’s hard to see something that was once beautiful and thriving begin to crumble around the edges a little bit, and if words can fix that, they should be written.

Racing has given me, and, I suspect many others, more than something fun to do on Sundays. While I’ve had the great privilege to be a small part of it, covering the races, scouring the garage for a good story to tell and often getting to tell it, I’ve also known some of the best people in my life because of it.

That began before I put on the reporter’s hat. We’d watch races together, talk about them afterwards, and invite each other into our lives. As people do, we grew apart, roles changed, lives marched on. Had that never happened, I might have stayed the person I was. And it would have been okay. In a way, isn’t that what we all want — those glorious summers of our very best days to last forever and ever, exactly the same, always?

That’s not reality, though. I cherish every relationship racing has brought to me. Some have changed drastically. I’m still here, but some are gone, some have drifted from the sport, others’ lives have gotten in the way.

I am not the same person I was in the summer of 1997. I’ve been fortunate enough to do things and know people I never thought I would do or know in my wildest dreams. That I get to tell stories about races, every week, is pretty amazing, and as my 17th season comes to an end, I’m very grateful and still somewhat amazed by it all.

There is, and always will be, though, a piece of me longing for those simpler days, baking in the sun, being young with all those years still ahead. I think we all have that piece somewhere. That’s why fans stay despite it all. That’s why you read about racing here at Frontstretch or anywhere else that weaves a good story.

And as the year comes to a close, I still feel the same pang I feel every fall when the engines fall silent for those long winter days. I still feel the possibility of each new racing season. And in that one perfect moment when the pace car drops to the pits before the green flag, I feel the same as I did on that very first day. As long as I feel the possibility of that moment vibrating in my core, I can’t walk away … I can only evolve.

Great article. It definitely resonates with me. I too recall races or ‘summers’ of NASCAR that seemed to be the pinnacle of the sports week for me. One of my race memories was being in the stands at Dale Jr’s first Cup win in Texas with my brother and dad. The only race we all three managed to see together. My dad has passed now and my brother doesn’t watch much anymore. I hang on. Oh, there was the time I had a Coors Light with Sterling Marlin as we talked cars while looking under the hood of a 1970 Plymouth Superbird and the almost always epic drama of a Bristol night race. The day Michael Waltrip won his first Daytona 500, and Dale Sr. died. Your article talks about evolving, which is something that will happen, but for me, I think I keep hanging on and remain a fan because too much of my life memories are wrapped up in NASCAR. I can’t stop being a fan because I can’t let all those memories go. I’m invested in it. However it changes or ‘evolves’ I will have to also to keep that history of memories and connections to my past.