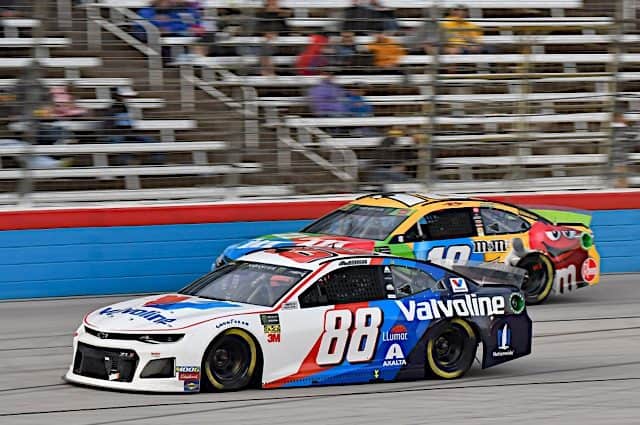 NASCAR Mailbox: How to Explain the TV Ratings Gains in 2019

The 2019 NASCAR season is now officially in the books. We saw so many things happen this year, that it is hard to put everything into words in such a short piece. Whether it was the new package, the surprises, the disappointments, or the ratings, multiple different factors contributed to the “feel” and flow of the season.

What do you think was the biggest story coming out of the season? Is there one thing that stands out to you or were there multiple moments that form your own version of season highlights?

What would you grade the season overall?

One of the positives that came out of this season is that we saw a gain in the ratings with many of the events.

Going into 2019, there were a lot of doubters and many believed ratings would plummet hard with the announcements made about the package this year. However, it seemed to be quite the opposite for much of the year. But the question is, why?

What was the main reason for the gains? Was it the unpredictable factor with the new package or was it something else? Do you think old fans came back for a while or did NASCAR do a solid job of attracting new ones?

Q: What are some of the biggest stories you will take away from 2019? Anything specific or just a lot to talk about in general? Ken G., Denver, CO

A: Sadly, the one thing we talked about ad nauseam was the package, all the way through to the end of the season. This has not always been the case year-to-year.

Let’s face it – the last few races of the season were not the best. Can you blame the track or weather or something else besides the package? Possibly, but it mostly had to do with the aerodynamics on the cars. This was too often the conversation in 2019; hopefully 2020 spells some positive changes in this area.

Another thing I will take away from this year are the surprises we saw, in particular first-time winners Alex Bowman and Justin Haley.

Going into 2019, there didn’t seem to be a lot of “buzz” surrounding Bowman. He got hot at the right time and finally grabbed that exciting first win over Kyle Larson at Chicagoland Speedway.

And what about Haley? The rain-shortened victory at Daytona was one for the ages, and quite possibly the biggest upset in NASCAR history. Those who witnessed aren’t likely to forget

Not only did we see surprise victories – we also saw surprise disappointments. Drivers like Austin Dillon, Daniel Suarez, and Jimmie Johnson all had seasons that they would probably like to forget.

For me, Suarez stands out from that list because he lost his ride for next season. There is no word what he is doing yet but it will not be driving that No. 41 car for Stewart Haas Racing.

Johnson missed the playoffs for the first time in his career while Dillon had a very disappointing year after sneaking into the playoffs the last few seasons.

The main thing I take away from it, though, is we had a deserving champion. There are many detractors of the current playoff format, but Kyle Busch truly earned the title all year long. Even though it came down to one race, Busch was the regular season champion and performed when he needed to.

There were so many important storylines from the season, you can’t just pick one. NASCAR has some homework to do this offseason, but if they make the right strides, 2020 is due to be exciting.

Q: What do you think was the main reason for most of the rating gains this year? Was it a different audience, old fans giving this new package a chance, or just because NASCAR is beginning to grow again? Chris R., Marietta, GA

A: Despite the racing not always living up to expectations, there were a lot of reasons for the ratings gains.

First off, with a brand new package debuting this year, old fans may have given it a shot. The way NASCAR advertised it, the package was going to consistently produce the kind of racing seen in the popular 2018 All-Star Race.

Unfortunately, we did not see any of that this season. But that did not stop people from tuning in and ratings did go up for many weeks. Although NBC did fall below the expectation of surpassing last year’s ratings, their numbers grew most of this season.

Secondly, Barstool entered the sport. They are a massive company and for Dave Portnoy to invest his money into it is a big deal. Many Barstool fans were probably tuning in out of curiosity.

It is sad that NASCAR does not reach numbers they had from just a few years ago but that does not mean they can’t return. One day, the sport will rise to popularity again and ratings will be extremely high. Right now, it can be hard to remain optimistic, especially with the way the year ended in the final few races. The hope is now for new fans to come in boatloads again soon, especially with a “fresh start” in 2021.

Ratings are important to the sport and to see them decline like they had been is very sad. However, it seems like the lowest days are behind the sport. NASCAR has already discussed changes for 2020, which means more and more people will tune in. The more NASCAR reverts back to the old, the more they will draw in. Should tell the execs something, right?

Brandon is a 22-year-old from NY and has been a passionate follower of motorsports for 14 years now. He recently graduated from Molloy College on Long Island with a BA in Communications. Working within NASCAR has been a dream for Brandon for a while, and he hopes to be able to live out the dream in the very near future.
Previous F1 Midweek: The Scrambled Order at Top, Finally
Next The 12: NASCAR Power Rankings Ford EcoBoost 400 Edition