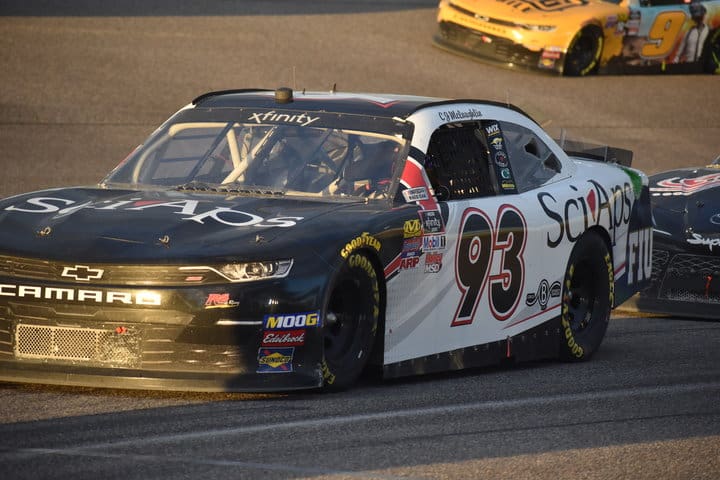 CJ McLaughlin will continue to drive for RSS Racing in their No. 93 car in 2020, he announced Friday (Nov. 22). SciAps, Inc., who sponsored him in seven events in 2019, will stay on board for at least 20 races next season.

McLaughlin earned a series’ best 23rd place finish at Bristol Motor Speedway in August. His most competitive run was at Kansas in October, where he finished five laps off the pace in 24th. Prior to his stint in the Xfinity Series, McLaughlin made four starts in the ARCA Menards Series with a best finish of 10th at Michigan.

“This year has been amazing for so many reasons; from my first start at Daytona in ARCA to my first start in the NASCAR Xfinity Series at New Hampshire Motor Speedway,” said McLaughlin in the team’s release. “I am excited and thankful for RSS Racing allowing me to come on board and SciAps for their amazing continued support and sponsorship. I am looking forward to getting to Daytona in February.”

“We are thrilled to have CJ and SciAps returning to RSS Racing in 2020,” the team stated. “CJ is a talented driver & will only get better with more seat time.”

The other races are yet to be announced.