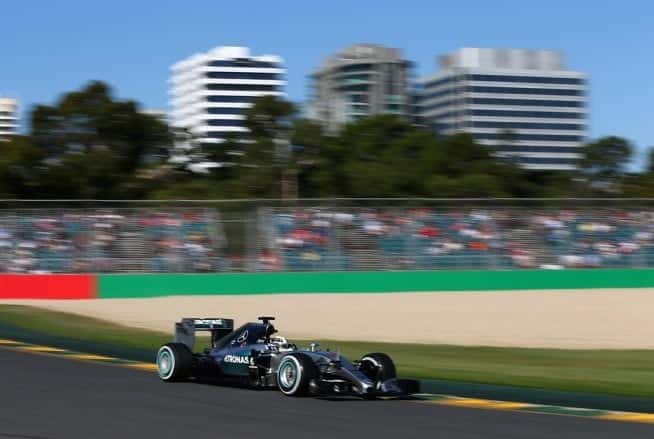 The Formula 1 circus is heading to Abu Dhabi this weekend for the final 2019 Formula One Grand Prix of the year.

I can’t help but ask, what’s the point?

The World Driver’s Championship’s fate was sealed a long time ago, as was the Constructor’s title, which Mercedes clinched for what seems like the 100th time in a row. Couple that with the fact it won’t get any better than last week’s Brazilian Grand Prix, and I’m struggling to get excited about another lackluster finale.

Don’t get me wrong; I love F1. There’s nothing quite like watching an onboard video of Charles Leclerc going flat out through 130R with one hand on his side mirror, or Max Verstappen carving his way through the field in the pouring rain. But, for crying out loud, give me some actual competition.

I hate to say it, but another boring conclusion to the season just doesn’t interest me. I don’t want to wake up at 4 a.m. ET to watch another parade.

I get that the United Arab Emirates is a great backdrop for the end-of-year festivities. But at some point, Liberty Media will have to recognize having a wholly unmemorable finale isn’t exactly measuring up to F1’s potential. Even if the title and the constructor’s races are wrapped up, at least give us a twist worth watching.

That’s why they should take the title-clincher back to Interlagos.

Moving Brazil to the series finale slot isn’t a must because last week’s seemingly random results are so fresh in my memory. Indeed, the Sao Paolo circuit has been one of my favorites as long as I’ve been watching F1 because it always produces great racing. To see that, all you have to do is look at Carlos Sainz’s charge from the back of the field to the podium last week. That’s just one of several great races the track has hosted over the years.

There’s, of course, the 2008 edition, which saw one of the craziest endings to any World Championship, maybe ever. Lewis Hamilton took his first title over Felipe Massa by just one point.

Then, there was 2012, a rain-soaked mess that saw Sebastian Vettel claw his way back through the field after an early spin to clinch the big trophy.

2016, although not playing a role in the championship outcome, also proved memorable. It served as Verstappen’s official coming out party after he drove from 16th to third in the closing stages of the race. Even Ayrton Senna’s gutsy drive back in 1991 has worked its way into F1 lore.

And what have we gotten out of Abu Dhabi?

One good year — 2010 — where Vettel won the title by four points over Fernando Alonso. But even in that case, I’m hard-pressed to recall the details of the race. A decade of racing that followed in the Middle East has proved relatively uneventful. A few champions crowned, yes, but not much in the way of white-knuckle action. If I’m remembering correctly, the last few years I’ve paid more attention to Saturday than I have Sunday.

It’s not to say Yas Marina doesn’t deserve a place on the schedule. Spectacular in everything but the quality of racing, a globetrotting series like Formula 1 should make every effort to get to a place like Abu Dhabi. After all, this racing series has always been about more than just the competition; it’s a spectacle.

And we have to be realistic. Not every race is going to be a thrill ride. Every lap doesn’t have to feel like it’s Game 7. Trying to force that feeling just isn’t practical.

In fact, it might even cheapen the outcome a bit. I think I speak for most people when I say that I’d prefer a worthy champion over a little bit of manufactured drama.

So it’s not really right to throw out a whole season’s worth of racing for a double points finale or some crazy, single-elimination type tournament. Personally, I’d like to see the right driver go home with the world driver’s championship, even if it means the last race of the year ends up being a bit of a letdown.

But even if all those winners have been decided, give the season finale more of a fighting chance by holding it somewhere else. The incentive to watch on Sunday just isn’t at the level it could be.