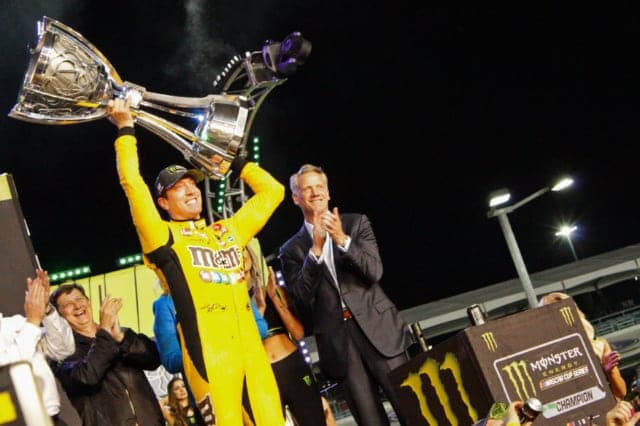 Competing for championships at the top level of NASCAR remains almost exclusively a pursuit for the more experienced drivers in the NASCAR Cup Series garage.

That was obvious again this year at Homestead-Miami Speedway, when Kyle Busch claimed victory for relative youth at age 34 over Kevin Harvick, Denny Hamlin and Martin Truex Jr. — a trio with an average age of 40 at the Ford EcoBoost 400, and that was before Hamlin turned 39 the very next day. Youth is clearly not being served right now when it comes to making runs at the title.

Not that NASCAR hasn’t tried to convince us otherwise. Prior to the start of the 2018 Cup season, much of the advertising pushed the idea that there was a generational battle brewing, one that would manifest itself in a wave of talented younger drivers rising up to compete for race wins and, yes, championships. It was a narrative that was easy to package and spread quickly through the media that spring.

It also turned out to be almost completely untrue. Even though the young guns were never formally defined as a group, this writer took its membership to consist of all the full-time Cup drivers who were 25 or younger prior to the 2018 Daytona 500 and in reasonably to absolutely competitive cars. That made it a nicely composed group of eight: Chase Elliott and Hendrick Motorsports teammates Alex Bowman and William Byron, Kyle Larson, Ryan Blaney, Erik Jones, Daniel Suarez and Bubba Wallace.

Despite some reasonable belief that those young guns would win races right away, the veteran stars cleaned their clock for the first half of the season, with that year’s Big 3 of Harvick, Truex and Busch dominating from the start.  It took all the way until the summer Daytona race for the young guns to capture even one checkered flag (courtesy of Jones), and while Elliott and Blaney also visited victory lane before the end of 2018, it was clear that those eight drivers looked a lot more like Saturday Night Live‘s old Not Ready for Prime Time Players than a force to be reckoned with during the playoffs.

Elliott’s breakthrough successes and predictions that Larson would bounce back from a winless campaign meant that while NASCAR was no longer pushing the youth vs. experience angle for 2019, it had a better chance of materializing this year. Spoiler: It did not. The young guns managed to win earlier, with Elliott and Bowman winning races prior to the season’s halfway point. Yet the group as a whole tallied only seven victories, up from five the previous year, and though Blaney and Larson came up with clutch playoff wins to make the Round of 8, younger talent was once again shut out of the Championship 4.

If there’s hope for the NASCAR youth movement to shake up the status quo in 2020, it could arrive in the form of the top three 2019 Xfinity Series drivers, all of whom are moving up to the Cup Series to quality rides (depending on how one feels about the current state of Richard Childress Racing). It wouldn’t be a shock if Tyler Reddick, Christopher Bell and Cole Custer start turning heads and winning a race or two right off the bat.

Still, recent history shows us that their success at the top level of the sport shouldn’t be assumed, and even if it comes, it could very well be at the expense of the existing class of 20-somethings. Suarez has already seen that firsthand, getting shuffled aside for Custer at Stewart-Haas Racing, and Joe Gibbs Racing’s confidence in Jones doesn’t seem ironclad either. Wallace and Richard Petty Motorsports haven’t exactly been setting the Cup Series on fire, and the team’s sponsorship situation feels continuously tenuous.

To avoid becoming NASCAR’s version of a lost generation, the young guns’ best chances — outside of the new Cup car slated for 2021 changing everything — lie in Elliott, Larson and Blaney. Over the last two seasons, Elliott has moved beyond simply being the series’ most popular driver and begun to capitalize on what was previously unfulfilled potential. Clearly the rock of the Hendrick driver lineup at this point, he needs only to find a little more consistency to take the next step up to bona fide championship contender.

(As an aside, Elliott would also benefit from the Chevrolet teams as a whole snapping out of their doldrums; it’s probably not a coincidence that the struggles of the young guns have come while five of them have been driving Chevys.)

Larson and Blaney have further to go, but it’s not impossible to envision them getting there. Though Larson has won only once since his fantastic 2017 campaign, he’s shown speed and a willingness to run lines that others can’t or won’t. It’s quite possible he’s being held back in some respects by his Chip Ganassi Racing team, though Kurt Busch also pulled off a win in 2019, so it’s not like the organization is fielding lemons. There’s just going to be an ongoing “What if?” if he stays in the No. 42 for the long term.

No such questions plague Blaney, who is in one of the better situations in NASCAR with Team Penske. He finished the 2019 season with more top 10s than in 2018 and made it one more round in the playoffs as well. Blaney also had the sixth-best average finish of any Cup Series driver and was among the top five in fewest crashes, meaning his five sub-30 results were mainly the product of bad luck. In other words, just running like he did in 2019 and having more breaks go his way could put him in the Championship 4 mix in 2020.

Alas, continued improvement by Elliott and company is only half of the equation. To snag a spot in the final four also means one of the veteran challengers needs to take a step back, and that’s far less certain. Harvick and Truex are already defying their age, and it would be a surprise to see them drop off suddenly. Kyle Busch is still in his prime and pulls off amazing feats on a semi-regular basis despite being an outspoken critic of NASCAR’s current rules package. He’s not going anywhere.

That leaves the final spot as the one most obviously up for grabs, but it figures to be fiercely contested as well. Hamlin had one of the finest seasons of his career in 2019 and is hungry to win a championship. Joey Logano and Brad Keselowski are proven contenders, with Logano only a year removed from a title of his own. The road to the Championship 4 likely runs through all of them.

In other words, it’s not going to be easy for someone under 30 not named Logano to get there. But while the young guns push might have been premature, it wasn’t necessarily misguided. It takes time, often more time than fans and the media like to admit, to turn raw talent into title winners — just look at Truex, who didn’t see the stars align for him until he was on the other side of 35.

It would be nice to see someone from the current crop of young drivers in the hunt at ISM Raceway next fall, but it’s way too early to write them off — even if the status quo remains intact.

Previous Ryan Preece Switching to No. 37, Ricky Stenhouse Jr. Driving No. 47 in 2020
Next Stewart Friesen Remaining in Truck Series, Moving to Toyota in 2020 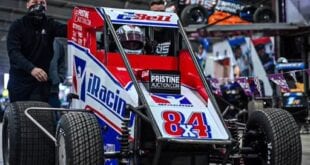