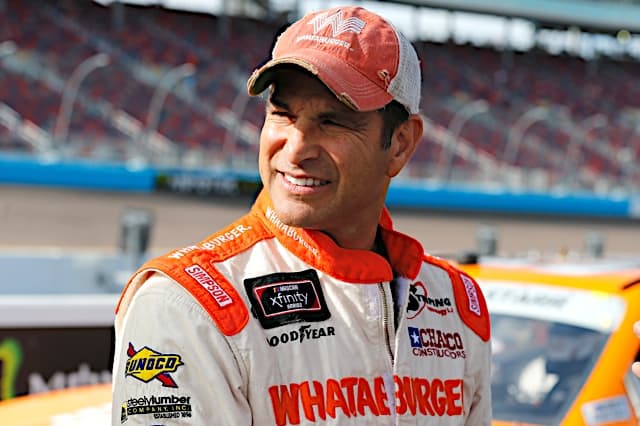 David Starr might be among the oldest NASCAR Xfinity Series regulars. But the 52-year-old will be returning to Jimmy Means Racing in 2020, continuing his full-time driving career.

Starr, 52, has spent the past two seasons running the No. 52 Chevrolet for Jimmy Means Racing, earning a best points performance of 22nd last season. He hopes to improve on that in his third year for Means and fourth consecutive full-time season in Xfinity.

“We have a good relationship,” Starr told Frontstretch. “We’ve kind of got a handshake, year-to-year type deal. I’m sure if someone else was bringing him $1 million or more, I would totally be out of the car.

Starr is coming off a season in which he had five top-20 finishes and an average finishing position of 26th — the best such average result Means has had with a full-time driver.

The desire to compete is still there for the Texan, which is why he feels he can relate to Means.

“I’m a racer, man,” Starr added. “I breathe, eat and sleep it. It ain’t like I’m bringing millions and millions of dollars. We don’t even operate on half a million. He puts a lot of effort into trying to make his cars the best he can make it. Every dollar I bring to him, I know he puts into the car and tries to get all he can get.

“I like to leave the racetrack with my head held high because we gave it all we had, got everything out of the racecar and everybody did a great job. If that’s 15th, 18th or 19th then that’s the best you can do under the circumstances. It just makes me feel good, and I like to compete. It just seems like the older I get, I still have that burning desire.”

Starr confirmed that Whataburger is expected to return as a primary sponsor, along with many of his 2019 backers. He’s still looking to add more funding.

When asked about the team’s 2020 plans at Homestead-Miami Speedway two weeks ago, Means declined to comment.