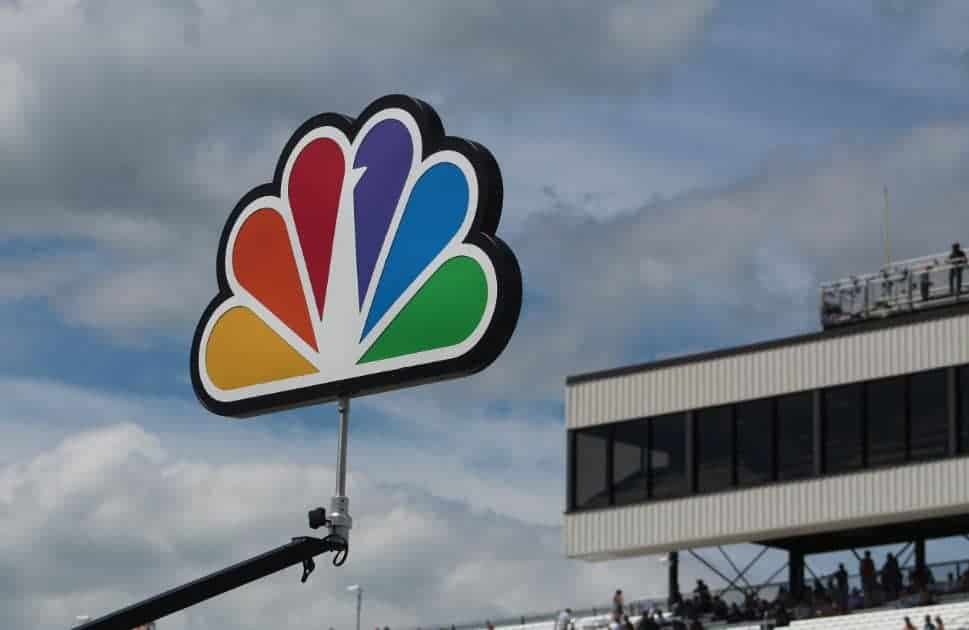 After a full season of NASCAR coverage in 2019, NASCAR has something to hang its hat on, as ratings for the Monster Energy NASCAR Cup Series increased ever so slightly over 2018.  The increase was very slight, but hey, every little bit helps.

It’s nowhere near where they were in 2014 (outlined here on Frontstretch‘s TV ratings page, which has data going back many years), but the hope is that with the ratings increases from last season, perhaps the worst of the erosion is over.

My biggest takeaway about the ratings in 2019 is that it was random at times which races would increase in viewership and which would drop.  Ratings increased 10.7% for the Coca-Cola 600 at Charlotte Motor Speedway in May.  That race lasted nearly five hours and ended at 12:50 a.m. EDT.  Sonoma Raceway, meanwhile, was up 5% despite having very little action for much of the race.

In other examples, New Hampshire Motor Speedway was up 11% with a slightly more competitive race than usual, while  Michigan International Speedway jumped nearly 12% for a race that was won on fuel mileage.

Others are a little more obvious, like the ratings increase at the Bristol Motor Speedway night race when Matt DiBenedetto came within 15 laps of claiming his first win.

Some of the decreases, meanwhile, are easy to explain.  Both Watkins Glen International and the Food City 500 at Bristol moved from over-the-air TV to cable, which always hurts ratings.

The November race at ISM Raceway was down nearly 20% over 2018.  Why?  Because the rule package created a terrible race to watch, and the early-season event at the track certainly didn’t help matters. That was combined with impenetrable playoff coverage that made it hard to follow the event.

I’ve found in the past that the race itself doesn’t affect ratings as much as you’d think; actual race fans don’t necessarily skip races because they think it’s going to stink. ISM’s an exception.

As you can imagine, that is very concerning for 2020 with the season ending there.  During his state of the sport press conference at Homestead-Miami Speedway last month, NASCAR president Steve Phelps noted that NASCAR is looking into changes to the short track and road course rules package to improve the racing at those tracks.  What those changes will look like is anyone’s guess right now.

Are the the overall ratings increases sustainable?  I’m not sure, but I hope so. These days, having a good-sized audience watching the races is key, not just on TV, but at the track as well.

That said, there are challenges.  FOX Sports is going into unknown territory with no Darrell Waltrip for 2020 and potentially more changes in its on-air lineup down the road.

NBC Sports’ good work, meanwhile, collapsed in the last couple weeks of the season.  The aforementioned 20% drop at ISM, combined with the drop at Homestead, wiped out NBC’s gains for the year (it ended up flat for the year; Cup rose overall thanks to FOX’s gains). NBC cannot run out of gas in the final three weeks of the season, lest similar issues arise in 2020.

The short track/road course package rule changes for 2020 are going to be key for how the ratings will sort out on those tracks.  If whatever NASCAR comes up with results in more competitive racing, excellent.  It’s especially crucial to improve ISM since the championship will be decided there.  The current package on shorter tracks really only worked at Bristol.

The Xfinity Series saw every single race during the FOX portion of the season drop in ratings, some by quite a bit.  The biggest drops came with Texas and Talladega in the spring, but both of those drops came due to those races being moved from FOX to FOX Sports 1.

The NBC edition of the season saw nine different races post rating increases over 2018, excluding Daytona and Indianapolis from this due to rain issues.  NBC’s broadcast from Darlington was the highest rated Xfinity race of the year and the only one to break a 1.0 in the Nielsen ratings.  The 22% increase had a lot to do with Dale Earnhardt Jr. being in the race.

For 2020, FOX needs to do something to solidify its Xfinity broadcasts. Having Earnhardt race at Homestead might give it a good number in March, but it won’t result in a rating increase for the track over this year.

Racing-wise, 2020 will be wide open in the series since the Big Three (Christopher Bell, Cole Custer and Tyler Reddick) will all be in Cup. Broadcasters have to be more inclusive and show as much on-track racing as they can.  Luckily, outside of Cup, ratings are not as likely to be affected by drivers graduating as Cup ratings could be by drivers retiring.

Also, FOX likes to have its guest analysts, but it needs to settle on a lineup and keep it.  NBC seems to have a good thing going right now. It needs to continue to be more inclusive, yes, but in general, keep up the good work.

The Gander Outdoors Truck Series actually turned out quite a bit better than I thought it would for 2019.  Eight of the 23 races saw rating increases over 2018, but 11 saw decreases.

FOX got off on the right foot with increases at Daytona and Atlanta before dropping a little at Las Vegas.  Later in the year, there were some rating increases in the playoffs.  Probably the most significant was 32% ratings increase at Martinsville Speedway in October for what was a pretty good race.

The big drops ratings-wise came with Bristol and Talladega later in the season.  That’s because both of those races moved from FOX to FOX Sports 1 and dropped significantly.

Long term, ratings for the series will ultimately depend on the good graces of FOX.  Will they give the series its proper due?  Will it get the appropriate level of coverage that would be necessary to grow the series?

2019 saw nearly all practice coverage for the series curtailed after Atlanta.  Qualifying coverage would often air on FOX Sports 2, limiting the reach.  Pre-race coverage is always based out of Charlotte, which is quite limiting no matter what Kaitlyn Vincie’s doing with her cohorts.  A number of the races saw the broadcast booth not make the trip, especially after the Cup and Xfinity races on FOX networks ended for the year.

Continued ratings growth for the Trucks is likely dependent on not doing that.  I just don’t know if FOX is up to it.

If you believe NASCAR’s propaganda that the tv viewings were up this year then I’ll steal George Straight’s line and tell you, “I’ve got some ocean front property in Arizona.” Oh, and “If you’ll by that I’ll throw the Golden Gate in free.”

To state it plainly: 18 of the 32 Cup races “run as scheduled” declined in ratings. The last three races showed a decline; the last two seriously. I think this is a reflection of what fans think of “The Chase” and “The Playoffs”.
Do these figures mean anything to NA$CAR should be your next question?

Bill B
Reply to  Fed Up

I agree with your hypothesis. What’s worse is that, if a fan that doesn’t like the chase decides, what the hell, I don’t have anything better to do so I’ll watch the race, they are bombarded with chasecentric coverage for the last 15 races of the season. NBC really needs to cover the race and keep the chase BS to a minimum. I can understand the final race being heavily chasecentric but the rest should not be. It’s annoying as hell to watch a 3 hour race and then need to go on line the next day to find out what happened.

These figures may not mean anything to NASCAR today but I’m sure they will in a few years when the TV contract negotiations come up. That ought to be a spin job for the ages.

Maybe its as simple as what else there is to watch at the time.

Great. So they’ve managed to convince themselves that a garbage car that can’t make a competitive green lap pass for the lead and horrendous tv coverage is working. Expect them to double down and make it even worse in 2020. :-(

The issue with the ratings for the last few races of the season is very obvious that people are sick of the playoff drivers essentially being the ONLY story and the ONLY ones in the race. At least it seems that way. NBC can do a much better job covering the races even the final race and still do a credible job with the Championship coverage. Those of us watching can only take so much of playoff driver a,b,c, and d lapping the track 2 or more seconds apart from each other or other cars. NBC should also attempt to get into why faster cars other than playoffs teams always seem to lack speed at the end of the race so the champ always “seems” to win. Not knocking the playoff teams but seems odd that every year the champ has also been the race winner. It is becoming less and less statistically possible for this to continue to happen. Also another issue for the ratings might be the dominance of JGR with their Toyotas.

I think you left out part of that sentence:
It is becoming less and less statistically possible for this to continue to happen…
….unless all the other drivers are pulling over.
It has become painfully obvious that that is the case. Therefore I don’t think there is anything for NBC to “get into” unless they want to confirm and call attention to what we all know to be true.

“The aforementioned 20% drop at ISM, combined with the drop at Homestead …”
If the Playoff format can’t produce a decent audience in the stands or via TV, this has to be an indictment of the whole wacky playoff concept.
ISM (Phoenix) is obviously a loser track — so they are going to hold their finale there next year?

So viewership declined as the ‘playoff’ went on. I guess it doesn’t matter whether the title is sewn up with 2 or 3 races to go, or it isn’t known until the final race. The quality of the racing and competitiveness is what people want to watch. The same 3 or 4 teams winning for the same team owner doesn’t seem too compelling. Mayybe it’s time to pare owners down to 2 teams to keep things more interesting. And affordable?

HUh, ratings up slightly from 2018. Did anyone look at 2018 ratings and see that they were in the DUMP?

come on, stop being a shill for nascar.