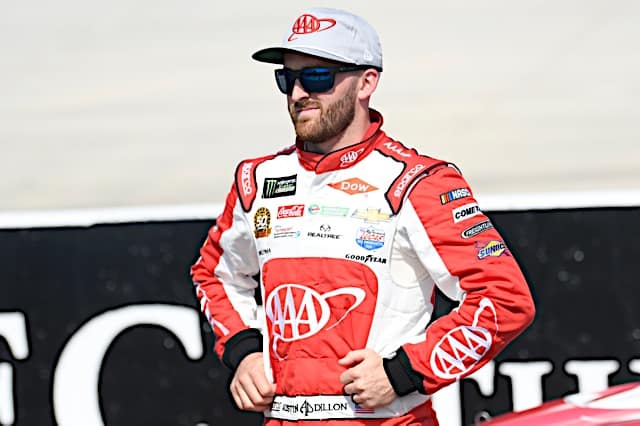 “We’re getting the band back together!”

That statement has long evoked memories of getting a group back together who had past success. For 2019, that was the call for the No. 3 NASCAR Cup Series team of Austin Dillon.

While he’d won the Daytona 500 in 2018, that was his only win and one of two top fives. A 13th-place finish is points was not what was expected. As a result, Justin Alexander was reassigned and Danny Stockman climbed back onto the pit box for Dillon. The two had won Gander RV & Outdoors Truck and Xfinity series titles in the past, so Richard Childress Racing hoped they could recapture that magic.

Sadly, it did not work out that way, with no wins or top fives, and only six top 10s.

Things started with a return to the seen of the 2018 victory at the Daytona 500. Unfortunately it ended with a truly uneventful 16th-place finish and no laps led. The next week at Atlanta Motor Speedway wasn’t any better, with zero laps led and a 21st-place finish. Next up was Las Vegas, where Dillon finally put two ticks in the laps led column, but that was the highlight of the week, finishing 20th. The fourth race of the season was Phoenix and another ho-hum performance, although a seventh-place finish in the first stage accounted for four additional points and the first stage points scored on the season.

Week five was a great run at Fontana, starting with winning the first pole of the season and the first for the No. 3 since 2016. Unfortunately there were no stage points but there was a top-10 finish, the first of the six on the season, and the team’s first lead-lap finish.

Week six of the season saw another lead lap finish at Martinsville. It didn’t start well with a 29th-place qualifying position. He rebounded for a 10th-place finish in the first stage for a stage point and ended the day in 11th. Weeks seven and eight saw back-to-back 14th-place finishes at Texas and Bristol. Both included stage points, a fourth in stage one at Texas and a ninth in stage two at Bristol. Texas included five laps led for his second race led of the season. Richmond was next on the schedule and another decent week. A sixth-place start and sixth-place finish with no stage points in the middle was his second top 10 of the season. Race 10 was at Talladega and the No. 3 started its second race of the season from the pole. Dillon finished third and fifth in stages before wrapping up the race in 14th for the third time in four races. Weeks 11 and 12 were the last two races for some time with finishes above 20th place. Dillon finished 19th at Dover and 17th at Kansas with no stage points.

Off to Charlotte and Pocono for races 13 and 14. Both races ended with crashes and finishes of 34th and 37th. While Michigan was a little better, it still wasn’t a lead lap finish. It did have his first stage win of the season in stage two, along with seven laps led, but the finish was 26th. Road racing has never been a strong suit for Dillon so a lead lap finish in 24th at Sonoma was not surprising. After a month of terrible races, Dillon grabbed his third pole of the season at Chicago and snared his third top ten of the year with a tenth place run. He did have a fifth place finish in stage one to go along with his top ten run. The midway point of the season at Daytona saw Dillon crash for the third time this year and slip back to a 33rd place finish. Before the crash, Dillon was able to win stage two for his second stage victory of the season and he led a race high 46 laps before being involved in the Big One.

Kentucky was another poor run for the No. 3 with a 35th place run. He did score a third place finish in stage two before his poor finish thanks to a gear issue. Loudon was another disappointing effort, 33 laps down and a 32nd place finish. Dillon was in an early race incident and had subsequent blown tires that contributed to his huge lap deficit. Pocono was the 21st race of the season and, outside of a sixth place finish in stage two, it was a subpar race for the No. 3 team. They came home in 19th place. Watkins Glen was another road course race and it goes without saying a long weekend for Dillon. Started 28th, finished 31st one lap down. Michigan was a good race, although no stage points were scored. Dillon took the green flag in 37th and came home in 13th. Race 24 was Bristol and the end of the lousy races for 2019. Dillon had an early flat tire that put him into the outside wall during the race. As a result, he finished the race 123 laps down in 34th .

The final two races of the regular season saw Dillon start in 14th and 18th at Darlington and Indianapolis. He didn’t manage any stage points in either race but he did come home 10th and 12th respectively.

The start of the playoffs in Las Vegas saw Dillon start the race in 7th place. A fifth place in stage one was followed by a race finish of 12th for the second race in a row. The next three races were not great but they weren’t the mid-summer doldrums that plagued the team. Richmond saw him start 17th and come home in 22nd. Dillon was involved in an accident during stage two which contributed to his finish four laps down. Next was The Roval at Charlotte where Dillon nabbed a 30th place start and a 23rd place finish. There were no stage points but he did manage a lead lap finish. Dover had a 27th place start and an 18th place finish with no stage points again. The midway point of the playoffs was Talladega where Dillon managed to lead his only lap of the playoffs and his 61st and final lap of the season. He started the race in 20th position and came home in sixth, tying his best finish of the season. Dillon also nabbed stage points in stage two with a fourth place finish.

The final five races of the playoffs, and the season, began in Kansas with a ninth place start and a 20th place finish. Martinsville began in 23rd place and ended in 22nd. With the difficulty in passing on short tracks this year Dillon didn’t really move much the entire race, ultimately finishing one lap down and one spot behind where he started. Texas was better with the No. 3 taking the green in 21st position, sixth place in the first stage before a 13th place finish in the race. The penultimate race of the season in Phoenix began in 28th position and ended with a 24th place finish. No stage points were scored. As the racing season came to an end in Homestead-Miami, Dillon began the race in 22nd position. He scored his final stage point of the season with a tenth place finish in the first stage. The final finish of the season was an eighth place.

This season was basically a disaster for Dillon. He had his second best starting average of his six full-time seasons, but the finishes were not there. Zero wins, zero top fives and an average finish of 19.5, the second worst of his full-time career. He also had the fewest lead lap finishes of his career.

Gettting the band back together did not pay off. Next year we’ll see if getting the replacement back can get the No. 3 back on the track that Dillon and Alexander were on before 2019.

For the level of funding that this race team has, this is a real head scratcher. The driver has demonstrated the ability to win. The funding is there. The engineering is okay, about the level of say, Roush. Maybe all the Chevy’s had a down year?? I dunno…

Demonstrated the ability to win???? Really?!!!! I thought he won a fuel mileage race and a restrictor plate race (by wrecking the leader on the last lap). Neither of which demonstrates the ability to win to me. He has backed into a couple of wins. Only made the chase once if I recall. If he were at any other team he would have been gone 2 years ago. He is barely a top 20 driver. Nepotism is rarely a good thing for an organization (see Brian France).

Or maybe you were being sarcastic and I missed it. If so,,, Good one!

Really surprised he has a job still. Of course not with Grandpappy, but you get what I mean. A hot mess, and has a ride. Whatever, not my money being flushed.

A grade of C- is too generous.

Harvick had it right, If it wasn’t for poppop he would be sitting in the grandstand,