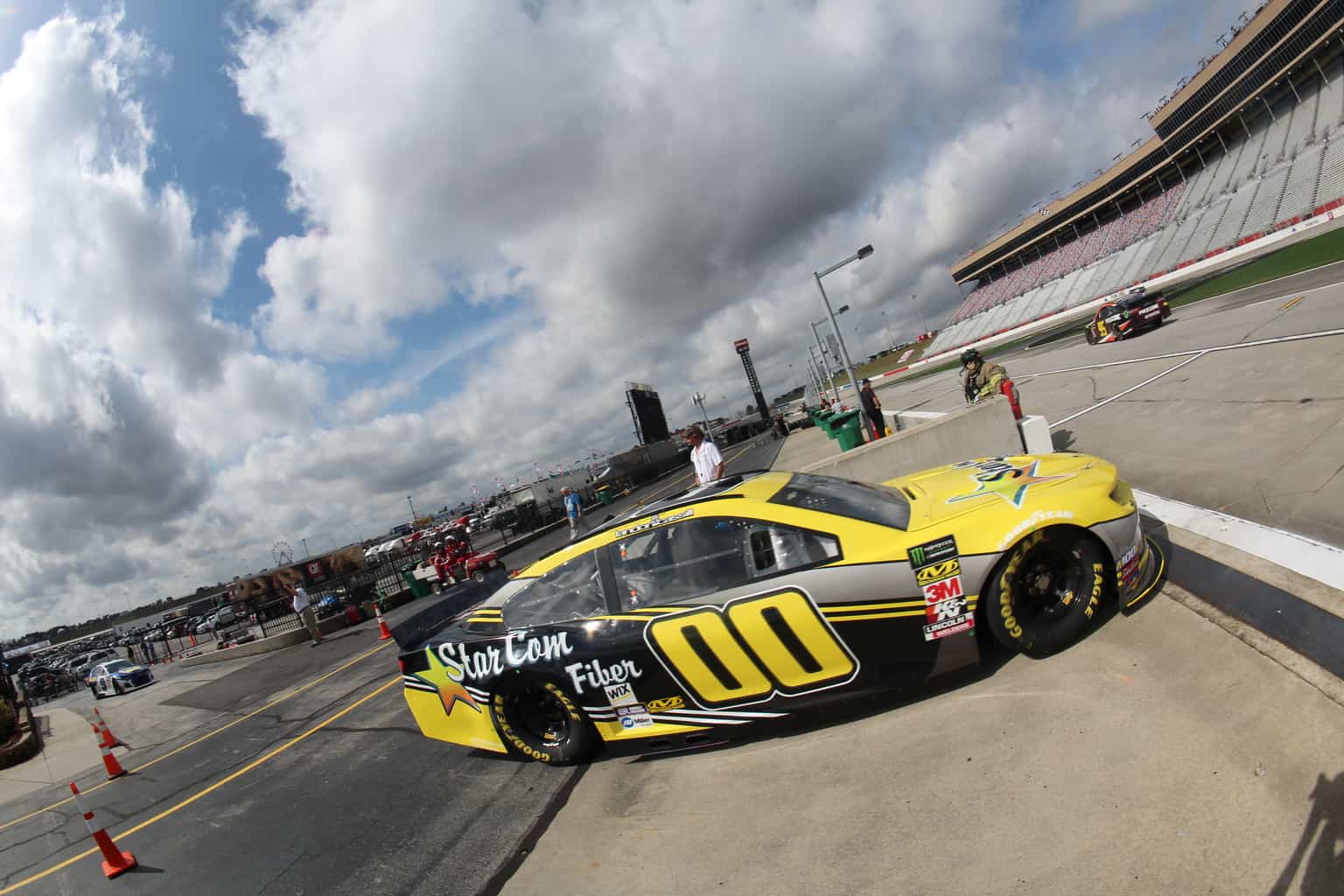 Fan favorite Landon Cassill returned to the NASCAR Cup Series as a full-time driver for StarCom Racing in 2019, racing with a charter that had been acquired from Richard Childress Racing. In addition to the charter, StarCom received technical support from RCR and engines from ECR.

It came to no one’s surprise when Cassill was tapped to drive for StarCom full time after his consistency in the car in 2018 in a part-time role. What Cassill brings most of all to small teams is an uncanny ability to improve the car and team wherever he goes. In 2016, he was hired to replace David Gilliland in Front Row Motorsports No. 38. That season, he improved the No. 38’s average finish by three full positions.

StarCom looked to improve in its sophomore season with veteran Cassill. While wins were not within reach, they certainly could expect to improve upon the No. 00’s 2018 average finish of 29.9.

However, overall improvement was lacking through 17 races of 2019. Cassill had an average finish of 31.3, down from 30.1 the previous year, and had six finishes inside the top 30.

But the pair’s season was about to change positively. At the Coke Zero 400 at Daytona International Speedway in July, Justin Haley and Spire Motorsports won the rain-shortened race, but Cassill almost had it before opting to pit shortly before the race-ending caution.

Had my chance. Gave it away

Hindsight is 20/20, and Haley’s victory easily could have been one for Cassill. Still, the team ended up finishing 11th, Cassill’s best of the season and the top finish in team history, besting a pair of 18th-place finishes from Cassill (Las Vegas Motor Speedway) and Joey Gase (Talladega Superspeedway) in 2018. The finish was also Cassill’s best since April 2016 at Talladega (11th) when he drove for Front Row Motorsports.

The finish sparked new life in Cassill and the No. 00 for the remainder of the season. For the final 18 races, Cassill averaged a 28.4 finish. If you count the 11th place at Daytona, his average finish improves to a 27.5 in the last 19 races. Compared to the first 17 races of the season, Cassill improved his average finish by nearly four positions.

He also finished inside the top 30 a total of 15 times, including two long streaks. The first was a six-race stretch between New Hampshire Motor Speedway in July and Darlington Raceway in September. The second was a streak of five straight, between the Cup playoff opener at Las Vegas Motor Speedway in September and Talladega in October. The Talladega race also saw Cassill lead the first lap – and the only lap to date – in StarCom history, and he finished 14th. Cassill now owned the first-, second- and third (albeit a tie)-best finishes in the short history of the team.

Sandwiched between the two streaks was the Big Machine Vodka 400 at the Brickyard at the Indianapolis Motor Speedway. That day, Cassill had one of the scariest wrecks of the season. He blew a right-front tire on lap 42 and slammed hard into SAFER barriers in turn 1 at an awkward angle. The car hit so hard that NBC commentator Steve Letarte noted that the impact damaged the roof of his Chevrolet. The car then slid through the south chute and hit again in turn 2 before coming to a stop.

Cassill was understandably slow putting down the window net to signal to the safety workers that he was OK. Thankfully, he climbed out under his own power and walked to the ambulance for the mandatory ride to the infield care center. He finished 40th in the Brickyard 400, the team’s only last-place finish of 2019.

If you look at the season as a whole, Cassill and StarCom didn’t see much improvement from 2018. But one must point to the second-half improvements. The team knew when the season started that a victory was more than likely out of reach, but consistently running in the top 30 may have been an obtainable goal. In 2018, the No. 00 saw four different drivers pilot the car (Cassill, Gase, Jeffrey Earnhardt and Tomy Drissi). Collectively, they had a total of 15 top-30 finishes and never had more than three straight. Cassill, as the sole driver in 2019, accumulated 21 top 30s.

The one negative mark for Cassill’s season was that he failed to improve on top-25 finishes; in fact, the No. 00 regressed in that department. In 2019, he scored five top 25s, down from eight the previous season.

Many expected to see Cassill back behind the wheel of the No. 00 for StarCom in 2020. Then, on Nov. 27, it was announced that Quin Houff had signed a two-year deal with the team and would be taking over driving duties from Cassill.

In a team statement, the organiozation thanked him for his contributions to the team and stated it still held a commitment to him for 2020, the details of which would be released at a later date.

Still committed to @StarcomRacing for 2020 and the Cup Series™️ full time. If I can add to that with more NXS racing like I’ve done with Shepherd Ventures and @JDMotorsports01, I have no doubt it will be as rewarding as always. https://t.co/wofR2xU5P0

Despite the lack of an impressive record book, everywhere Cassill has gone, he has improved the team and the car. The same is true for StarCom from 2018 to 2019. As can be expected, when your average finish goes up, so does the amount of points you earned. The No. 00, with four drivers, earned 259 points in 2018, and Cassill scored 285 owners points in 2019. That is a step in the right direction for a young team.

Still, Cassill’s 2020 schedule is unknown. If funding can be secured, he and Shepherd Racing Ventures owner Morgan Shepherd have expressed interest in running a full schedule in the Xfinity Series. Should Cassill want the ability to run the full Xfinity and Cup series schedules, he will need to declare his points eligibility for the Xfinity Series as he did in 2019.

However, no matter where Cassill drives, he will get the absolute most out of the equipment and do his best to improve the team – as he did for StarCom in 2019.

You don’t talk about how many times they had mechanical issues . There was about four races in a row they pulled behind the wall for fuel pressure issues. One time was the battery . Multiple issues was from the shop. Car flat not ready to race.