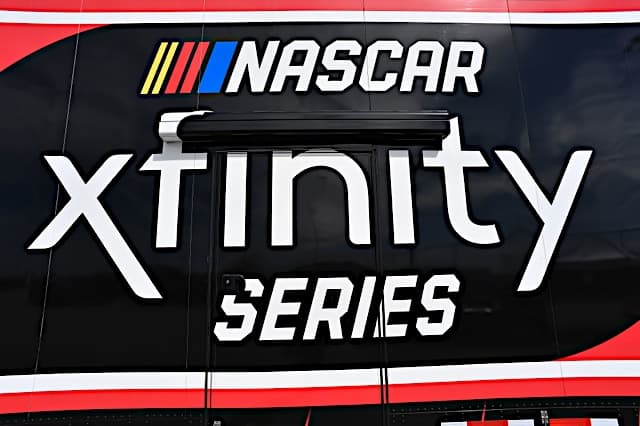 The goal of NASCAR going with the new premier partnership route is to provide strategic benefits to the industry, including greater activation opportunities for brands in the sport. NASCAR believes this grouping of premier partners will play a pivotal factor in consumer marketing and fan development initiatives moving forward.

One of the sponsors — Xfinity — has been an entitlement sponsor for the past five years with the NASCAR Xfinity Series. When entering the sport in 2015, some fans had no clue what Xfinity was. But since then, those same fans have seen Comcast go out of its way to help market NASCAR while gaining brand awareness across the board. Xfinity is a subsidiary company under the Comcast banner.

Moving to the Cup Series as one of the premier partners is a whole new ballgame and something Xfinity is excited for.

“The model that NASCAR has moved to, which we believe is the right thing for the sport, absolutely presented the opportunity, but the justification for it came from the way the fans, the industry and everybody involved in the sport has embraced and helped us grow our brand over the past five years.”

While Xfinity has built its brand up over the past five years in the Xfinity Series, the goal was to never be part of the Cup Series. Rather, Xfinity solely wanted to support NASCAR as the entitlement sponsor of the top preliminary series. But when the opportunity came up to become one of NASCAR’s four premier partners, it was a no-brainer for the company.

“If you would have asked me three or four years ago if this was our vision and our road map, no,” Lederer added. “But the opportunity that NASCAR presented in terms of the historic shift that they’re making to the sport provided the opportunity, and the results of success from the past five years gave us the confidence and justification moving forward with it.”

By becoming one of the premier partners, naturally, questions would swirl about Xfinity’s dedication to the Xfinity Series. Will it remain loyal?

Lederer confirmed that while negotiating in becoming one of the Cup Series premier partners, Comcast made it clear that it was important to keep its brand on the Xfinity Series because of the work its done over the past five years. Xfinity has a deal to continue as the series’ entitlement sponsor through the 2024 season.

“The reason why it was important to us is because we believe that series, probably more so than any of the other series, has a really strong brand identity,” Lederer said. “It’s the series where ‘names are made here.’

“NASCAR should take a ton of credit over the past few years in getting that brand identity to be matched with the reality of the series as well. Whether it be the playoffs, Dash 4 Cash or some of the driver participation rules that they put in place, we’ve really enjoyed the fact that that series has a very unique identity to it within the NASCAR ecosystem.”

In addition to being a premier partner, Xfinity will sponsor the Championship 4 elimination race of the 2020 NASCAR Cup Series Playoffs at Martinsville Speedway. This will be the first time Xfinity has been a title sponsor of a race, something it’s excited about — specifically the fall Martinsville race, where there tends to be a lot of animosity on a yearly basis.

“Going into next year having it be the final cut race before we go on to Phoenix [ISM Raceway] provides additional visibility,” Lederer said. “To be honest, the Martisnville race, regardless of where it is on the schedule, typically provides some drama. We think that will be nothing but increased when the final four is on the line.

“The fact that it’s on NBC, and from a Comcast standpoint, we’re in the same family as NBC. All of those things together, we’re excited about our first race entitlement.”

For the past five years, Xfinity has taught drivers in the Xfinity Series about its brand and key proponents of making it successful with certain products. Lederer mentioned Comcast will “have a lot of work to do” in educating the Cup drivers of the Xfinity brand, whether it’s getting a hold of their respective Public Relations team or coaching the drivers themselves.

Since 2016, Comcast has had an annual Xfinity Takeover of Philadelphia, where drivers of the Xfinity Series do a plethora of events. The goal is to add even more value to that in 2020, possibly bringing in Cup drivers.

“I think we’re going to work hard on expanding that,” Lederer noted. “We love to have that event here in our headquarters, and it’s a really great race market with tracks like Dover and Pocono being a quick drive away.”

It was also made clear that all three national touring series champions will be honored at Universal Orlando Resort following the 2020 season, something Comcast has done the past two years with Tyler Reddick after he won the Xfinity Series championship.

“We think that provides a lot more oomph to that day,” Lederer said. “We think the event will be bigger. I know the park in Orlando is excited about it, and we think it provides a really good opportunity. That’s an example of an event we have done in the sport over the past few years that is now going to be amplified through this new partnership.”

On a personal level, Lederer is thrilled about the addition to Cup, as he’s been one of the people in charge of Xfinity’s branding in NASCAR.

As a race fan himself, it’s almost a dream come true being such an integral part of NASCAR.

“At the same time, I also look at what we’ve been able to do and take the Xfinity brand and now be a part of a premier group of sponsors that includes brands like: Coca-Cola, Geico, Busch Beer, those are blue chip sports brands. Having brands in the sport of NASCAR and to be in the same family and same group as them, it’s humbling from a brand standpoint, and being able to do this personally is very humbling.”

Once again, Xfinity has proven it’s dedicated to building the NASCAR brand as a whole.

Editor’s Note: This article is posted in collaboration with an outside sponsorship client.

Xfinity will probably raise the already high rates I pay each month for their cable/net to support expanded sponsorship.

“…getting that brand identity to be matched with the reality of the series…” You mean to properly convey that it’s a shell of what it once was?