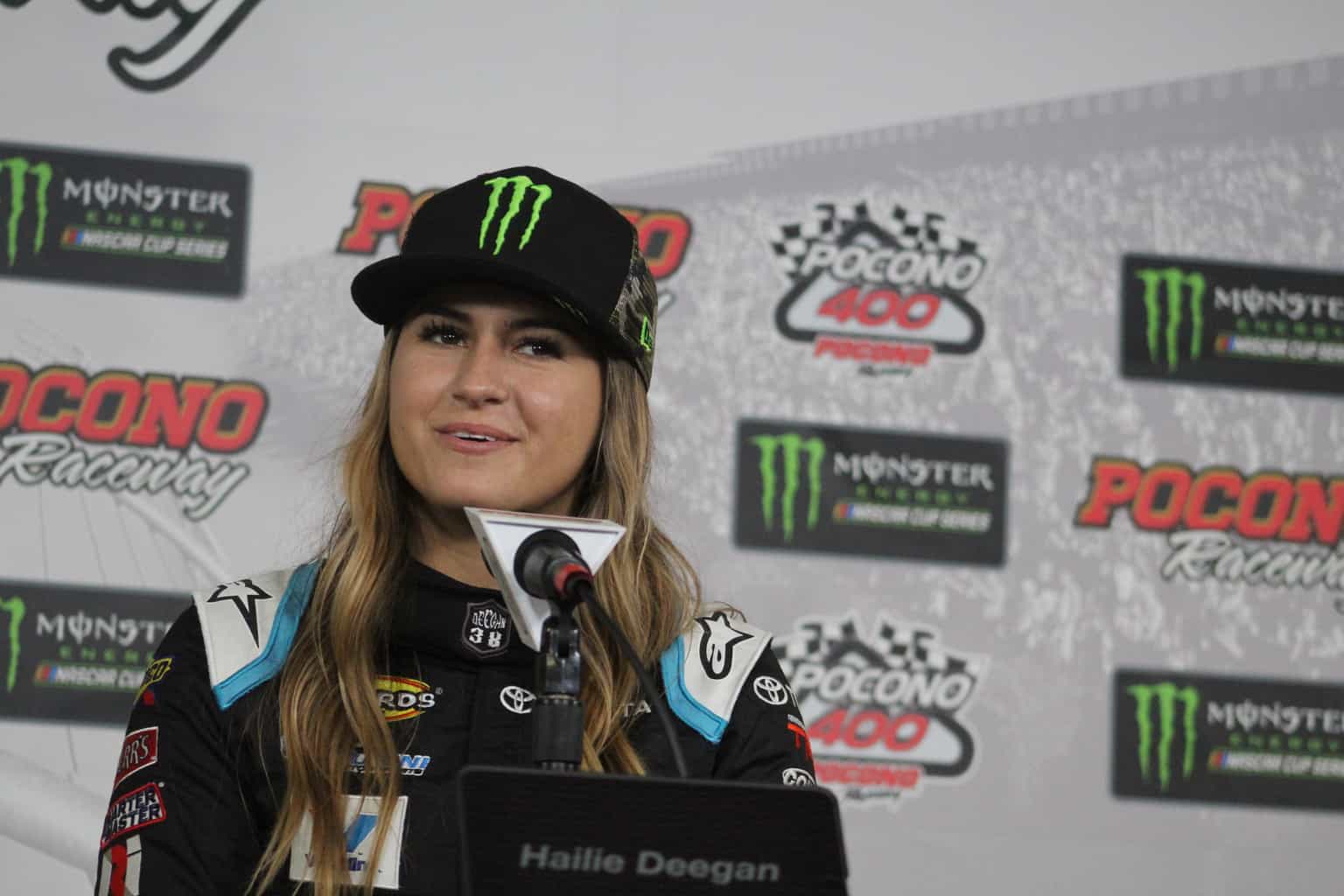 In addition, DGR-Crosley announced it has signed Deegan to the full 20-race ARCA Menards Series schedule in its No. 4 Ford Fusion.

Deegan raced two full-time seasons in the ARCA Menards Series West, as well as some East events, in a Toyota. She has three wins, 13 top fives and 23 top 10s, all in the West Series.

She also has some ARCA experience under her belt, competing for Venturini Motorsports in six events in 2019. She earned one top five and four top 10s during that time.

“I could not be more excited to join Ford Performance and DGR-Crosley next season,” Deegan said in a team release. “Growing up watching my dad race a Ford, and now to be able to do the same thing is very cool. It’s important to me to be teamed up with a hardworking group such as DGR-Crosley with like-minded visions and goals. We are all committed to working as hard as it takes to finish on top. I look forward to the upcoming season and learning as much as possible to get me closer to accomplishing my goals of winning races.”

Deegan currently has no plans to compete in the NASCAR Gander RV & Outdoors Truck Series for DGR-Crosley in 2020, though that could change toward the end of the season.

Please don’t compare her to Mrs. Arron Rogers. Give her a chance and if she drives a little over her head, remember Jeff Gordon.

At least the Dumb portion of Dumb and Dumber (Waltrip and Waltrip) has retired. We will not be hearing of her every move and she may just have a chance.

Don’t you think that in the diva’s eyes Aaron is Mr. Danica Patrick?

I’m curious of the back story to Toyota cutting her loose. Wish her luck though.

Listening to Hailie speak, I don’t think she is the least bit a diva. For her age, she seems to have a pretty good head on her shoulders and is aware the dangers of jumping too soon if she’s not ready. I think and hope she will do well, but time will tell.

I saw a short documentary on Danica (I think it was on Amazon Prime) and it revealed what I kind of suspected. She had no chemistry with her NASCAR team. Why? Because hanging around with the guys who worked on the car wasn’t her job. Her job was to show up and drive the car. Quite telling, IMO.

Her real problem is that before she even ran a lap in NASCAR she considered and carried herself like a star. Even after it was clear that she sucked she still acted like she was a top driver.

Its almost laughable that two years after shes been gone people are still talking about her, while others who never won anything either arent even a memory. Interesting.