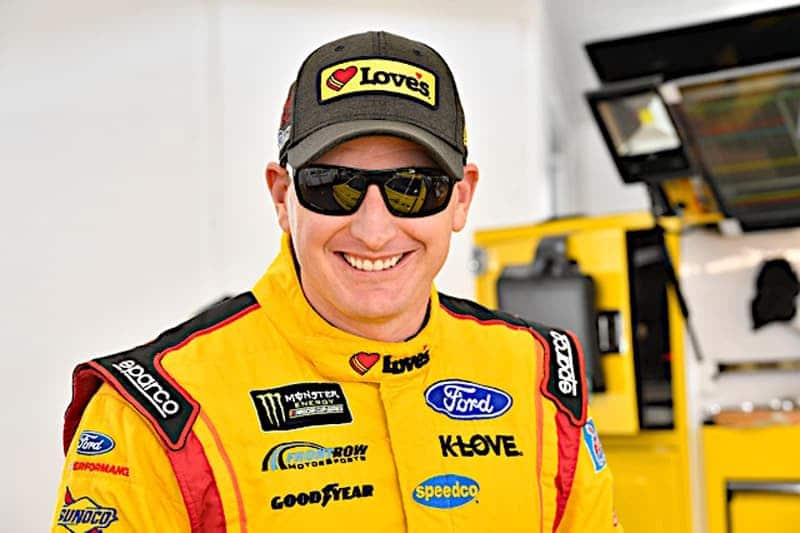 The 2019 NASCAR Cup Series season marked Michael McDowell‘s second with Front Row Motorsports. The veteran driver has been plugging away, steadily improving in his effort to be known for more than a jarring demonstration of the safety improvements of the Car of Tomorrow more than a decade ago.

The trials and tribulations of a small team in the midst of big-money NASCAR organizations is nothing new for McDowell. He has adapted well to the tempered expectations that come with having mid-pack speed. McDowell sports a resume that features stints driving for Tommy Baldwin Racing, Leavine Family Racing and Mike Curb, so he’s spent over a decade making the most of his machines.

That’s part of what made his fifth-place finish in the opening race of the year so impressive. Smaller outfits like FRM have a love/hate relationship with the great equalizer that are superspeedway races. All too often, the cars return to the shop looking as if they had been tossed in a massive blender, and a damaged racecar can be a crippling expense. But survive the carnage and the reward could come as a top-five finish or perhaps even a victory, as it has been for FRM once before.

McDowell saw both sides of that equation in 2019. For the first time in his career, he notched more than one top-five result; his fifth in the Daytona 500 was followed by another fifth place effort at Talladega Superspeedway in October. However, the first race of the year at Talladega left McDowell’s Ford mangled in a lap 11 crash en route to a 40th-place finish.

The Phoenix native always seems to be positive and upbeat regardless of the situation, but things got rather interesting following qualifying at his home track, ISM Raceway. Daniel Suarez felt that McDowell blocked his line while the two were making their qualifying attempts and angrily went to confront McDowell on pit road as he emerged from his car. McDowell wasn’t having any of it and the two got into a scuffle that saw Suarez slam McDowell to the ground, only to end up flat on his back against the No. 34 car’s hood when his much larger adversary rose from the pavement.

McDowell seemed a lot more lighthearted about the incident afterward than Suarez, seemingly viewing it as a momentary disagreement and ready to put the event behind him. Unfortunately, the weekend didn’t get much better on race day, as he was swept up in a crash and relegated to a 36th-place finish. The finish was his third straight in the 30s, a run that dropped him from ninth in the standings after Daytona to 30th just three events later.

The No. 34 team spent the majority of the year somewhat under the radar. While it was probably for the best that its driver wasn’t getting suplexed on pit road again in front of a national audience, it also indicated that the team wasn’t finishing as well as it would have liked. Until the summertime return to Daytona, the team only had one finish better than 20th (15th at Texas Motor Speedway) and led just two laps.

While July’s 13th-place finish wasn’t as remarkable as the fifth he earned in February, Daytona brought about a bit of an upswing for McDowell. He finished in the top 20 six times over the second half of 2019, including the aforementioned top five at Talladega in October. He also led 16 laps in the early going at Las Vegas Motor Speedway but finished 24th, his 10th-place start not panning out as well as the team had hoped.

One of those top-20 finishes came at the Charlotte Motor Speedway ROVAL, but while McDowell is an adept road racer, that weekend brought about its own unique challenge. On Friday, Sept. 27, McDowell passed a kidney stone and was forced to miss practice. Xfinity driver and fellow Ford wheelman Austin Cindric took over the No. 34 for the day. McDowell was cleared to race and finished 12th, moving up 10 spots from where he took the green flag.

While McDowell will be back in the No. 34 for 2020, it was a year of change for his team. Longtime competitor and the longest-tenured FRM driver, David Ragan, hung up his driving suit in favor of a more fulfilling home life. Newcomer Matt Tifft was forced to vacate his ride due to health concerns for the second time. With that departure, FRM condensed to a two-car operation at season’s end.

Like Ragan, McDowell is an active family man, but unlike most drivers, he regularly shares pictures of his wife and children both at the track and away from it.

He is very active on social media, often tweeting post race videos containing the team’s results and his overall perspective on the weekend. He also responds to fans and will regularly share their pictures with him or sporting his shirts and hats. His personable demeanor and willingness to interact with fans makes him a popular follow online and is part of the reason that he has nearly 100,000 Twitter followers, a sizable number for a winless driver on a underfunded team.

McDowell will have a new teammate at FRM next year with John Hunter Nemechek coming on board, but the goals for the organization remain the same. Like most small teams, constant improvement, consistent finishes and making the most of the opportunities are the name of the game.

In a time where many such teams are constantly swapping drivers from one week to the next, one would have to think that the consistency of having the same full-time driver for a third straight season will serve to make those goals more attainable.