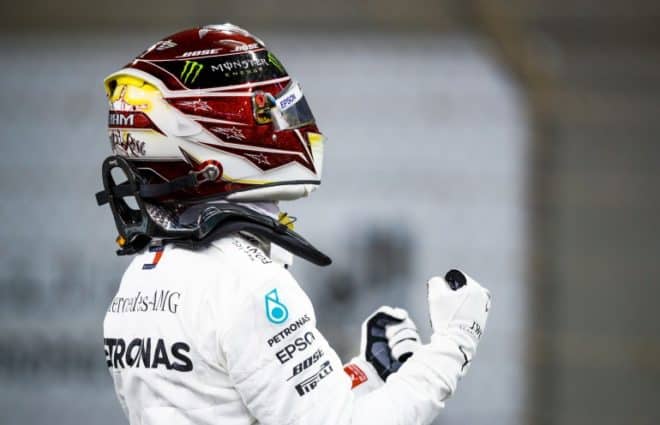 The Formula 1 season concluded with Lewis Hamilton cruising to a win at Abu Dhabi, further distinguishing himself from the rest of his peers during his sixth championship season.

There were, however, other teams and drivers on the track, and this is where we get to go through the field and examine how they did.

The order here does not reflect the actual constructors championship but rather a ranking of expectations and performance.

You may actually recall that Alfa Romeo was not in existence just two years ago.  It seems like much more time has passed since it held the Sauber moniker in the garage, but while the name has changed, its performance has remained somewhat similar.  In 2017, Sauber held the last-place position in much the same way that Williams does now, struggling not only with performance but funding as well. The Longbow investment firm took over, and the team, buoyed by the influx of capital, raced its way to the lofty position of eighth in the final standings.

The season brought little change even with the total affirmation of becoming Alfa Romeo Racing, leaving its Sauber past behind.  In 2018, the team earned 48 total points as Sauber, and in 2019, as Alfa, it claimed 57 but still managed only eighth and still sat 16 points behind Racing Point.

Everything above makes it seem like there is no possible logical reason to rank it fifth in the order here.  Well, sometimes life doesn’t make sense. If Ferrari had not proven to be the most confused team on the grid and Renault actually acted like it had some confidence, then Alfa might be sitting lower, but really, Alfa continually punched above its weight.

In the first half of the season, Kimi Raikkonen snagged eight points-paying positions and made it seem like Alfa was a real threat as a midpack challenger.  Had Antonio Giovinazzi been able to muster more than one points-paying finish during that span, Alfa would have seemed like a competent team to threaten midpack.  In fact, had Giovinazzi come close to matching Raikkonen’s finishes, Alfa would have been a solid team, but instead, Raikkonen beat him in all but two races, and one of those results came from Raikkonen taking a DNF.

Does that mean that Giovinazzi is terrible?  Probably not. But perhaps the most striking thing is just how good Raikkonen still is, because Alfa is really not terribly wonderful, but it’s also not wonderfully terrible. It could have probably climbed as high as sixth in the standings, but growing pains with Giovinazzi held it back.

Scuderia Toro Rosso may be one of the most peculiar teams on the grid.  It is Red Bull’s offspring, yet the parent company often acts like it doesn’t want it around.  It’s almost like mom or dad is a narcissist and is threatened by any success that their kid may have, so they do everything that they can to make the kid’s life hell.  It’s quite possible that Papa Red Bull has also added some vodka to their drink mix when making these decisions.

Somehow, in spite of the treatment it receives, Toro Rosso managed to finish sixth this season – and that’s with Papa Red Bull getting restless and poaching Alex Albon from his seat at the midpoint and banishing Pierre Gasly.  The spot is the highest finish ever for the team as it managed seventh for a string between 2014 – 2017 but then dropped to ninth in 2018. Both Gasly and Daniil Kvyat posted one podium finish each, so it was a team that when things went right, it had the potential to scoop up some points.   However, it did still have Kvyat on its team, and he managed to incur three DNFs, and his points-paying finishes, though they totaled 10, mostly rested between nine and 10.

Gasly, however, outperformed his teammate, by, well, not much, really. Gasly’s best numbers came in the first half of the year while with Papa Red Bull, but once he landed back with Toro Rosso he slotted in just above Kvyat.

What is remarkable about Toro Rosso is that it was competitive at all.  After getting the shaft and being forced to adopt Honda engines a year ahead of Red Bull, it was able to show solid performance throughout the season even though it doesn’t enjoy the same kind of resources.

It did what it could, and it will be forgotten for it because Papa Red Bull made sure to change the team’s name to Alpha Tauri, which would be the stupidest name on the grid if Racing Point did not exist. Yes, Alpha Tauri is named after Red Bull’s super expensive fashion line that almost no one that does not have a yacht wears.  Perhaps such a move will inspire Toro Rosso into a new arrogance and it will race itself higher up the grid.

If there’s any team that squeezed everything it could out of its team this year, it would have to be McLaren.  It was in the second year of recovery from Honda, finding its higher power in Renault, making strong adjustments to the 2018 chassis that everyone realized was nearly total crap, and also breaking in two new drivers to its team.  No problem whatsoever.

Yet all it did was earn 63 more points than in 2018, rise to fourth in the final standings, beat its parent engine supplier Renault by 51 points and earn its first podium finish since the opening Australian GP in 2014.

Fernando Alonso and Stoffel Vandoorne both disappeared to see Carlos Sainz and Lando Norris takeover, and the duo put together sixth- and 11th-place drives for the overall standings.  Norris would likely have placed higher had he not earned four DNFs.

Perhaps the most startling thing about this storied team is that it consistently looked like it was a midpack leader, frequently holding down the spots right after the big three of Mercedes, Red Bull and Ferrari.  In a way, McLaren seemed like the quieter saner version of what it had been in the previous four to five years, and it’s like talking to its psychologist really helped it out. Whether or not it maintains this new inner peace will be the thing to watch.

In 2019, Red Bull made the switch to Honda powerplants but kept the Aston Martin titling for branding reasons that make no sense — but hey, that’s F1.  The team also saw Daniel Ricciardo abandon ship and head to Renault and promoted Pierre Gasly to replace him. Gasly paired with incumbent badass Max Verstappen, who may very well be the next great F1 champion, though he could easily be the next great F1 hothead who fails to ever reach the goals that his talent could reach.

Gasly mucked about during the first half of the season, performing decently but not well and certainly proving not to be capable of being Verstappen’s wingman.  With a couple of eighth-place finishes and a 10th, along with two finishes outside of the points, Gasly was jettisoned in favor of bringing up rookie Thai/Brit Alex Albon.

Red Bull got this move right, and Albon slid into the seat as though he was meant to be there and then ripped off sixth-or-better finishes in eight of nine races, showing himself to be steady and unflinching against Verstappen while also finding his place in the grid.

In many ways, Red Bull looked like a fighter that punched above its class, owing to the Honda engine that could not match the speed of Ferrari and Mercedes.  But the chassis makes Red Bull formidable, and the team excelled when racing on tracks that were not overly dependent on straight-line speed.

Should Honda finally find a way to produce an engine that matches its past pedigree, Red Bull will become the team most likely to challenge Mercedes, because Red Bull don’t run with all the baggage and a parachute of drama holding it back.  Should Honda not produce such an engine this year, look for the team to go mental a couple months into the season.

It won 15 of the 21 races this year. It’s won six consecutive constructors championships.  It’s won six consecutive drivers titles, with Lewis Hamilton winning five of them and Nico Rosberg the other.  Over the course of these six years, it has won 91 races, or more than three-quarters of the races each season. It’s a juggernaut.  It’s as steady and smart as it is ruthless. And it’ll probably win it all again next year.

As an editor, Ava works through some of the site’s biggest columns while writing one of her own on F1 each week. “Stranded” on the island of Oahu in Hawaii, the aspiring college professor also helps anchor other coverage while coordinating Pace Laps, our multi-series news update.
Previous 2019 NASCAR Driver Reviews: Ryan Newman
Next Carson Hocevar to Run Part-Time Schedule for Niece Motorsports