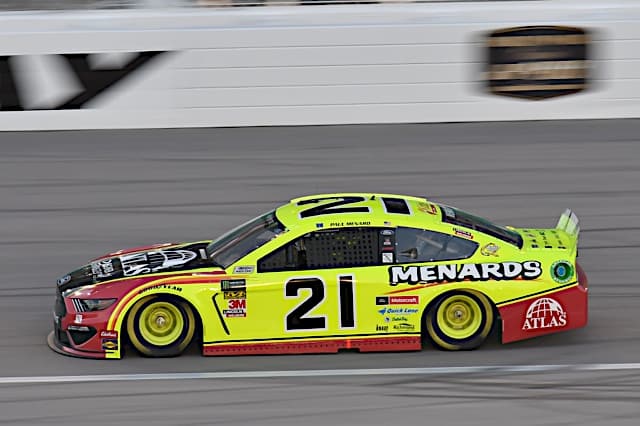 After a somewhat successful first season with Wood Brothers Racing in 2018 in the NASCAR Cup Serie, Paul Menard had an even quieter but arguably more successful 2019.

Seven top-10 finishes dotted Menard’s 2018 resume, higher than his 2019 statline of four. But Menard also enjoyed an average finish of 16.6, the second best of his career. Menard had 23 finishes from 11th-19th in 2019, which is an extremely middle-of-the-road accomplishment for any driver to achieve in a season.

The biggest news out of Menard this season was his retirement. He decided that he was done with racing in the Cup Series after 16 years and chose to focus more on his family. In many ways, for his empire of fans, Menard’s retirement really is just a farewell to the man in general. Quiet as it is, he rarely gives media interviews and refuses to have a Twitter account. Nothing indicates this will change in retirement. It’s like Carl Edwards, except obviously Menard has a much larger fan base than the backflip guy.

The Wood Brothers, because they value Menard’s opinion, reportedly asked the Wisconsin driver who should take over the No. 21 Ford. Menard named Matt DiBenedetto, and the Woods went with him. Menards the company will continue to sponsor both WBR and its major partner, Team Penske. And I’m sure that last sentence had nothing to do with it asking Menard who should take over the seat.

Speaking of the Wood Brothers, in January, NASCAR lost one of its true legends. Glen Wood was a great driver in his own right, winning four races in the Cup Series and finishing third in points one year in the old NASCAR Convertible Series. But building WBR with brother Leonard into a powerhouse in the ’60s and ’70s cemented Wood’s legacy as one of the greatest team owners to ever field a car in NASCAR. The Hall of Famer was remembered with tributes throughout the season.

Last one til Sunday I promise pic.twitter.com/ZcDzEL0Dww

One huge reason for Menard’s consistent averageness in 2019 was just how many laps the veteran was able to complete. Menard completed all but 38 laps on the season, 17 of those missed laps coming after his lone DNF of the season, a multi-car accident at the season-opening Daytona 500.

The best finish of Menard’s 2019 was at Bristol Motor Speedway. While his eventual replacement DiBenedetto had a star-making performance in the fall race, Menard was able to finish a solid sixth in the spring race.

Menard’s two worst finishes of the season came down to just bad luck. At Daytona International Speedway, Menard was racing in the lead pack before getting caught up in a late-race multi-car accident. He finished 29th. In the fall Richmond Raceway race, Menard was minding his own business when Austin Dillon spun out Alex Bowman right in front of him. Menard got a bit into Dillon and then ended up finishing five laps down in 27th.

Outside of those two results, it’s remarkable just how average Menard was in this season. But, then again, that’s the story of his entire career. If Menard decides to never race in Cup again, he will end his career with an average start of 20th flat and an average finish of 20.2. It’s remarkable to see any athlete spend their entire career being so average for so long, with no real stretches where they were among the best in the game or no real slumps of which to speak.

Today I am thankful for family, friends, good health, and @mark_mcgrath for recording this retirement message to Paul Menard for me. #NASCAR pic.twitter.com/GWKxwD0OB9

In 2020, Menard is done with Cup, but he might not be done racing. He made it clear in his statement announcing his retirement from Cup that he had plans to announce at a later date. Reading between the lines, and with how successful Menard has been in the Xfinity Series on road courses, it wouldn’t be surprising at all to see Penske wheel out the No. 12 for Mid-Ohio Sports Car Course or especially Menard’s home track, Road America.

But Menards has been a major sponsor in NASCAR for nearly 20 years now. With the exception of the No. 21, every team Menard has raced for at the Cup level has effectively died; the No. 15 Dale Earnhardt, Inc. Chevrolet ceased to be without Menard, Yates Racing’s final stand came in the No. 98 before closing shop with Menard leaving and Richard Childress Racing shrunk to two cars after sacking the No. 27 Chevrolet when Menard jumped ship.

Menard was a ride buyer, no doubt about it. But it’s not like he was holding up a ride in spite of young talent in the Xfinity Series. And if there was somebody who had more talent than Menard but also brought adequate funding to the table? Chances are that those drivers went to another team.

Menard was a solid presence. He didn’t wow anybody with his skill, but he also rarely got in the way. He didn’t wreck much after getting a few seasons under his belt and wasn’t hailed as some big problem to pass like certain backmarkers were this season. And his being able to step aside for his family while still committing to support the Wood Brothers and Penske in his steed is a great thing for the sport.

Menard is the poster child for everything wrong with NASCAR. But at the same time, he and his family have done the sport well enough in both the past and in the future to where that’s an unfair label to attach to him. Paul Menard, at the end of the day, was not good or bad; rather, he was just Paul Menard.

As we sign off for tonight, we thought it would be nice to share our favorite picture of Paul.

We laugh and joke around, but at the end of the day being a good person and a good father is what matters the most.