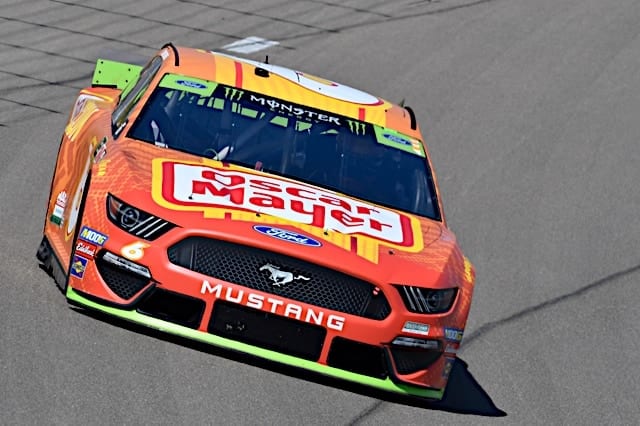 When one thinks of teams and drivers that were an absolute force during the early-mid 2000s, one couldn’t name a more prominent pair than Roush Fenway Racing and Ryan Newman.

Two entities that were once a fixture at the front of the field have seen the well gone dry in recent years. While he almost did the impossible in 2016, narrowly missing out on a championship with zero race wins, Newman has only won once since 2014. Roush Fenway Racing however has two wins during the same time period – both with Ricky Stenhouse Jr., both at restrictor plate races – and it excused him at season’s end in 2019.

Newman picked up where Matt Kenseth left off following his brief return a year ago in the No. 6, helping to bring some stability and direction to what had been the Ford flagship for over 20 years. While the 2019 package was worlds apart from the 2018 car that Kenseth had driven, the results seemed to migrate over to this year. Kenseth wrapped up 2018 with a pair of top 10s, while Newman managed to make the No. 6 a perpetual top-10 effort.

The No. 6 also seemed to be in the midst of some of the more memorable late race events this season, starting with absorbing a flurry of ineffective punches from Clint Bowyer following a post-race get together at the All-Star Race.

Sitting 15th after a seventh-place run at New Hampshire Motor Speedway in July, it looked as if the No. 6 was a lock to earn a spot in to the playoffs. Middling results during the summer stretch of Pocono Raceway-Watkins Glen International-Michigan International Speedway, once sites of almost guaranteed top fives or better for Roush Fords, put Newman in a precarious position heading into Bristol Motor Speedway.

Less than 20 points to the good entering the Bristol night race, Newman was working to hold onto his place in the standings. Meanwhile, Matt DiBenedetto, who was without a ride for 2020 but taking advantage of newfound speed that seemed to suddenly materialize at mid-season in the Leavine Family Racing No. 95, was flying en route to his first – and career-salvaging – win. Unfortunately, he ran up on the widest car on the track, with Newman notoriously hard to get around – even under ideal conditions. With laps winding down, and Newman trying to maintain his position, there was contact between the car of Newman and DiBenedetto. The resulting fender damage ruined the balance on the front of the car, induced a corner-killing under-steer condition, and cost him the win.

Newman was NASCAR persona non grata for a week or so afterward and was typically unapologetic.

While Newman drew the ire of many fans of the third-most-popular driver in the series, he earned a tip of the cap for his performance a few weeks later at Indianapolis Motor Speedway to make the playoff cut in the final race of the regular season. He started 26th and kept chipping away car by car, restart after restart, and earning stage points along the way, and missing a multi-car crash coming off turn 2. Newman ultimately finished four points and positions ahead of Daniel Suarez, earning the final spot in the playoffs.

Once the playoffs began, the No. 6 was starting to look like its usual consistent self, as it did in the ’90s and 2000s when Mark Martin was a championship contender year after year. Following a fifth-place finish at Richmond Raceway, he was ninth in points and looking good prior to the Charlotte Motor Speedway ROVAL. A four-car wreck on lap 94, followed by another incident after the restart, saw the No. 6 with its nose mashed in with three laps to go, up one point to the good over Alex Bowman. On the backstretch, Newman missed the chicane and was passed by Aric Almirola, knocking him out of the playoffs in round one.

While most teams fade into the ether after getting knocked out, the No. 6 continued to battle. Heading to Talladega Superspeedway after an uninspired run at Dover International Speedway, the Roush Fords were on par with their corporate cousins at Team Penske. On the final restart with three laps to go, Newman restarted seventh while Ryan Blaney looked to be in position to fend off the field. Running fourth on the final lap exiting turn 2, Newman, with help from Denny Hamlin’s mangled Toyota, managed a run that pushed him to the lead coming out of turn 4.

It looked like Newman was going to hold off the final charge with a mile-wide block through the tri-oval, but Blaney had just enough of a run and an angle to wiggle the No. 6 out of the way and just nosed out Newman by a foot for the win by .007 seconds.

All in all, it was a solid season for the No. 6. While it’s still an ocean apart from the weekly race contending performance of the Stewart-Haas Racing Fords or the Penske trio, it’s worlds better than it had been the last couple of seasons, routinely fighting with underfunded cars that were two laps down.

While the team deserves a lot of credit for making big strides with a package that’s only going to be raced for two years total, this success wouldn’t have been realized had Newman not been on board to provide input and execute on the track each weekend. His teammate Stenhouse had his worst season since his sophomore year in 2015, ending up with less than a quarter of the top 10s Newman did.

For a driver joining a new team that had been struggling as long as it has, it’s not hard to isolate what perpetuated the gains.

20 years, 18 wins. But Newman had 8 of those wins in one year but still only managed to finish in 5th place or so. 10 of those 20 years Newman had zero wins. Newman got rookie of the year over Jimmie Johnson because he was fast in qualifying, but that doesn’t earn you wins or trophies or championships.
Newman 18 wins 0 championship
JJ. 83 wins 7 championship