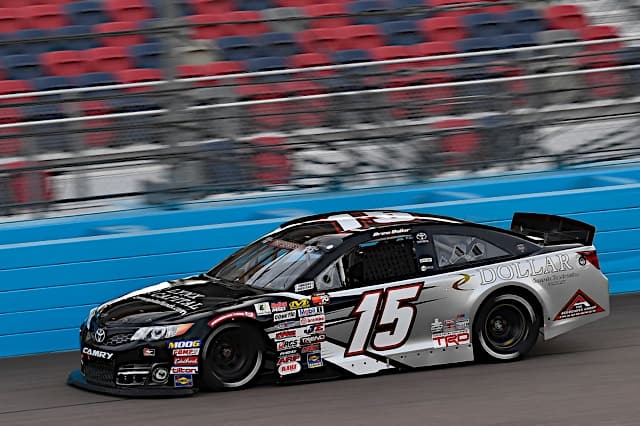 Drew Dollar will drive the No. 15 Venturini Motorsports Toyota full-time in the ARCA Menards Series in 2020, the team announced Tuesday, Dec. 18.

“Drew is an incredibly talented young racer and I believe pairing him with Shannon (Rursch) and our No. 15 Toyota Camry team will create a true force to be reckoned with each and every week,” team owner Billy Venturini said in a team statement.

“I am excited about becoming a part of the Venturini Motorsports family for the 2020 ARCA Menards Series season,” Dollar said. “They were the class of the field throughout the 2019 season and I look forward to piloting the No. 15 Toyota Camry full-time.

“Billy (Venturini) has created one of the most hands-on driver development programs in the country and coupled with the continued support of Toyota and TRD, I am excited for this next step in my racing career.”

The 19-year-old Dollar competed in 17 races across four different racing series in 2019. He competed in two ARCA races and recorded two top-10 finishes. He also made eight starts in the ARCA Menards Series East and achieved two top fives and 7 top 10s.