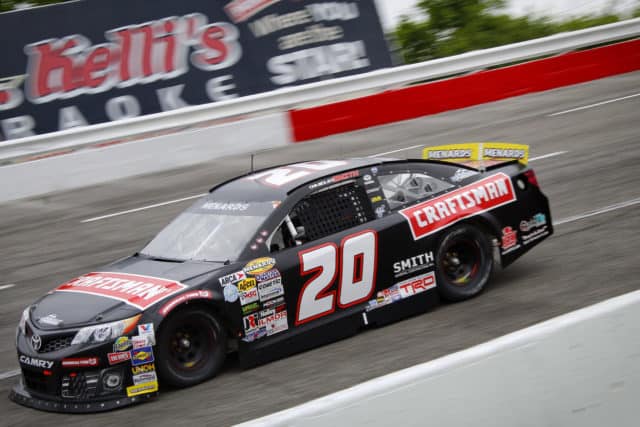 Venturini Motorsports announced Chandler Smith will compete in 13 ARCA Menards Series races in 2020, and Ryan Repko will compete in five ARCA races for the organization. Repko will make his first start in the No. 20 at Daytona International Speedway on Saturday, Feb. 8. Smith will continue to drive the No. 20 Toyota, competing in the 10-race Sioux Chief Showdown as well as the three races on tracks larger than 1-mile once he turns 18 on June 26, 2020.

“I am really excited about the opportunity to be back with Venturini Motorsports, Billy Venturini and all of the No. 20 guys next season,” Smith said. “2020 will mark my third season with VMS in the ARCA Menards Series and I am looking forward to running for the Sioux Chief Showdown championship.”

He will have team owner Billy Venturini as his crew chief for his races in 2020.

“Chandler (Smith) is an incredibly talented young driver who we have enjoyed having as part of our program since he first came to the ARCA Series,” Venturini said. “My main goal next season with Chandler, is to win the most races, most pole awards and win the Sioux Chief Showdown. After that, I think we set our sights on defending our Owners Championship from 2019 and build off what we have already started.”

Smith stated he would compete in the Showdown at the ARCA banquet in Indianapolis on Saturday, Dec. 14.

In 2019, Smith drove the No. 20 Toyota in 11 races, helping Venturini Motorsports win the owners championship. On the season, he won a series-high five races while also leading the most laps. Smith won the Valvoline Lap Leader award at the banquet.

Repko has made two starts in the ARCA Series, one each in 2017 and 2018, and earned one top 10. He also raced in three 2019 Xfinity Series events for JD Motorsports.

“It’s an honor to join the Venturini (Motorsports) team for the 2020 season and have the chance to work with Billy (Venturini) as my crew chief and Chandler (Smith) as my teammate on the 20 car,” Repko said in a press release. “I plan to utilize this opportunity to the best of my ability and work on putting my Toyota Camry into victory lane every chance I get and working with my team to earn VMS back-to-back owners championship titles in ARCA.”

The team recently announced Drew Dollar will drive the No. 15 Toyota full-time next season.