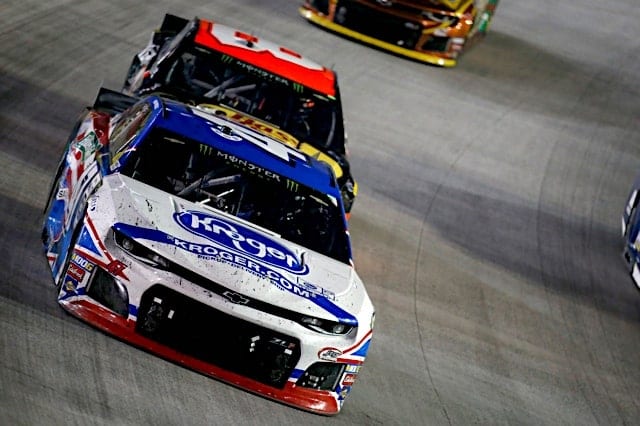 Like Steve Park, Brett Bodine, and Jimmy Spencer before him, Ryan Preece’s racing journey from the mighty modifieds of the Northeast has finally lead him to the pinnacle of stock car racing: the NASCAR Cup Series.

Preece, the 2013 NASCAR Whelen Modified Tour champion, was tabbed to replace stalwart AJ Allmendinger in the JTG Daugherty Racing No. 47 Chevrolet. With yellow stripes adorning his rear bumper, the 29-year-old’s first full-time NCS season could be best described as lackluster but despite the mediocrity, his 2019 season was both positively and negatively spotlighted by crash avoidances, a narrow Rookie of the Year battle, a hauler fire, and a devastating community tragedy.

Known for their strong prowess at superspeedway tracks, the JTG team continued their 2.5 mile mastery in the 2019 Daytona 500 with a rookie at the helm. After teammate Chris Buescher crashed out, Preece carried the team flag to a strong eighth-place finish in the biggest race of the year. Despite the impressive result, Preece quickly earned a reputation for his unreal ability to somehow avoid calamity as he squeaked through a narrow opening in a lap 193 pile-up, much to the amazement of Fox Sports commentators.

Watch Ryan Preece zoom past a wreck in the Daytona 500

The Houdini of crash avoidance continued his impressive displays a few weeks later at ISM Raceway, when he narrowly dodged an out of control Brad Keselowski. Later in the race, Preece did it again when he slipped by Michael McDowell‘s careening Ford. However, his luck ran out when he crashed later in the event, collecting his second DNF in four races.

With early-season heroics, Preece was off to a strong start in the Rookie of the Year battle against Daniel Hemric and Matt Tifft, a battle that would be a close fight all season long. Yet, after an eventful start to the season, Preece’s finishes were often mired in the back half of the field.

After scoring his season-best finish of third at Talladega Superspeedway in May, his results completely derailed. From the contest of Dover International Speedway in May to the race at Watkins Glen International in August, Preece failed to crack the top 20 on the finishing leaderboard; an unfortunate streak that spanned 12 races.

Despite the struggles, the Connecticut native managed to continue to be thankful for his position in the sport and never forgot where he came from. Preece was adamant about remaining close to his community. Throughout the summer, he periodically returned to his racing roots in the northeast, which included making two starts on the modified tour at Thompson Speedway and New Hampshire Motor Speedway.

While excitement echoed throughout the northeastern racing fraternity about the return of a hometown hero, tragedy struck Preece’s community as former modified competitor and seven-time NWMT champion Mike Stefanik was killed in a devastating single-engine plane crash in September.

Rest In Peace Might Mike. Sad news on a tough night.

With a heavy heart, Preece continued on in memory of one of his heroes. Soon after the tragedy, he strung together four straight top twenty finishes, including a top 15 result at Kansas Speedway after fighting adversity throughout that race weekend. On the way to Kansas, the No. 47 hauler caught fire and suffered catastrophic damage, destroying the two race cars inside. Using his teammate’s car as a backup, Preece came home 12th.

Preece’s first season was ultimately discouraging. Compared to teammate Buescher in equivalent equipment, Preece’s 26th place result in points was overshadowed by Buescher, who finished inside the top 20 in points for the first time in the team’s history. Preece ultimately lost the Rookie of the Year battle to Hemric by just 23 points after entering the final race virtually tied.

Going forward, Preece returns to JTG for a second season and will ultimately become the team’s defacto senior driver as Buescher departs for Roush Fenway Racing. Yes, JTG is a mid-pack team, but Preece will likely need to climb out of the pit of mediocrity in 2020. He will also need to cut down on DNFs after suffering six last season, half of which were due to accidents.

But, there is hope going forward. His journey to the top has been best described as old school. Instead of NASCAR’s buy-a-ride trend of late, Preece has let his performance in the lower-tiered series do the talking, without a major driver-related sponsor. Performance is the name of the game for Preece, and now with one year of top cup experience, look for him to take the next step in his career in 2020. He will also have the opportunity to learn from veteran Ricky Stenhouse Jr, who will be his new teammate next season.

Time will tell if Preece will live up to his once anticipated hype. It may take time for Preece to possibly come into his own, but 2019 was ultimately a learning experience. The season was disappointing, but it was not a failure by any means.