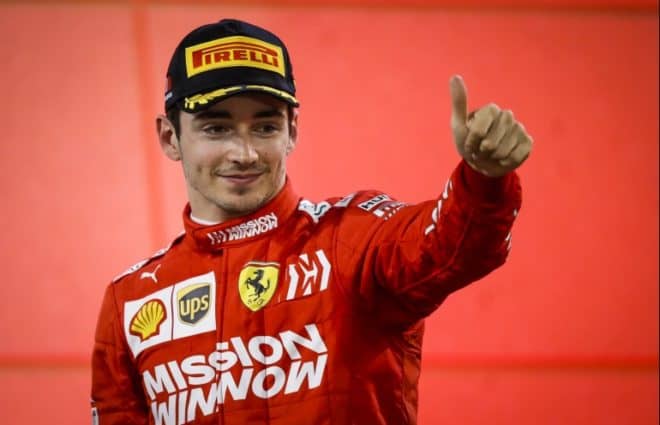 Third-year Formula 1 driver Charles LeClerc and the Scuderia Ferrari Mission Winnow racing have agreed to a five-year contract extension for the driver, the team revealed in a release Monday.

The 22-year old scored two wins in his first season with Ferrari, while also adding eight podium finishes to his 2019 resume. He had previously raced for Sauber/Alfa Romeo in his rookie season in 2018, notching 10 top-10 finishes and placing 13th in the standings.

LeClerc’s 2019 campaign saw the driver finish fourth overall, ahead of teammate and longtime Ferrari staple Sebastian Vettel. Vettel only scored one victory in a season once again dominated by Mercedes.

LeClerc will remain in the Ferrari garage through at least 2024 with the contract renewal. He began as a member of the Ferrari Driver Academy, working his way through the ranks until the team jettisoned Kimi Raikkonen to bring Leclerc aboard.

“I am very happy to be staying on with Scuderia Ferrari,” he said in the statement. “This past season, driving for the most illustrious team in Formula 1 has been a dream year for me…I’m keen to see what the future holds and I can’t wait to get going again next season.”

“With each passing race this year, our wish to extend our contract with Charles became ever more self-evident and the decision means he will now be with us for the next five seasons,” Ferrari team principal Mattia Binotto added. “It demonstrates that Charles and the Scuderia have a firm future together.”

The contract is a clear statement that the team sees Leclerc as their future and may bring about concern as to how long Vettel will remain.  The two drivers struggled to get along throughout much of the 2019 season often displaying an openly contentious relationship that came to the fore when the wrecked each other out at the Brazilian Grand Prix.

Adam Cheek joined Frontstretch as a contributing writer in January 2019. A 2020 graduate of VCU, he works as a producer and talent for Entercom Richmond's radio stations. In addition to motorsports journalism, Adam also covered and broadcasted numerous VCU athletics for the campus newspaper and radio station during his four years there. He's been a racing fan since the age of three, inheriting the passion from his grandfather, who raced in amateur events up and down the East Coast in the 1950s.
@adamncheek
Previous Tommy Joe Martins Running Full-Time in Xfinity Series for Martins Motorsports in 2020
Next 2019 NASCAR Driver Reviews: Spire Motorsports