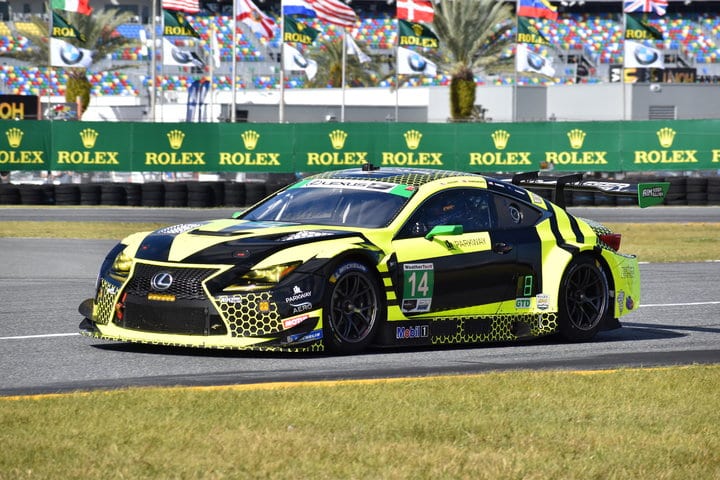 This weekend, the 2020 racing season gets underway for IMSA teams with the annual ROAR Before the 24.  For the IMSA WeatherTech SportsCar Championship, this is a mandatory teams for teams that plan on competing in the Rolex 24 at Daytona in three weeks.  There are 40 teams entered in this weekend’s ROAR, which would translate into the smallest Rolex 24 at Daytona grid in at least 35 years.

The DPi class is down to just eight cars with general uncertainty surrounding everything until the DPi 2.0 formula debuts.  Problem is, that’s two years away.

There are quite a few changes for 2020.  Action Express Racing is down to one Cadillac, but they have a familiar lineup with Pipo Derani and Felipe Nasr full-time, while Filipe Albuquerque and Mike Conway are also in the season.  Mustang Sampling, which sponsored Action Express Racing’s second car, has moved to JDC-Miller MotorSports.  That car will be the No. 5 instead of No. 84.  Sebastien Bourdais and Joao Barbosa will share it full-time, while Loic Duval and Tristan Vautier join in.

Wayne Taylor Racing has Ryan Briscoe full-time in the No. 10 Cadillac, replacing Jordan Taylor.  Scott Dixon is also in the fold.

LMP2 has seven entries, three more than in the race last year.  Rick Ware Racing will race a Riley Mk. 30 full-time this year.  Daytona will be the first time the chassis has raced in the series since 2017.  Cody Ware will share with James Davison, Jonathan Hoggard and Mark Kvamme.  Sponsorship will be provided by PODS and Jacob Companies, backers that have appeared on the team’s Cup cars in the past.

Ben Keating is going to be a busy man.  He is entered in PR1 Mathaisen Motorsports’ No. 52 ORECA 07-Gibson and the Riley Motorsports No. 74 Mercedes-AMG GT3 in the GT Daytona class.  Speaking of PR1 Mathaisen Motorsports, they have expanded to two cars.  They don’t have a complete driver lineup.  Only Gabriel Aubry is listed in the No. 51 ORECA 07-Gibson (he’s also listed in the No. 52).  That lineup will be fleshed out in the next couple of weeks.

DragonSpeed is back with a strong lineup.  Regular drivers Ben Hanley and Henrik Hedman are joined by Harrison Newey.  Finally, Colin Braun, most recently of the now-closed CORE autosport, joins in.

GT Le Mans is down to only seven cars with the end of the Ford GT factory program.  Corvette Racing’s new Chevrolet Corvette C8.R will race with a revised lineup.  Taylor will replace Jan Magnussen, while Nicky Catsburg will replace Mike Rockenfeller as the endurance driver on the No. 3.  The No. 4 driver lineup is unchanged.

Finally, Risi Competizione is back for Daytona at least with a lineup of Ferrari factory drivers.  Only James Calado and Daniel Serra will attend the test, though.

GT Daytona will have 18 entries for the test.  AIM Vasser Sullivan is likely to be a team to watch knowing that one Kyle Busch is in the fold.  He’ll be in the No. 14 along with Jack Hawksworth, Parker Chase and Michael de Quesada.  In Hawksworth, Busch will have someone to push him.  Knowing how competitive the two-time Cup champion is, he’ll want to match Hawksworth’s pace immediately.  The team’s No. 12 Lexus will have Shane van Gisbergen joining Townsend Bell and Frankie Montecalvo.  A fourth driver will join in for the race.

Wright Motorsports is back with one Porsche after spending 2019 in Blancpain GT World Challenge America.  Ryan Hardwick will bring his 1st Phorm sponsorship to the team from Paul Miller Racing.  Patrick Long and Klaus Bachler will join in.  Paul Miller Racing has reverted to their 2018 lineup with Madison Snow re-joining team after sitting 2019 out in “retirement” due to an IMSA-only driver rating change that has since been rescinded.  Bryan Sellers is back, along with Corey Lewis and Andrea Caldarelli.

The car that you’re the least likely to miss on track this season will be the new GEAR Racing Lamborghini.  The car, which will be shared full-time by Katherine Legge and Christina Nielsen, will carry this livery straight out of a comic book:

GRT Grasser Racing Team will have a substantial presence in Daytona.  They are effectively running both the GEAR Racing and GRT Magnus efforts, while fielding the No. 11 Lamborghini as well.

Nine manufacturers will be represented.  In addition to Porsche, Aston Martin, Lexus and Lamborghini, there will be Audi, Acura, Mercedes, Ferrari and BMW teams.

The ROAR Before the 24 is not a mandatory test for Michelin Pilot Challenge teams.  Despite that, 38 teams will be on-site in Daytona this weekend to give their equipment and drivers a workout.

On top of the entry list is Archangel Motorsports, a revival of a team that ran Nissan Lolas in the Grand-Am Rolex Sports Car Series’ SRPII class.  Or is it?  In practice, this team is not all that different from the Park Place Motorsports team that ran the VOLT Racing effort in 2019.  Mike Johnson was in charge of VOLT Racing’s Michelin Pilot Challenge effort last year and he is in charge of Archangel Motorsports now just like he was nearly 20 years ago.  The driver lineup is unchanged as Alan Brynjolfsson (who apparently hadn’t renewed his license as of the printing of the list) and Trent Hindman sharing the No. 7 Porsche.

Multimatic Motorsports will have three Ford Mustang GT4s in Daytona.  There are a number of TBDs on the entry list, but Xfinity Series regulars Austin Cindric and Chase Briscoe will be there, along with longtime driver Scott Maxwell.  Hailie Deegan will likely be there as well, but it’s unclear which car she’ll drive.

Britt Casey Jr. makes the move up to Grand Sport in 2020 after running part-time in TCR last season.  He’ll share the No. 8 Audi R8 LMS GT4 with Michael McCann Jr.

Team TGM has made the switch from Mercedes to the Chevrolet Camaro GT4.R.  Guy Cosmo has left the team, while Owen Trinkler has moved to the No. 64 (formerly No. 4) to share with team owner Ted Giovanis.  The Plumb brothers (Hugh and Matt) will drive the No. 46.

Kenny Murillo will have his first public test in GT4 equipment when he drives Murillo Racing’s No. 65 Mercedes.  He’s raced only sparingly since a big crash in a Mazda at Lime Rock in 2018.

In TCR, there will be 11 cars entered.  Prototype Challenge team Forty7 Motorsports has acquired the first customer Hyundai Veloster N TCRs in IMSA and will debut them during the test.

LA Honda World Racing will field three cars.  The No. 52 has been renumbered as the No. 77.  This will be the car shared by Ryan Eversley and Taylor Hagler.  Hagler comes to the team after racing full-time in TC America’s TCA class last year.

Expect upwards of 45 or more cars for the race in a few weeks.