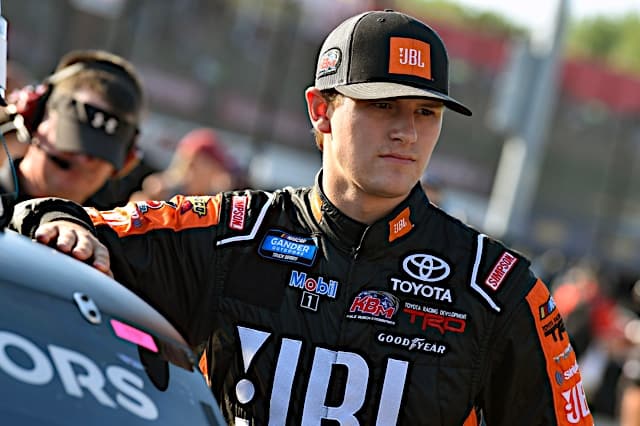 Front Row Motorsports is expanding to the NASCAR Gander RV & Outdoors Truck Series for the upcoming 2020 season with Todd Gilliland as its driver, the team announced Monday, Jan. 13.

Gilliland will drive the organization’s No. 38 Ford F-150 in an alliance with DGR-Crosley.

“I’m really looking forward to racing an F-150 in the Truck Series this year with Front Row Motorsports as part of the Ford family,” Gilliland said in a team release. “I’ve been around Bob Jenkins and the whole Front Row crew for a long time growing up with my dad (David Gilliland) racing for them. The talent that they’ve brought in for my program is really exciting. I know or have worked with almost every person that’s on my team this year at some point in my career. That helps tremendously in building relationships and trust with each other.”

The No. 38 is significant in his family’s history. Todd’s father David drove for FRM in the Cup Series, while his grandfather Butch piloted the same number to an ARCA Menards Series West championship. David is a co-owner of DGR-Crosley.

“We’re all very excited for this expansion,” FRM owner Bob Jenkins said. “I’ve watched Todd grow up in this sport and have seen the talent he brings firsthand. Not only does he come from a racing family, but he’s got the natural ability of a winning driver. I’m confident that having him drive in our debut season will be a great success.”

Former Cup Series engineer Jon Leonard will be Gilliland’s crew chief, while Coleman Pressley will spot for him.

Raphael Lessard fills Gilliland’s No. 4 seat at KBM in 2020.

From Kyle’s top equipment to front row. Get a good driver guys.