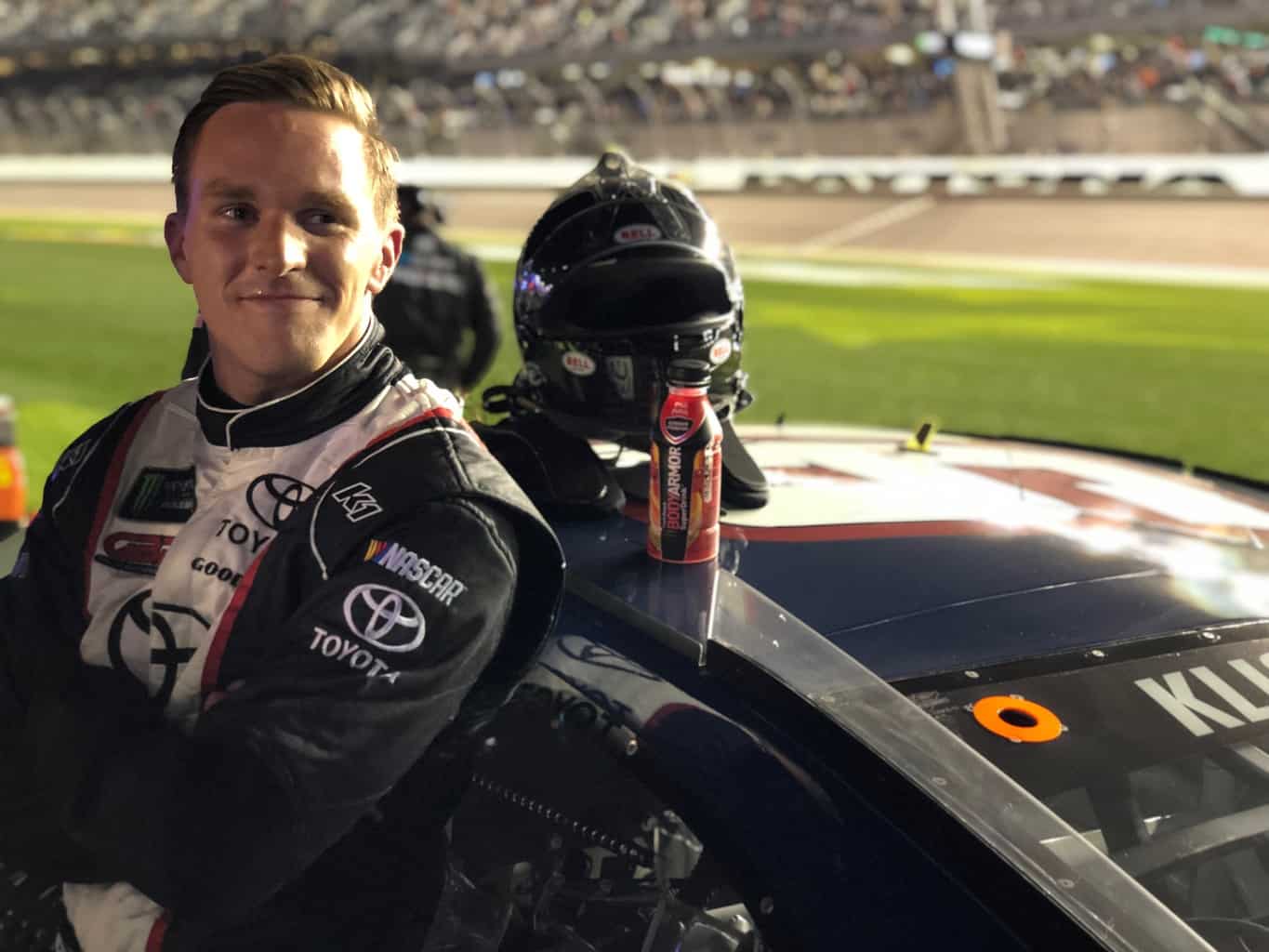 Parker Kligerman was all smiles after racing his way into The Great American Race. (Photo/Davey Segal)

Parker Kligerman will not return to drive Gaunt Brothers Racing’s No. 96 machine in the NASCAR Cup Series in 2020.

Kligerman had driven the car on a part-time basis in 2018 and 2019, entering 18 races between the two seasons – the majority coming in 2019 with 14 starts. Those 2019 appearances constituted all but one of the team’s races that season, with Drew Herring running the season finale last November at Homestead-Miami Speedway.

The veteran driver’s best finishes with the team came at the Daytona 500 and fall Talladega race in 2019, crossing the line 15th in both events. His final run in the No. 96 was a 22nd-place effort at the second 2019 race at Texas Motor Speedway.

“It was a super cool opportunity,” Kligerman said in an NBC Sports release. “I didn’t think I was going to get a second shot at Cup. Then, I had that opportunity at the Coke 600 (in 2018 with the team) and last year we did way more races than I ever thought we would do and got to be a part of the Toyota family.”

Kligerman, a broadcaster and reporter for NBC Sports during NASCAR events, will continue those duties in 2020, albeit without a Cup ride lined up. He has scored two wins in his NASCAR career – both came in the Gander RV & Outdoors NASCAR Truck Series at Talladega, in 2012 and 2017.

Gaunt Brothers Racing still has yet to announce their driver plans for 2020. Daniel Suarez has been heavily rumored to take over the ride on a full-time basis.

Every other news site is reporting Suarez has this ride.

And they all are quoting one source who is quoting anonymous sources. It will probably be announced today though. Wonder if Daniel will finish ahead of or behind bubba’s 28th spot.

Suarez would take this over an opportunity to go and be competitive in an RCR Xfinity ride? I don’t know if the RCR seat is or was an option but I know I’d rather have the chance to win every Saturday than ride around for 4 hours on Sunday.

What if the pay as a back-marker in Cup paid 4x that of being a front runner in Xfinity?
Would that factor into your decision at all?

Misterslideways
Reply to  Bill B

I can’t say you’re wrong for bringing that point up but I’d have to seriously forward think as to what ride would give me the best opportunity to showcase my talent and potentially land myself a quality ride down the road. With that being said, I think I’d opt for the Xfinity ride with RCR if that were an option. The good news is I don’t have the talent to be in ANY ride so I won’t have to make that difficult decision ?

And, the 4x multiplier was hypothetical. It could be much less or much more. We really can’t know because actual numbers are hard to come by.

It’s probably why someone like Justin Allgaier is in Xfinity because he can drive top equipment and be up front. And his sponsors are seen on television.

Just to attempt to frame up what the numbers may look like I went back to the spring Dover race in 2015 when prize money/winnings were still reported.

In Xfinity:
Chris Buesher’s 1st place finish = 63,000
Kasey Kahne’s 5th place finish = 22,598
Since it is doubtful that no matter how good you are in Xfinity you will be lucky to average a 5th place finish (especially with all the cup drivers in the field some weeks) we will use Kahne’s amount as a realistic base.

Given that Suarez will probably end up with an average better than 35th his earnings possibilities would be much, much higher in Cup (by perhaps 7 or 8 times).

So does that make the decision harder?

Great break down Bill B. It certainly makes one ask if there is a true passion to race or just make as much money as you can? Thanks for breaking it down.

No matter how high the passion you have to admit it would be hard not to take the money and run. I know I would…. because it’s the practical, rational, smart thing to do.