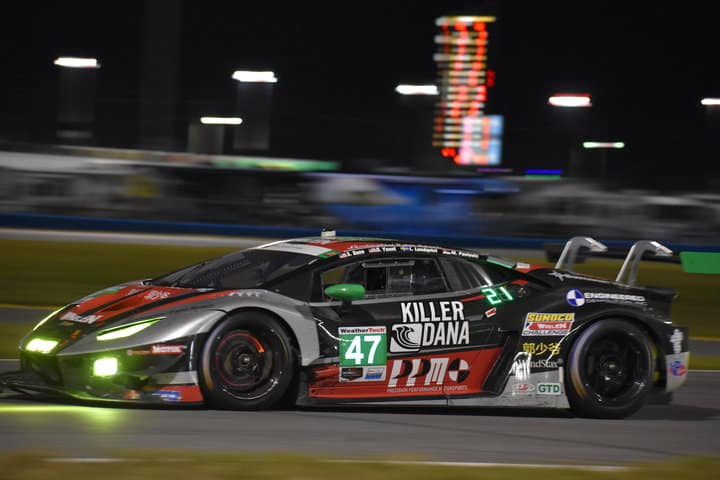 For this year’s Rolex 24 at Daytona, a mere 38 cars are entered in four classes, the smallest entry in the history of the race.  Normally, the entry list is the same group of teams that participated three weeks ago in the ROAR Before the 24.  However, there have been a couple of withdrawals since then.

The LMP2 class is where the withdrawals occurred.  PR1 Mathaisen Motorsports withdrew the No. 51 ORECA 07-Gibson after the team was unable to find funding.  As of now, the debut for that car will likely be at Sebring.  Not running during the ROAR Before the 24 technically disqualified the car from running in the race.

More recently, Rick Ware Racing officially withdrew their No. 2 Riley Mk. 30-Gibson.  This team actually participated in the ROAR Before the 24, but packed up early following a crash.  Then, some issues reportedly developed behind the scenes that resulted in James Davison and Mark Kvamme getting fired.  As of now, it is currently unclear if RWR will ever race the Riley Mk. 30 at all.

That leaves the LMP2 class with five entries, up one from last year, but still very small.  There are some strong drivers here, like Ryan Dalziel in the Tower Motorsport by Starworks No. 8 and Colin Braun in DragonSpeed’s No. 81.  With the RWR withdrawal, all five teams in the class will be racing the ORECA 07-Gibson.

The headlining DPi class has eight entries.  Four of those are Cadillacs for JDC-Miller MotorSports, Action Express Racing and Wayne Taylor Racing.  The others are the factory-backed Mazda Team Joest Mazdas and the Acuras from Acura Team Penske.

There are no driver changes from the ROAR.  There, Mazda Team Joest was fastest for the vast majority of the weekend.  With minimal changes made to the Mazda RT24-P, they seem to be the team to beat in qualifying, but reliability will be the key.

Risi Competizione has filled out their team of Ferrari factory drivers for the race.  Alessandro Pier Guidi and Davide Rigon have joined James Calado and Daniel Serra, who handled duties at the ROAR Before the 24.

GT Daytona will once again be the largest class with 18 entries.  Here, there have been some driver changes.

Precision Performance Motorsports had an undecided driver lineup with only a couple of drivers confirmed during the ROAR.  Then, the strife at RWR occurred.  In the past few days, the team has picked up the services of Kvamme and Jonathan Hoggard to join with Brandon Gdovic and Eric Lux.  Hoggard was originally assigned to RWR after winning the Sunoco Whelen Challenge, a championship that involves multiple series in the United Kingdom.  The prize is a ride in the race.  The car will be sporting Whelen logos as a result of the move.

At Aston Martin Racing, the team has brought in Andrew Watson for the race.  Watson replaces Paul Dalla Lana, who was injured away from the track and was not cleared to compete.

Practice for the Rolex 24 at Daytona will begin Thursday at 10:05 a.m.  Qualifying is scheduled for 4:15 p.m. Thursday afternoon.

Damn, racing season is upon us.