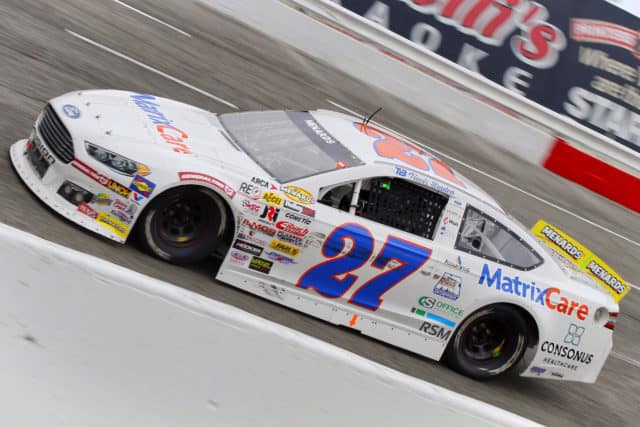 “I almost sold the team after the 2017 season,” Fike said. “I had a bicycle accident that year, which ultimately made my Parkinson’s symptoms worsen. My doctor and I talked about reducing my stress, so I decided to stop racing. My wife and some of my closest friends could tell how miserable I was with my decision to sell, so they talked me into doing it another year. But it’s time now. As much as I love racing, I just don’t need the extra responsibility anymore.

“I am very proud of finishing fourth in driver points and seventh in owner points in the ARCA Menards Series in 2019. ARCA was such a competitive series, we learned a lot, and it was a fun change of pace from the open wheel stuff.”

The team fielded a Ford, most recently the No. 27, in 105 ARCA races. AJ Fike, Don’s son, won the ARCA race at Illinois State Fairgrounds in August 2015.

Travis Braden drove the No. 27 Ford full time over the past two seasons, accumulating seven top fives and 27 top 10s. In those two seasons, Braden finished fifth and fourth, respectively, in the championship standings.

The weekend of the ARCA test at Daytona International Speedway, Braden tweeted he would not return to the team nor race in ARCA this year.

On January 13, Braden announced his primary focus will be late model racing this year. He won the 2019 Snowball Derby at Five Flags Speedway.