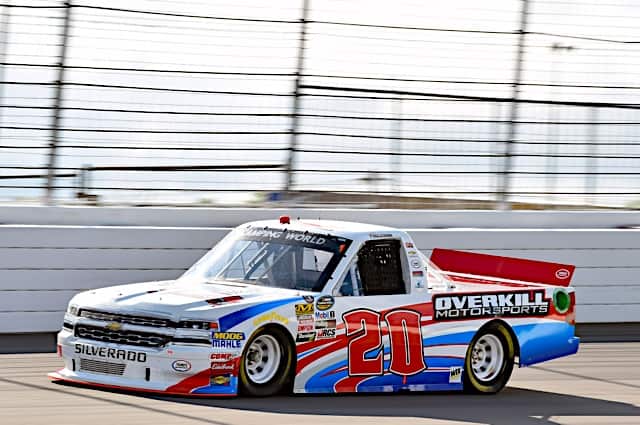 Tate Fogleman to Drive No. 02 Truck for Young’s Motorsports

Fogleman has mainly run Super Late Model events, and at age 15, he’s the youngest person to claim the Pro All-Star Series (PASS) South Super Late Models title. He also has some experience in the Truck Series; in 2018, he ran in three events for Young’s Motorsports in the No. 20 truck. His best finish was 15th at Michigan International Speedway.

“I am looking forward to getting back to work with the Young’s Motorsports guys,” Fogleman said in the team’s press release. “I think we will be able to accomplish a lot this year. Chad [Kendrick], my crew chief, knows how driven I am to race and we are ready to tackle this season head-on.

“Huge thanks to my longtime sponsor Solid Rock Carriers for coming on board the truck this season. They have been supporting me since I started pro late model racing when I was 12, and I’m truly honored to have them on the truck. I am really grateful to Tyler Young and the Young family for their support and this opportunity.”

Chad Kendrick will again make the calls atop the pit box for the No. 02 team. This will be Kendrick’s fourth season with Young’s.

“We are looking forward to this year, another great opportunity for Young’s Motorsports and myself to team up with one of the up and coming young talents in racing. Tate has driven a few races for us and shown tremendous potential. We are setting realistic, but high goals for the 2020 season.

“Gateway (World Wide Technology Raceway, St. Louis, M.O.) being one of the most challenging tracks we race was his first time in a truck — he picked it up very quickly and was very competitive so I am excited to build on that. Tate is a talented super late model racer and seems eager and willing to do what it takes to run well at one of the highest levels of racing. It’s not often you get paired with a driver that shares your energy and drive to compete, I can’t wait to get the season kicked off with him.”

The 2020 Truck Series season begins at Daytona International Speedway on Friday, Feb. 14 at 7:30 p.m. ET. Television coverage will be provided by Fox Sports 1. 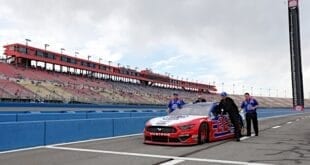 4 Burning Questions: NASCAR Is Doing What In California? 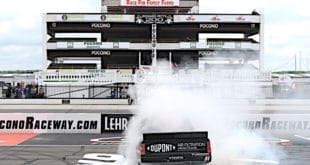