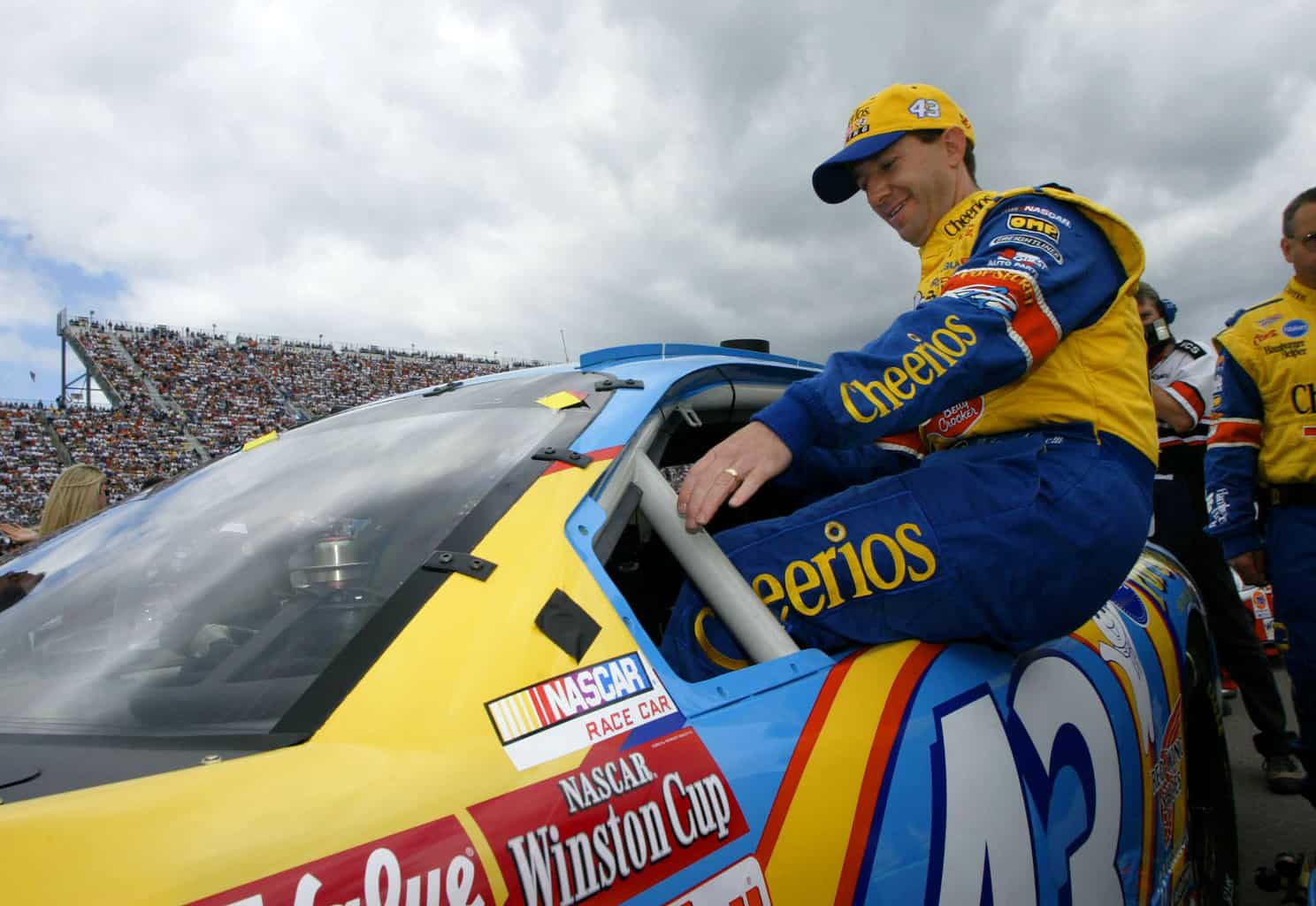 Longtime racer John Andretti passed away Thursday at the age of 56, according to a Twitter statement from Andretti Autosport.

Andretti was diagnosed with colon cancer in 2017 and underwent treatment, but relapsed twice in the following two years. Despite his battle, he used it to begin the #CheckIt4Andretti hashtag on Twitter, encouraging the public to get colonoscopies for prevention.

“It is with heavy hearts we share that John Andretti has today lost his battle with cancer,” Andretti Autosport’s statement said. “John was a loving husband and father, a devoted son and a trusted cousin. He was a philanthropist, an advocate for the sport, a dedicated teammate, a driven competitor and most importantly a dear friend.”

Andretti was born in 1963 and first drove professionally in the IMSA GT Championship Series in 1986, winning at Watkins Glen. Along with two other co-drivers, he also won the Rolex 24 Hours of Daytona in 1989.

Most of Andretti’s career was spent in the NASCAR Cup Series, most notably for Kranefuss-Haas Racing, Cale Yarborough Motorsports and Petty Enterprises. He recorded a pair of wins in 393 starts over 17 years, while scoring 37 top-10 finishes. 13 of those were top-five efforts.

Andretti’s two wins in NASCAR Cup competition came at the tail end of the 20th century, his first coming in the 1997 summer race at Daytona International Speedway. Driving the No. 98, Andretti started third and led 113 laps en route to a victory for Cale Yarborough.

The veteran’s second and final win came at Martinsville in 1999, driving the No. 43 for Petty Enterprises. Andretti only led the last four laps, but took home the grandfather clock.

He also added one win apiece in CART and the Rolex Grand-Am divisions.

“We will forever carry with us John’s genuine spirit of helping others first and himself second,” the statement concluded. “Our prayers today are with Nancy, Jarett, Olivia and Amelia, with our entire family, and with fans worldwide. We urge all our followers to, please, #CheckIt4Andretti.”

RIP to a great guy and talented driver.

been waiting to hear this for a while now. knew he wasn’t doing well. i hate cancer. tired of learning about people i know being stricken with it.

john was a good guy. always had time for fans at track.

He seemed like a good guy to me. RIP John.
Very sad to hear this.

A lot of “NASCAR” fans never knew just how versatile this guy was. I was a fan partly because like his uncle, he raced all kinds of things.

My father passed away last week from cancer. If I can say anything positive out of all of this is that his suffering is over. While I am saddened by his psssing, it is comforting that John and my dad are now in a better place and no longer in agony. Godspeed to them.

Thank you Janice. That is very kind and thoughtful.
Cheers!

Rest in Peace John. Truly one of the nice guys in racing.