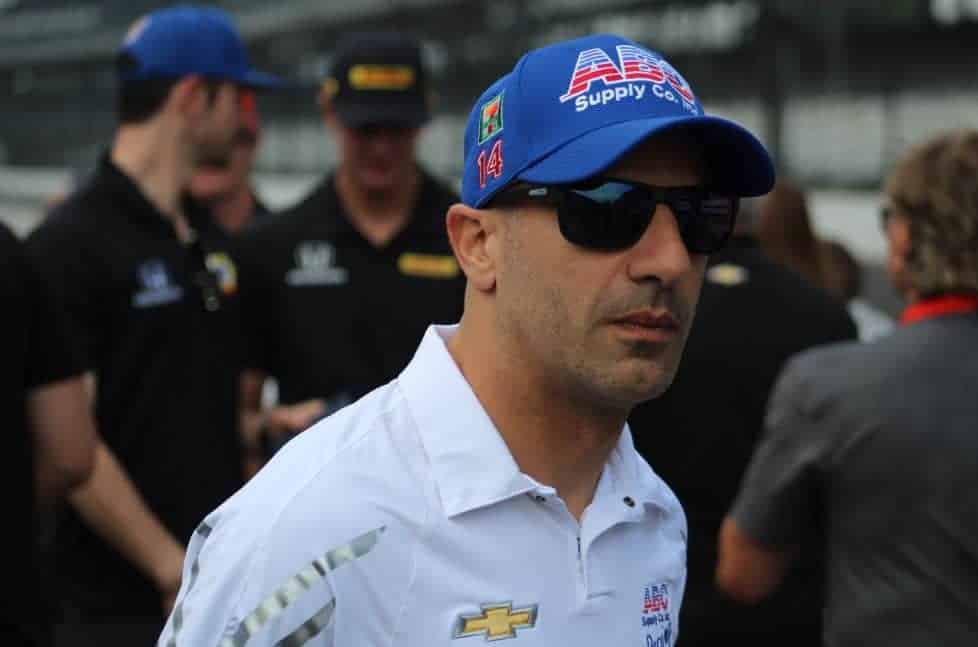 Tony Kanaan‘s part-time NTT IndyCar Series schedule in 2020 will be his last.

Kanaan announced Thursday, Jan. 30, that his schedule with AJ Foyt Racing this year will be his last in which he runs multiple events.

However, he did not rule out future Indianapolis 500s.

Kanaan will drive the No. 14 car in five events in 2020: the Indy 500, at Texas Motor Speedway, Richmond Raceway, Iowa Speedway and the World Wide Technology Raceway at Gateway. He’s won at all courses except Gateway.

“I look back at all these years racing in INDYCAR and the first thing that comes to my mind is how fortunate I’ve been to be in the top level of the sport for this long,” Kanaan said at a press conference. “I walked into this sport as a 23-year-old with lots of hopes and dreams and I can say, without a doubt, that I accomplished everything I wanted. I’m 45 now; I have fans, wins, podiums, records, a championship and an Indy 500. I feel and know I can still do this for a long time, but like everything else in life there is also a cycle in racing. For a long time, I’ve been asked when I would retire, and my answer was always the same: The day I wake up in the morning and feel like I can’t do this anymore, that’s when I’m going to retire.

“Unfortunately, there are other things one should take into consideration when planning the future, and probably the most important one is what are the options that are available. For 2020, my best option was to race the five ovals of the NTT INDYCAR SERIES season, the sport that gave me so much and that I will always love. I’m not done with racing, that’s for sure. I decided that this year I would step back a bit and enjoy these five races, have time for my family (wife Lauren, sons Leonardo, Max and Deco, and daughter Nina) and my fans, and also give back to the sponsors that always stood by me.”

The 45-year-old Brazilian driver has 16 career IndyCar wins and 72 podiums while competing for four separate organizations. In 2003, Kanaan joined Andretti Green Racing and remained with the Andretti team through 2010. He then joined KV Racing in 2011 and captured the prestigious Indianapolis 500 victory with the team in 2013.

The following year he jumped to Chip Ganassi Racing, winning the final race of the 2014 season at Auto Club Speedway. Kanaan stayed with the team through 2017 before joining AJ Foyt Racing for the past couple of years.

?? ⚠️? ANNOUNCEMENT ?⚠️
2020 will be my last season as a primary driver in @indycar. I'll be racing the five oval races of the calendar, starting with the Indy 500 in May. I'm not retiring from motorsports, only announcing what I'm doing in 2020.#TKLastLap #INDYCAR pic.twitter.com/Yvc4vEh7RO

Other drivers of the No. 14 car are yet to be announced.

Can’t say I’m surprised, except for the timing. Wonder if this is part of a deal to get Hinch in a ride for 2020? Although… I think Foyt runs Chevy, so not sure how that would play with Hinch’s connection to Honda. Bourdais is the only other veteran I can think of looking for a ride. What other good young drivers are out there that Foyt could be bringing up if it isn’t one of these two?