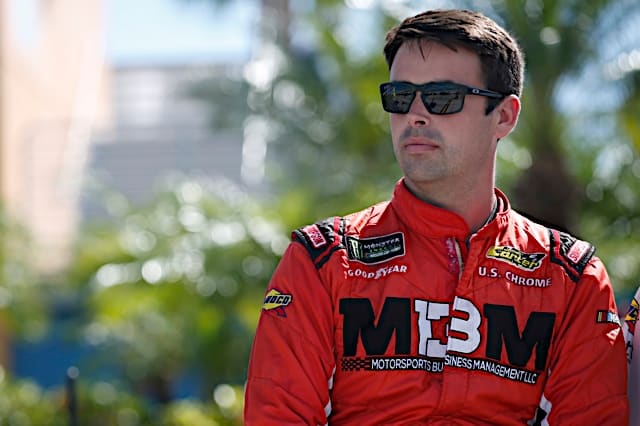 Timmy Hill will be sponsored by RoofClaim.com in the No. 66 Ford Mustang during Speedweeks in the NASCAR Cup Series, MBM Motorsports announced Friday, Jan. 31.

The No. 66 will have Roush Yates power support, though MBM normally runs Toyota equipment in its own program.

“We have been working very hard to make our race team more competitive,” team owner Carl Long said in a release. “My business partners have been instrumental in keeping us heading in the right direction. To have such a prestigious company like RoofClaim.com come on board really helps take our race program to another level. We look forward to representing their company and marketing their brand throughout the 2020 NASCAR Cup Series schedule.”

“I was already excited to get the season started at Daytona with everyone at MBM Motorsports, and to get the news that we have added a quality sponsor like RoofClaim.com makes it that much more exciting,” Hill said. “I know Carl and everyone at MBM Motorsports has worked very hard during the off season, and we are looking forward to unloading at Daytona and do all we can to put the RoofClaim.com No. 66 in the Daytona 500.”
MBM currently plans to field the No. 66 full time in the Cup Series for the first time, alongside three teams in the Xfinity Series.

Would be a really smart idea to paste the sponsors logo onto the roof flaps cause if the flaps deployed…..well you get the idea!,

These guys must have a lot of money to throw around these days. For example ….The Florida Atlantic University Athletic Department has partnered with Brian Wedding and RoofClaim.com on a $5 million, 10-year sponsorship and they bought the naming rights to Spectrum Stadium in Orlando. But when you look at their Yelp and Indeed reviews they do not look so good. Hmmm…