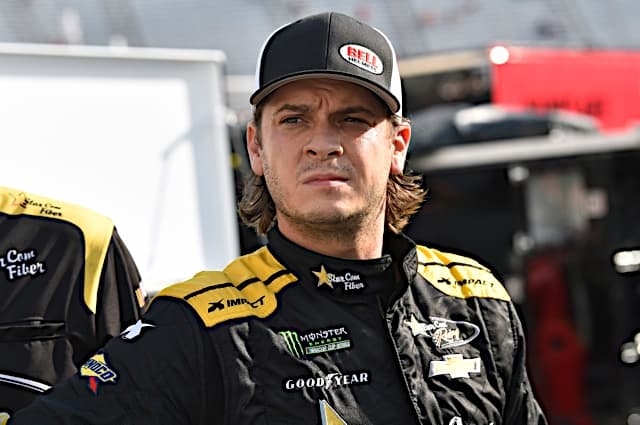 Who should be nominated for the 2021 class of the NASCAR Hall of Fame?

This week, the NASCAR Hall of Fame made a number of changes.

It wasn’t a fix-all, but it was a step in the right direction. The changes will cut both the inductees and the nominations per class. While the current nomination committee is still in play, something I’ve argued is a big challenge facing the Hall, they now have a check with the honors committee.

Looking at the potential modern era nominees for 2021, the seven who were not voted in last season — Sam Ard, Neil Bonnett, Harry Gant, Harry Hyde, Larry Phillips, Ricky Rudd and Mike Stefanik — all have very good odds of making it back on the ballot. If there’s a weak link, however, it would be Bonnett. Kirk Shelmerdine, who was not nominated in 2020 after being nominated in 2019, will probably be rejoining them.

Perhaps the two most deserving names who should be on the ballot this season would be Carl Edwards and Dale Earnhardt Jr. Yes, it’s recency bias, but everybody above Earnhardt on the Cup Series all-time wins list has already been inducted… except for Edwards, who hasn’t even been nominated yet. Both had great Cup careers, and with their strong NASCAR Xfinity Series careers on top of that, they’re both well deserving of nominations.

The pioneer ballot is going to be interesting to watch this season. Ray Fox, Red Farmer, John Holman, Ralph Moody, Marvin Panch, Jim Paschal and Red Vogt are all eligible to return this season under this category. It would be extremely surprising to see Panch and Paschal make it again this year, almost as surprising as it would be if Smokey Yunick doesn’t make it on the ballot. Of the five remaining candidates, Holman is probably the weakest link, thanks in part to Bobby Allison being one of the most respected members in the committee and not painting a pretty picture of him in his book.

The new rule changes won’t fix anything. The honors committee can’t consider anybody until 60 years after their debut unless the modern era committee nominates them for 10 straight years. That’s hard to do when said committee is only nominating ten candidates per year, and according to this chart I made, the closest to that threshold currently is Phillips, who still needs four more years to do so. But at the very least, it’s no longer a given that eventually every nominee will make the Hall.

Who will come out on top in the Busch Clash?

Speedweeks begins in earnest this weekend. While the Hailie Deegan 200 kicks things off in true ARCA Menards Series style on Saturday afternoon, the real fireworks will come the next day for the Busch Clash and Daytona 500 qualifying.

The Clash is one of the most unpredictable races of the week. Usually, it involves a fair amount of sloppy driving from rusty veterans, with the winner usually being a bit surprising. Jimmie Johnson has been a shadow of himself the past couple of years, but that didn’t stop him from being the surprise Clash winner last year in a race dominated by 2024 NASCAR HOF inductee Paul Menard, of all people. With how random the winner usually is, I used a randomizer to make a pick for me: Ryan Newman. Newman usually seems to either win or end up on his roof at superspeedway races, so that seems about right for this race.

After the Clash, qualifying will begin for the 62nd annual Daytona 500. While only the front row (probably all Hendrick Motorsports as usual) will be locked into their positions for next week’s big race, the real spotlight will be on the race to get into the show. The fastest two open teams in Sunday’s session will lock their way into the Great American Race, while the highest finishing open driver in each Duel on Thursday night will make up the final two teams on the grid.

It’s fairly safe to say that Brendan Gaughan will make it in. The No. 62 Chevrolet has had plenty of speed at superspeedways the past few years, and there’s no reason for it to lose any even after flipping last year at Talladega Superspeedway. Daniel Suarez should also make the show with his old but still viable Toyota. Other then that, really any of the other five open teams have solid shots at getting in.

As drivers prepare to tackle the high banks of Daytona over the next two weeks, one Cup veteran will remain on the sidelines: Landon Cassill.

Cassill, a 10-year Cup veteran, has developed a reputation for being one of the best drivers in the garage to build a team around. Under his leadership, StarCom Racing has gone from competing with the likes of Spire Motorsports and Rick Ware Racing to be the best of the worst tier of teams to solidly competing for top 30 finishes every week.

With the team’s decision to go with Quin Houff, a person, for 2020, Cassill currently has no plans for Speedweeks. Cassill doesn’t even really seem to have much he’s committed to outside of, supposedly, some more starts with Morgan Shepherd’s team in NXS.

Don’t let his meager stat-line fool you; Cassill is a very solid driver that keeps equipment clean and has shown that he can compete for Cup wins at super speedways when in the right equipment. His performances in qualifying in Shepherd’s car alone should have clinched a ride in some series. There’s no reason for a smaller Cup or NXS team not to take a chance on him both next week and in the season to come.

What were some of the headlines of the off-season?

There were some other developments over the off-season that I will now give my opinion on in five words or less for each of the following topics:

Derek Kraus to race full-time in Trucks: Let’s see what he’s got.

Floyd Mayweather to own NASCAR team: Apparently a thing?

James Davison to attempt the Daytona 500: I guess plans changed.

Brennan Poole to race full time in Cup: Why is Cassill still unemployed?

Maybe he’s hanging out with Waldo.

BTW, that one sentence would be more accurate if it read….
“Jimmie Johnson has been a shadow of himself the past couple of years, but that didn’t stop him from being the surprise Clash winner last year AFTER CAUSING A WRECK THAT TOOK OUT OVER HALF THE FIELD”.

Landon Cassill not having a full-time ride is a joke. The 00 is going to end up irrelevant without Cassill. Of course, Premium seems intent on making Spire better than them. Spire has the 2020 car and the 15 and 27 have 19s. The back of the grid appear to still be coordinating efforts. I thought StarCom might run the 99 again, banking on Cassill being able to qualify it. Guess not. Austin Dillon and Ty Dillon have rides and Landon Cassill doesn’t. It is, interesting…

I have to say that I have no issues with Ty Dillon. He seems to race with common sense and doesn’t get in over his head by trying to race above his equipment or his capabilities like his meathead brother does. I almost wonder if Ty is the heir to run the day to day operations at RCR in the future?

Landon should have a ride.The owners need to find the money not the driver.