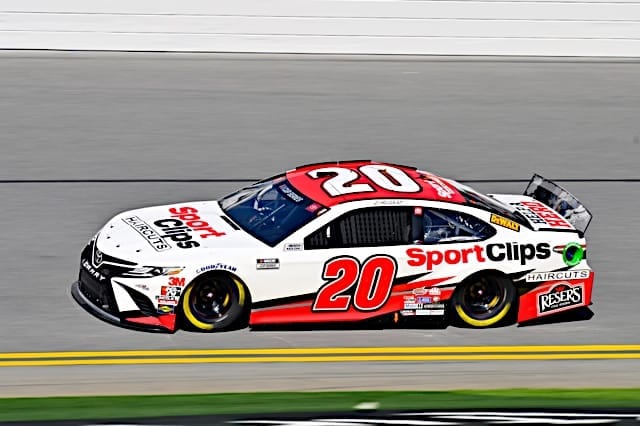 Picking up right where they left off in Speedweeks a year ago, the Joe Gibbs Racing Toyotas posted the top four speeds of the lone practice for Sunday’s Busch Clash. Erik Jones, Denny Hamlin, Martin Truex Jr. and Kyle Busch were joined by Ryan Blaney in the top five. All four JGR Toyotas broke 199.5 mph on track.

While the Toyotas proved lightning fast drafting amongst themselves, the practice session was highlighted by an aggressive drafting practice staged by Fords from the Penske, Roush and Stewart-Haas camps. Bump-drafting and at times going three-wide, the Mustangs were seen visibly working on drafting techniques. Said Clint Bowyer‘s spotter during the session, “these runs are f***ing massive” despite the pack getting no larger than nine cars during the practice.

There were some other team elements on display beyond the continued teamwork of the Mustangs on superspeedways. Pairings emerged within the Hendrick Motorsports camp, as Alex Bowman and Chase Elliott were paired together every time they took to the track for drafting practice. Austin Dillon also hinted at additional teamwork within the bowtie brigade, participating in Hendrick drafting packs on several occasions.