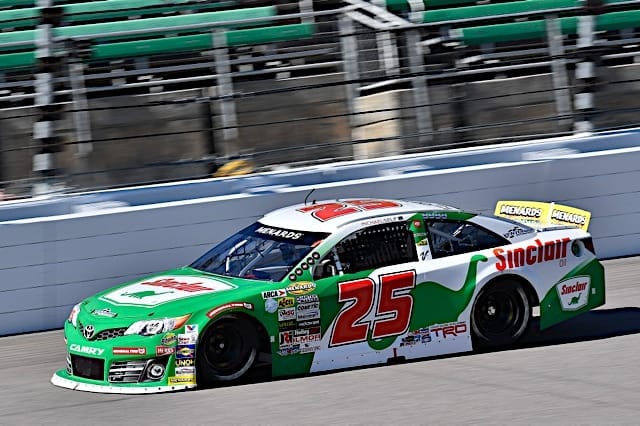 For the fourth year in a row, Venturini Motorsports has won the pole for the season-opener at Daytona. This Saturday, it was Michael Self topping the field as the lead car in qualifying group 1, driving what he called “the best car I’ve ever had at Daytona.”

Self’s run was aided by a five-car pack in group 1 that got lined up early and stuck together, something that none of the other five qualifying groups were able to accomplish. In fact, the top five speeds in qualifying all came from the first group; despite their best efforts, yesterday’s practice leaders in Hailie Deegan and Connor Hall were both unable to crack the top five, as both lacked drafting help. The duo of Riley Herbst and Deegan in group 2 qualified sixth and seventh, tops for any cars that were not in the group 1 pack.

Frustrations with the group qualifying format boiled over during the session with several teams. Following his run, the spotter for Con Nicolopoulos apologized to the No. 0 team, stating that the instructions to the spotters from the tower were unclear and led to a ragged pit road exit for the group. Driver Bret Holmes took it one step further, exclaiming following his run that the group qualifying format was “f***ing stupid” and that ARCA Menards Series competitors may as well draw for their starting positions.

Keeping it all in perspective was Jacob Heafner‘s No. 77 team: “It’s Daytona. [It] doesn’t matter where you start here.”

All 33 cars took time during the qualifying session. There were no incidents, though group 4 was momentarily delayed while the cleanup crews looked for debris on the track.