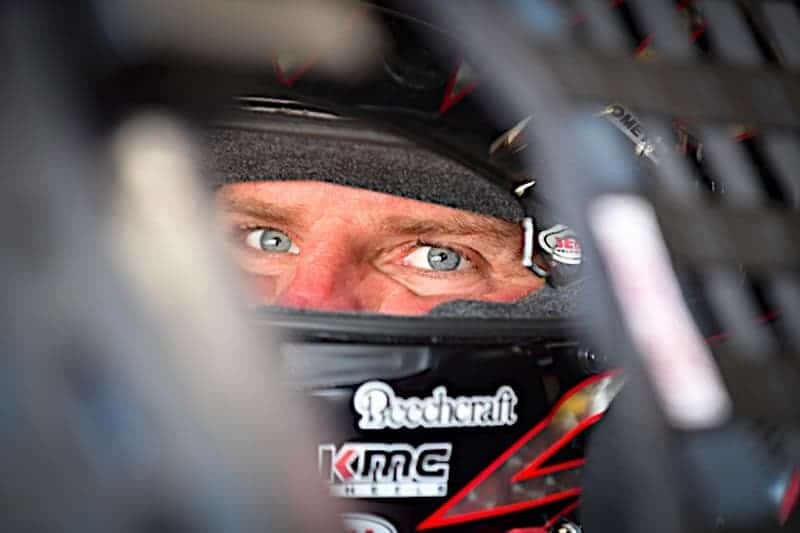 With just six cars still running at the end of the 2020 Busch Crash — er, Clash — at Daytona International Speedway, it was Erik Jones getting by Ryan Newman with a little help from his friend Denny Hamlin to take the win and the bragging rights that come with it. No points come out of this race, but it gives Jones a boost heading into next weekend’s Daytona 500.  Maybe. Only five drivers since the Clash began in 1979 have gone on to win the Great American Race (Dale Jarrett did it twice). The most recent was Hamlin in 2016. On the other hand, Jones has a shot at NASCAR history this week as well. No driver has won the Clash, a Can-Am Duel and the Daytona 500 in the same year, and as of now, Jones has a shot.

One name you didn’t hear much throughout the race broadcast was Clint Bowyer. He ran in the Ford/Toyota group all day and that generally meant near the front. However, he didn’t get a lot of consideration when racing the likes of Kyle Busch, Brad Keselowski and Hamlin, all superspeedway aces.  Yet it was Bowyer who was there at the end, coming through not quite unscathed but still strong enough to finish third.  That’s a solid start to a season that Bowyer needs to be just that to keep his job long-term.

The Clash is often a race of veterans, especially since the current entry rules favor them. In addition to last year’s pole winners, past race champions are invited as well as former Daytona 500 winners and pole sitters. But it’s also a winner-take-all event that usually sees drivers retire if they have problems late in the race. Few finish a lap down only because there’s no reason to risk further damage. But it was a lapped car that determined the outcome of the race this time. Hamlin has proven himself to be one of the best superspeedway drivers out there, but with no chance to win this one for himself, he was still able to show teammate Jones the way across the line first.

Hamlin has been a driver who, in the past, has struggled to back up his best seasons. After falling short of a title at Homestead in 2019, Hamlin served notice he’s not going to back down in 2020. Had there been another caution, he’d have been back on the lead lap and in full contention. That’s the kind of tenacity that pays off.

Can Hamlin come roaring back in the Daytona 500? Don’t bet against him.

Polesitter Ryan Newman was one of the handful of drivers still in it at the end, and he might have won it with a veteran move in the closing laps to take the lead. But with half a lap to go, the engine on the No. 6 gave up the ghost, leaving Jones to battle for the win with Austin Dillon.

Defending race winner Jimmie Johnson avoided one crash like the veteran he is, but he couldn’t avoid the next one, getting caught up in a multi-car wreck late after Hamlin lost a tire in front of the field. Johnson, who ran a half marathon Sunday morning, finished what is likely his last run in the preseason exhibition in 11th. He wound up one of a dozen drivers whose days ended long before the checkered flag.

Defending Cup champion Kyle Busch looked like he’d be a factor all day… and he was. But then, he tangled with Logano racing for the lead when Logano tried to throw one block too many. Busch ended up finishing last on the day without leading a single lap in the event.

For the second year in a row, this race ended with a lot of cars taken to the garage on wreckers. This particular edition stood out as it became the longest Clash ever run. The distance stretched from the scheduled 75 laps to 88 trips around Daytona International Speedway to finally settle it. That took fuel mileage out of the equation as nobody could stretch it that far.

But the real moment of truth this week was the moment the cars took the green flag and the 2020 NASCAR season finally got underway. There are a lot of questions to be answered this year, perhaps NASCAR’s most pivotal moment in decades. One of the sport’s most anticipated Speedweeks is underway, and anything can happen.

It’s been a long winter.

It’s because what you saw Sunday has become the nature of superspeedway racing, and there are five more races before NASCAR leaves Daytona in the rear-view mirror next Sunday night. Eighteen cars started the race… six finished it. And as for the number of cars not involved in an incident? Zero.  Every single car suffered at least cosmetic damage during the race. That’s just not a good luck for any racing series unless it’s actually a demolition derby.

After the race, drivers were vocal about the competition. The closing rate was more than the cars could stand up to, according to a pair of veterans. Once drivers tried to block on top of it, trouble ensued.

“We can go to the front. I mean, our cars are super fast,” said two-time Daytona 500 champion Hamlin. “I think that everyone’s going to realize that these blocks just don’t work. Not with this package. I think the way you used to drive superspeedway races where you had time to see the runs coming, it just doesn’t work and causes carnage like you see. It’s great for TV, but if you don’t want to finish, then you continue to do the same thing over and over.”

“We need to do a better job with our cars to receive those pushes,” added Johnson, whose three wins at Daytona also include two in the 500-mile classic. “When I was up front and the second group caught the first group, there was so much energy in the group and they were able to slam draft like we could years ago. Our cars just weren’t ready for that; our setups weren’t right for that.”

Will the 2021 cars change the game? One can only hope because the status quo is clearly unacceptable.

How… come this race is so long?

Is there any real reason for this exhibition to be 75 laps? Sure, it’s more racing for the fans who bought tickets, and that’s something. But really, the Clash was at its best in the early days when it was also at its shortest. Early versions were just 20 laps. Based on what we saw Sunday, why not go back to that sprint for all the marbles? Before a late rash of on-track mayhem was unleashed, this race, an exhibition meant to start the season off with some excitement, was setting up to be a fuel-mileage battle.

Why let mileage even play a role? Cut the race to less than a fuel run and saddle up. There would be no hanging back for 50 or 60 laps, no fuel calculations. Just good, hard superspeedway competition… as it should be in this kind of event.

Daytona and Talladega never had multi-car wrecks until NASCAR mandated restrictors. For over 30 years they’ve tinkered with plate hole sizes, aero, tires and other changes and still the carnage persists. May be better for the sport to and cheaper for the teams to just drop these tracks from the schedule if they can’t figure it out. About $3M worth of damage today. Maybe it’s good for TV, but I’d never spend the money to see a disaster like that in person. Best drivers in the world? Not quite sure about that. Go to Eldora and watch a 410 winged sprint car race, then tell me who the best drivers are.

I don’t care for pack racing myself cause of exactly what we saw yesterday. As for $3M worth of damage, there was a lot more than that. I recall reading an article some time ago that has stuck with me stating that between wind tunnel time and resources, each Daytona car costs over 500K and top teams around 1.5M. So I imagine the cost is substantially larger than that today. Why NASCAR is looking at implementing caps in 2021.

my takeaway from race was austin dillon, the only car who had no damage, still could not win.

thursday will be a mess and heaven help up next sunday. they’re just lucky none of the drivers were seriously injured.

if this racing thing doesn’t work out for logano, he has a budding career in sod cutting.

I think there were a few reasons Denny was still out there turning laps as the only car not on the lead lap. One, was to potentially help Jones. Which obviously worked out. Two, to prove that he had the fastest car by crossing the finish line ahead of everyone else. However, this took a back seat to pushing Jones to the win, although he did go for it once he know Jones would win, and probably would’ve crossed first if the finish line were in the Talladega location. And three, with all the crashing in the race there was reason to believe that the 5 lead lap cars could still take each other out and he could win from a lap down.