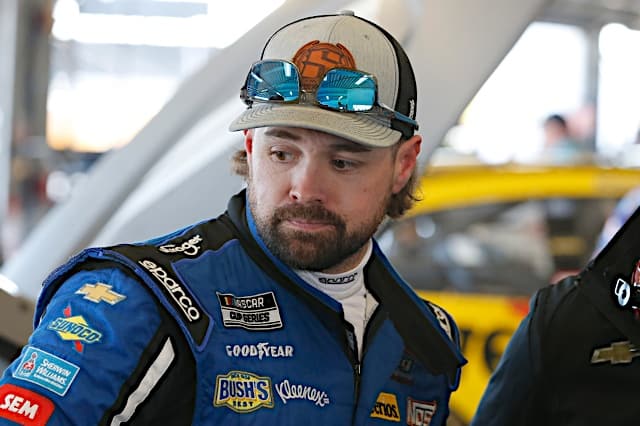 Hi, if you follow me on Twitter you probably know I love stats. So for the 2020 NASCAR season, we’re taking a few of those stats to the next level in a new Frontstretch column called Trendy Tuesday.

No, I didn’t put any stats on Twitter this week following The Clash, so the column may look a tad different come next week. But you can bet your tuckus there will be some for all three national touring divisions this weekend in Daytona. Hopefully you can follow along!

Stenhouse was the 18th driver to take time on Sunday, posting a speed of 194.582 mph. At that time, little did he know that would hold off the quartet of drivers at Hendrick Motorsports, as well as the rest of the field.

The pole is Stenhouse’s third of his Cup career, and first since May 2017 at Talladega Superspeedway. We remember how that race ended, with him in victory lane for the first time. His first pole came all the way back in 2013 at Atlanta Motor Speedway in his sixth career start, edging out then-teammate Carl Edwards.

For JTG, it’s also the team’s third pole, though its first on an oval. In 2015, AJ Allmendinger swept the poles on the road courses of Sonoma and Watkins Glen.

Alongside Stenhouse on the front row for the Daytona 500 is Alex Bowman, making it his third consecutive front row start for the Great American Race. The second-place run also extends Hendrick Motorsports active front row starts streak to six straight years for the race.

In 2015, Jeff Gordon won the pole for his final 500. His teammate Jimmie Johnson started second. Chase Elliott took the field by storm in 2016, picking up his first career pole at Daytona. In 2017, Elliott repeated his pole performance with HMS teammate Dale Earnhardt Jr. starting his last Great American Race alongside him.

Come Sunday, Bowman will make it the sixth straight season an HMS car starts on the front row for the Daytona 500, so long as he gets through Duel No. 2 on Thursday (Feb. 13).

18 drivers strapped up on Sunday, hoping to win the Busch Clash. Some 97 minutes later, Erik Jones was the first of six drivers to finish the race, the fewest in its history, dating back to 1979.

The next fewest was in 1981, when just seven cars finished the race. However, that was the same number that started the event and Darrell Waltrip went on to win.