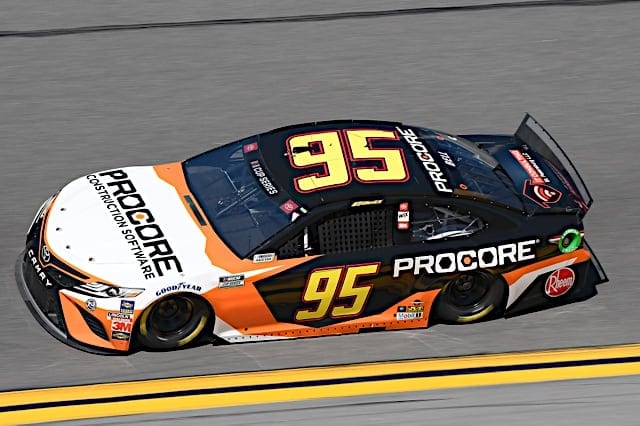 The season hasn’t even officially started yet and it’s already time to pump the brakes on our expectations.

This year’s NASCAR Cup Series rookie class of Christopher Bell, Cole Custer and Tyler Reddick is rightfully being touted as one of the best in recent memory.

Their talent speaks for itself. But we – myself included – need to stop telling ourselves they and other young stars in the series are busts if they don’t win within their first two seasons.

Rookies like those I mentioned. and even another recent addition to the Cup Series like William Byron have two of those things – equipment and experience. But what they all lack is experience.

This year is Byron’s third year in the No. 24 car for Hendrick Motorsports. And after he made notable progress with crew chief Chad Knaus as 2019 wore on, expecting more from him is reasonable.

But to expect Bell, Custer and Reddick, last year’s Big Three of the Xfinity Series, to contend for Cup Series wins right away just isn’t realistic or fair.

I’m guilty of it too. It’s hard to hold back when we see a young group of drivers appearing so primed to compete.

Bell is driving the No. 95 Toyota for Leavine Family Racing, a team that should be competitive far more consistently this year than we saw in 2019 because of its tighter ties with Joe Gibbs Racing, even if that partnership isn’t what Furniture Row Racing had in 2017 when Martin Truex Jr. won the championship.

What’s fascinating is what moving to Cup entailed for both Custer and Reddick.

Custer is in the No. 41 Ford for Stewart-Haas Racing and Reddick moves into the No. 8 Chevrolet for Richard Childress Racing.

The drivers they replaced are the victims of expectations being set too high too early.

SHR dumped Daniel Suarez to make room for Custer after just one season in the No. 41 car. Suarez had two seasons with JGR in the No. 19 car after Carl Edwards suddenly retired and JGR needed a replacement.

After Suarez’s lack of success there, he got the boot to make room for Truex. Then he only got one year at SHR before getting ousted for Custer.

There is fair criticism to be made that Suarez has never made the playoffs while driving for two of the sport’s best programs. But was it fair for SHR to boot him after just one year with that team? There’s room to debate that too.

At RCR, Daniel Hemric suffered a similar fate. After a strong yet winless 2018 in the Xfinity Series, Hemric entered the Cup Series as a rookie last year. But after limited results – one pole, two top 10s and a Talladega Superspeedway top five – Hemric was shown the door in favor of Reddick.

Reddick’s recent Xfinity success – two titles, eight wins and 47 top 10s in his last 66 races – tells you every reason you need to know that led him to Cup. But Hemric’s results were right in line with other cars from RCR and its affiliates.

This conversation isn’t just limited to this year’s rookies. The same applies to Matt DiBenedetto, who is driving the best equipment he’s ever had as he takes over the famed No. 21 Ford for Wood Brothers Racing.

And let’s go further down the driver development line to the ARCA Menards Series where we find rookie Hailie Deegan.

Deegan has hardly been in a stock car for two years in the ARCA Menards Series West circuit, yet she’s already being promised to fans as the next catalyst for women to join NASCAR or become fans of it.

It isn’t unreasonable to see the potential she possesses. Deegan is absolutely going about her stock car career the right way, taking her time by not rushing into ARCA or the Gander RV & Outdoors Trucks Series before she was ready.

Let’s allow her the time to grow into the best versions of themselves before we anoint her the next best thing.

Let’s allow all of these drivers to find their footing this year and not dubbing them a washed-up scrub before they get a chance to get their feet wet.