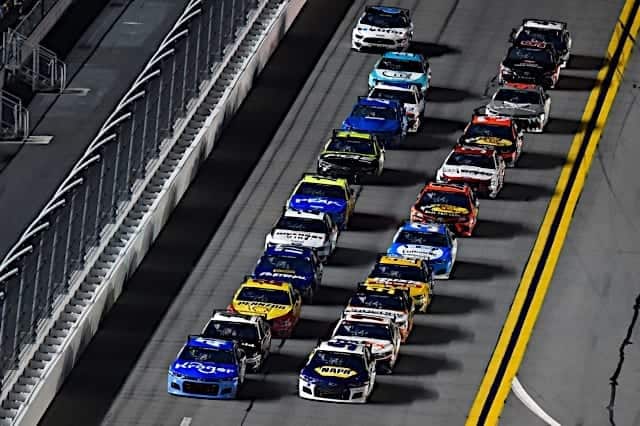 Charters in the NASCAR Cup Series are here to stay for the foreseeable future. The sport announced in a press release Friday afternoon (Feb. 14) that it agreed with team owners to extend their initial charter agreement through 2024, re-cementing 36 guaranteed spots on the grid for the Cup Series each weekend.

“The Charter agreement is delivering stability and long-term value to existing team owners while providing a clear path for ownership in the NASCAR Cup Series,” Steve Phelps, NASCAR president said in a press release announcing the move. “We are pleased to have reached an agreement with the team owners that extends the length of the Charter system until 2024. A healthy ownership structure ensures strong, competitive racing for our fans, which is a goal the industry collectively shares.”

The agreement with NASCAR owners started in 2016, granting 36 charters that came with a guaranteed spot for each Cup Series race. These provide them with a consistent income, restructuring the purse to give less money to the four “open” teams that fill out the 40-car field.

Charters can also be bought and sold, giving teams the chance to get a financial return when they close up shop. Furniture Row Racing’s charter sold for $6 million when the team closed its operation following 2018. While notably less than the $2 billion received during the sale of a MLB or NBA team, the sport hopes it’s a baseline from which franchise value can increase over time.

According to Adam Stern, the Race Team Alliance encouraged teams to agree to the deal.

And limiting or eliminating the likelihood that someone will come in and take some of the cash from the megateams.