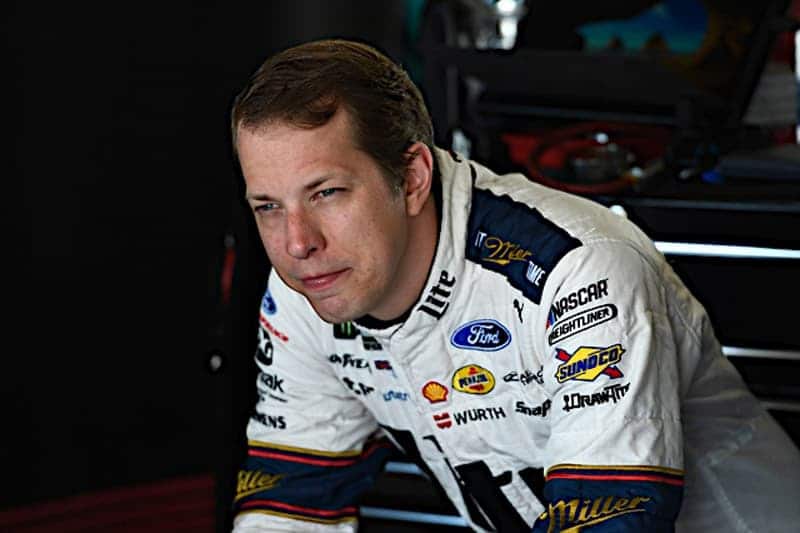 The NASCAR offseason is finally over! And with the start of the 2020 Cup Series season comes the start of a new year of playing daily fantasy NASCAR FanDuel games.

Stock car racing is back in a big way, kicking off the year after three months away with the sport’s Super Bowl: the Daytona 500. With the possible exception of the Indianapolis 500, there’s no bigger race in the western hemisphere. No individual stock car event has ever offered up a bigger purse ($23.6 million). Cars will easily be hitting 206 mph in the draft, the fastest they’ve been in the last 31 years of The Great American Race. Even the President of the United States, Donald Trump, will be attending this year’s festivities.

With no full-length races so far at Daytona International Speedway under this current tapered-spacer rules package, there’s going to be a lot of unknowns heading into Sunday’s (Feb. 16) race. Really, there’s a credible argument to pick any of the 40 drivers. Some, however, still stand head-and-shoulders above their peers on the high banks.

Also, with only 0.1 points awarded for each lap led by a driver, the need for a dominator is less important when building a winning lineup. The 200-lap race will have a total of 20 points up for grabs in this category. Take note when building your roster and focus on midpack competitors who can climb up toward the front on race day.

It’s time. Keselowski has enjoyed plenty of success at superspeedways over the years, but he’s just had some of the worst luck at Daytona over the years. Even though the 2012 NASCAR Cup Series champion is often lauded for his pack-racing accomplishments, his actual stat line at Daytona is pretty dismal.

Why Keselowski and not Kevin Harvick? Simple: Keselowski is hungrier. He’d never admit to it, but I’m sure Keselowski isn’t thrilled about largely playing second banana to his younger teammate Joey Logano since he convinced Team Penske to take a chance on the then-Joe Gibbs Racing flame-out. And with Ryan Blaney making it further in the playoffs last year, it wouldn’t shock me at all if there’s just the tiniest chip on Keselowski’s shoulder this year that will drive him to go out and prove that he is the big dog at Penske’s NASCAR operations. And a win in the biggest race of the year would go a long way to making that statement.

Hamlin has developed into one of the best superspeedway drivers in NASCAR over the past few years, especially at Daytona. Why he isn’t the most expensive driver this week in FanDuel is just baffling. Even if Hamlin doesn’t repeat as Daytona 500 champion, he’s an incredible pusher who will be involved in almost any scenario where a Toyota wins this race. And picking drivers who can just escape with solid finishes in this race is the best way for your team to finish in the money.

Toyota, in general, is in a weird position with this race. With Daniel Suarez failing to make the grid, the Japanese automaker has just five entries in the race. All five have speed, but not having car counts in the double digits like Ford and Chevrolet puts them in a huge disadvantage if they only end up with one or two making it to the last 20 laps of the event. Still, this isn’t a new thing at all, and Toyota has been able to overcome this handicap plenty of times over the years at Daytona and Talladega.

Like with Keselowski, stats don’t tell the whole story here. Elliott came this close to winning the 500 a few years ago in 2017, leading most of the late portion of the race before running out of fuel a lap too early.

Elliott does have a Daytona win to his credit… in the NASCAR Xfinity Series. Still, as the lead driver for Chevrolet’s efforts in NASCAR, the sport’s most popular driver is going to have plenty of people to work with in the final stage of the race. It’s smart to take one big driver from each manufacturer in this race just in case one stands head-and-shoulders above the rest. The No. 9 Chevrolet is probably the second-best of the bowties in the field on Sunday. Who’s number one? Well…

Although it’s now been a couple of years since Stenhouse’s last superspeedway win, that doesn’t mean he won’t be a major threat to win on Sunday. Stenhouse will begin the 500 with the best seat in the house – the pole position – and has shown speed all week.

Take it from Logano. After he was able to beat Stenhouse in the first Duel race on Thursday night, Logano outright admitted that the No. 47 Chevrolet is the best car at Daytona this week and that he was only able to beat him thanks to the Fords outnumbering the Chevrolets in the race. That problem won’t be near as pronounced with a full field of 40 cars, especially with a few bowties starting near the front to assist the two-time Xfinity Series champion in the early going.

Quite possibly the biggest steal this week. Granted, Gaughan has a very meager statline at superspeedway races. But that’s primarily due to horrible luck over the past few years. When it comes to small teams on the grid in that time period, there’s no denying that Beard Motorsports has had the best chance at Daytona and Talladega to pull off a surprise win.

Gaughan challenged for the win late in the going in last year’s 500 before getting caught up in a crash. This was before the fall Talladega race, when Gaughan flipped than loudly announced that he would come back and attempt the 500 this year. Now that he’s in the show for what he claims will be the last time, Gaughan has a lot of value at this price and will fetch a great finish (with a huge return on position differential bonus with his last place starting position) if he can avoid the late race trouble that plagued this team in its four starts in 2019.