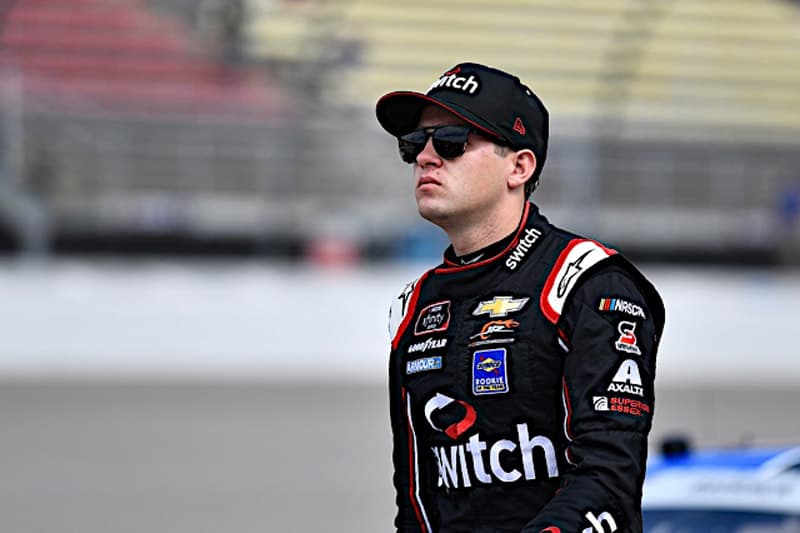 Before the green flag even had a chance to fly, a small rain shower delayed the start of the 62nd annual Daytona 500 Sunday afternoon (Feb. 16) briefly. Once the track was dry, drivers took the green flag but only ran 20 laps before more rain stopped the race.

NASCAR worked feverishly and nearly had the track completed. In fact, drivers and teams were called back to their cars to prepare to restart the race before a torrential rains hit, ending any possibility the race would run on Sunday.

The Daytona 500 will resume Monday, Feb. 17 at 4 p.m. ET. Polesitter Ricky Stenhouse Jr. has led all 20 laps after starting on the pole and will lead the field to the green alongside Joey Logano. Aric Almirola, Ryan Newman and Kevin Harvick round out the top five. – Beth Lunkenheimer

The graduation of Christopher Bell, Cole Custer and Tyler Reddick from the NASCAR Xfinity Series to Cup left opportunities for drivers such as Noah Gragson and Ross Chastain to win races and become 2020 championship contenders.

But Gragson and Chastain had very different 2020 debuts. Gragson led 15 laps and accrued the most points en route to winning the NASCAR Racing Experience 300. It is his first career NASCAR Xfinity Series win as the youngster seeks a deeper 2020 playoff run.

Gragson failed to win a race last season, his rookie year in the Xfinity Series with JR Motorsports and finished eighth in the championship standings last year. His outlook for this season is much brighter after his win in the NASCAR Racing Experience 300.

Although he is not mathematically locked into the playoffs, Gragson realistically made it with his win. His team owner Dale Earnhardt Jr. noted Gragson continues to grow as a driver. He is only 21 years old, after all.

Credit Gragson for asking for advice from Earnhardt Jr., who was proud Gragson adhered to it. He led the way as JR Motorsports drivers combined to lead 64 of the 120 laps in this race. Gragson worked exceptionally well with teammates Jeb Burton, Michael Annett and Justin Allgaier throughout the race. All four drivers earned stage points.

The Xfinity Series Big Three and John Hunter Nemechek moved to the Cup Series. Without those four drivers, Gragson was fourth-best in class last season. The win makes it far more likely he’ll get a leg up on the rest of the NXS field in the short-term.

On the flip side, Chastain was not so fortunate on Saturday (Feb. 15). He and teammate AJ Allmendinger both experienced mechanical issues during qualifying. Both drivers failed to make it, a shock because Kaulig Racing drivers crossed the finish line 1-2-3 (its No. 10 was disqualified afterward due to a post-race inspection failure) in the July 2019 race at Daytona. Chastain is running full-time in the Xfinity Series this year, too, for the organization.

Kaulig Racing bought out Jeff Green and the No. 38 ride in order to put Chastain in the show. As a result of the ride switch, he dropped to the tail end of the field to start the race. Chastain worked his way up the field but was only able to muster seventh place at the end of the second stage.

During the pit stops at the end of the second stage, Chastain made contact with someone on pit road. His No. 38 Chevrolet was heavily damaged, ending his chances to earn a good finish. He continued racing but finished five laps down in 22nd place, barely a blip on the championship radar after race one.

The Xfinity Series now heads to Las Vegas Motor Speedway for an event next Saturday afternoon. The 1.5-mile track will likely serve as a better indicator of who will be title contenders this season. Gragson will be a favorite to win that race, too, as you’ve got some homegrown talent coming back from the trophy. – Mark Kristl

In what turned out to be a photo finish Friday night at Daytona International Speedway, last year’s regular-season champion, Grant Enfinger emerged with his first win since the 2018 season.

For Enfinger and ThorSport Racing, in general, the early victory is a redemption of sorts that saw two of the organization’s three drivers knocked out of the 2019 playoffs after an engine failure at Las Vegas Motor Speedway through no fault of their own. And while it won’t guarantee Enfinger’s presence in the 2020 playoffs, it’s a pretty solid step in the right direction since there were only seven series regulars who won in the entirety of 2019.

Meanwhile, the remainder of the top-five finishers all scored career-best results. Jordan Anderson was second, while Codie Rohrbaugh took the checkered in third. The pair, along with Enfinger, all ended up within a truck-length of one another. Derek Kraus and Natalie Decker rounded out the top five. – Beth Lunkenheimer

In recent years, Rebellion Racing has been a mainstay in endurance racing, both in Europe and the United States.  That will come to an end later this year.  Rebellion Racing announced Thursday (Feb. 13) that they will cease racing activities following the 24 Hours of Le Mans in June.  This doesn’t just affect their program in the FIA World Endurance Championship, but endeavors in Rally Raid as well.

Rebellion Racing had previously announced that they were going to partner with Peugeot with the development of Peugeot’s new Hypercar, due to debut in 2022.  The Peugeot Hypercar project is still on, but Rebellion won’t be involved.  ORECA was supposed to be involved as well, but they reportedly walked on the project after the LMDh formula was announced.  The project will continue with assistance from Ligier.

Rebellion Racing dates back to 2007, when the team entered the Le Mans Series as a joint venture between Speedy Racing and Sebah Racing, running a Spyker C8 Spyder GT2-R (this was a somewhat bizarre Dutch-built convertible).  The team first ran a prototype in 2008 (the silver Lola B08/80-Judd seen in this Wikipedia article).

The team finished second in LMP2 points in 2009 before moving to LMP1 only competition in 2010.  To American audiences, they first came into consciousness when the team ran part-time in the American Le Mans Series in 2012.  Back then, they won Petit Le Mans.  Two more wins came in 2013 before the team focused on the FIA World Endurance Championship.

Since 2014, Rebellion Racing has been the strongest non-hybrid team in the WEC, first with their own Rebellion R-One chassis, then with the ORECA 07-based Rebellion R13.  They also ran in LMP2 in 2017 full-time in the WEC and part-time in the IMSA WeatherTech SportsCar Championship. – Phil Allaway