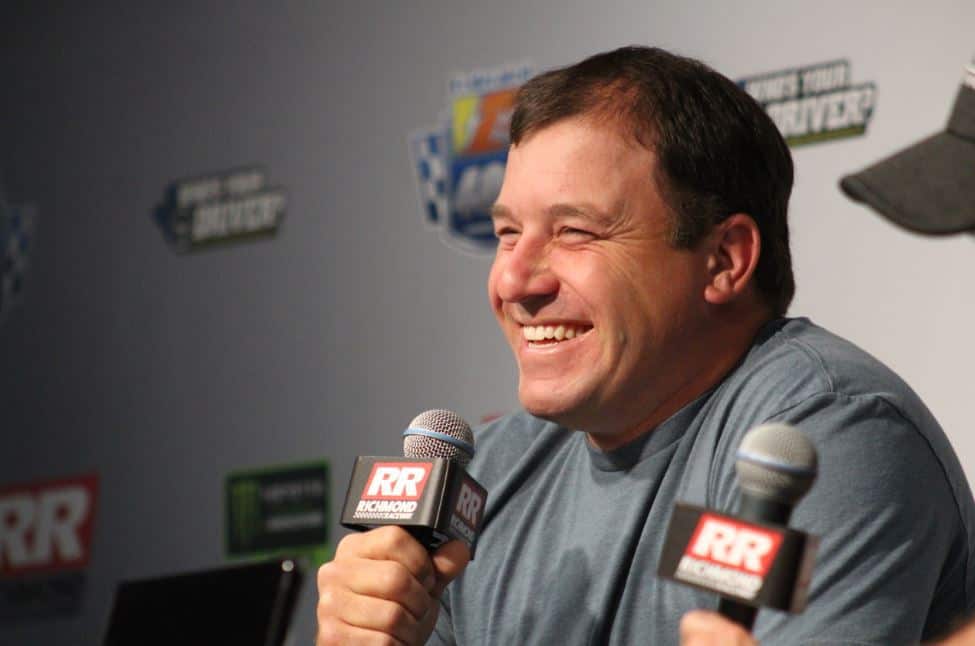 As the field came to the checkered flag in Monday’s rain-delayed Daytona 500, Ryan Newman was involved in a horrific crash that sent him straight to the hospital.

As the entire NASCAR world awaited an update on Newman’s condition, the support came pouring in on social media.

Some of the messages included those from fellow competitors Corey LaJoie, Noah Gragson and more.

Dang I hope Newman is ok. That is worst case scenerio and I had nowhere to go but smoke.

This shit is real. We’re all on the road together doing what we love. Please let @RyanJNewman be ok here. ?

At 10:04 p.m. ET, NASCAR Executive Vice President Steve O’Donnell delivered the news everyone had been hoping for: Newman had survived the accident at Daytona. He also read the following statement from Roush Fenway Racing.

Once the news was delivered that while Newman is currently at the hospital in serious condition, the entire NASCAR world breathed a collective sigh of relief. Suddenly, the Frontstretch staffers who had gathered in a chat room nervously awaiting for news together turned from concern to hope, reminiscing about their favorite Newman memories.

After seeing the Newman replay I was dreading having to do DBC this week. Holy Miracle. Hoping he has a full recovery is a lot easier to do than hoping he’s alive. Continued prayers.

So thankful to hear Ryan’s injuries are not life threatening. My biggest fear while upside down Friday night was getting hit in the drivers side. To see it actually happen was such a scary moment. Please continue to send thoughts and prayers to Ryan and his family ??

First a foremost I want to give well wishes and prayers to @RyanJNewman. I had absolutely NO IDEA of the severity of the crash until I got to victory lane. There’s very little communication after the finish and i had already unhooked my radio. It’s not anyone’s fault. ?Rocket

Every ounce of effort put into safety over the past two decades has just paid off.

We all act invincible, at times even feel that way, especially as the laps wind down….this always hits home, pulls everyone together and back to reality of what we all choose to do week in and week out. Continue to pray for @RyanJNewman and family. Big man upstairs has a plan.

Something I love abt #NASCAR, the ppl. We’re passionate abt our drivers & teams, but we also love EVERY driver, crew & media member’s family. We come together in triumph & to support each other in times of need. Still sending ❤️s & ??s @RyanJNewman #TeamNewman #DATONA500

Longest…most silent flight I have ever been on. Grateful to get off that plane & hear some positive news coming from Daytona Beach. The racing community is a special place, I’m glad to be a part of it & in times like this it shows how great it really is. Goodnite ?

A fan leaving flowers for Ryan Newman outside Roush Fenway Racing in Concord. Relief tonight that he has non-life threatening injuries. @WCCBCharlotte pic.twitter.com/A1b3Hc01kw

Ryan Newman morphed into A.J. Foyt tonight and bitch slapped the grim reaper back to the shadow realm tonight.

Sure, there are still a lot of unanswered questions, and we have no idea what the future holds for Newman. But for tonight, we can rest a little easier knowing that doctors do not consider his injuries life-threatening.

The entire Frontstretch staff sends its thoughts and prayers to Newman and his family during this time.

horrible. friends with ryan’s spotter. i was sick all night.

i don’t know if i can watch another race. so many memories of injured drivers flooded my mind last night….dale, remembering how ernie irvan got nailed, bobby allison.

200 mph = no good. i texted that to a friend last night before the mayhem started in the last segment.

prayers for ryan and the team.