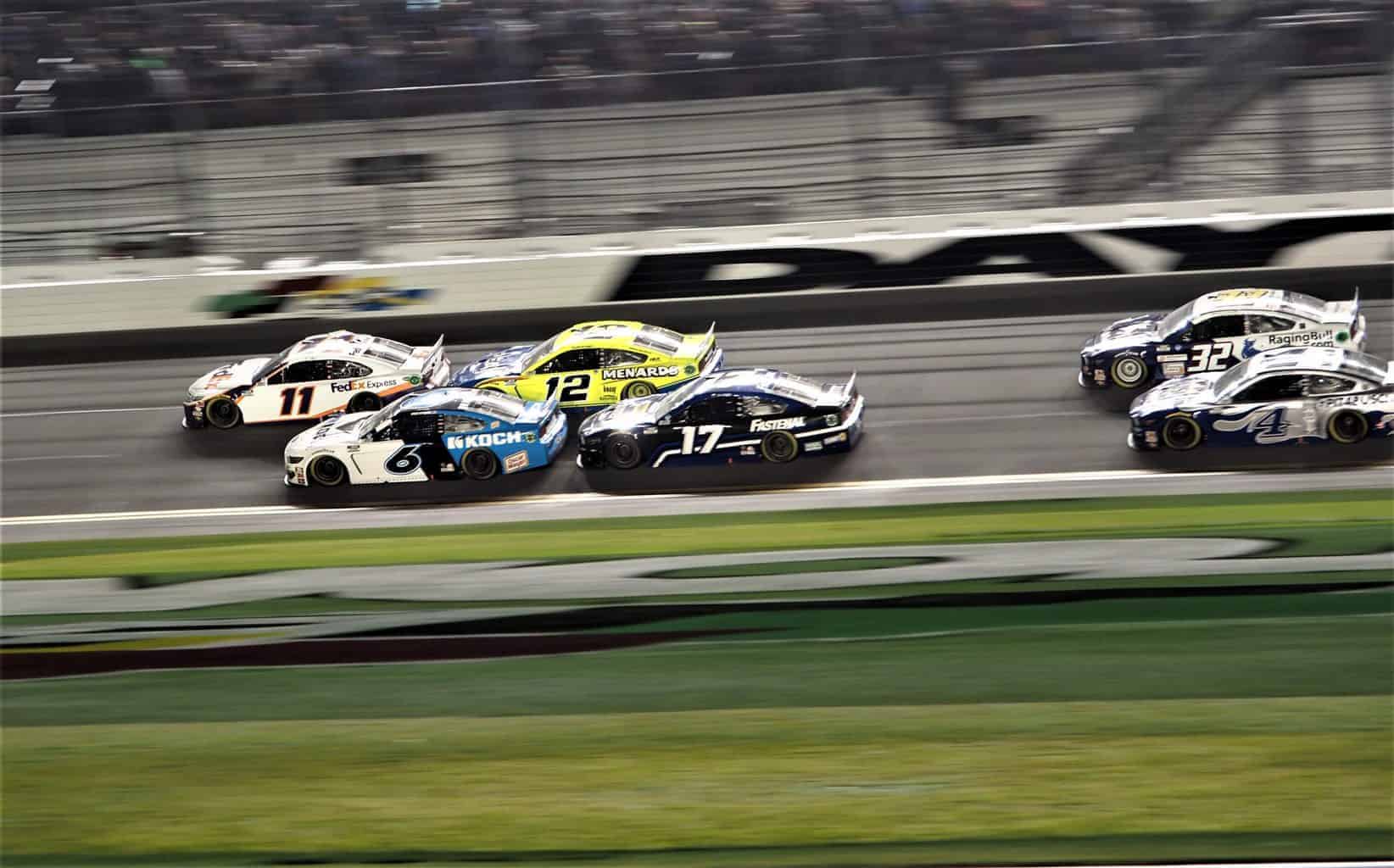 The first thing to mention this week is we are all glad Ryan Newman is okay after the terrifying wreck on the last lap on Monday’s (Feb. 17) Daytona 500. However, even with the Newman wreck, there were many other storylines that came out of the race, such as manufacturer alliances, lower budgeted drivers scoring good finishes and rookies impressing out of the gate.

Which story is going to be the biggest throughout the season? Who is going to impress most of the rookie class? Will the manufacturer alliance last all season long or will it die out?

Saturday (Feb. 15) afternoon’s Xfinity Series race was also one for the ages. After last season’s single-file parade, this year proved that drivers were here to race for the win for all 120 laps for the event. In the end, Noah Gragson came out on top, the first win of his young career. Now with the top three drivers from last season in the Cup Series, the Xfinity Series seems wide open as to who will take over the reign of the best of the best.

Who is going to be that main guy this year? Will we see more of a share of wins or will one driver dominate that category? Is Gragson going to be a favorite in his sophomore season?

Q: Aside from the whole Newman situation, what was your biggest storyline coming out of Daytona? Hank S., Bakersfield, CA

A: There are a lot of things that came out of Daytona but all of our thoughts and prayers are with Newman and his family right now. Personally, I have never seen a car wildly flip that way and get hit mid-air but I know we are all extremely thankful he survived and has since been able to speak with doctors and his family.

With that said, we had some drivers get excellent results to start off 2020 such as Ryan Blaney with a runner up finish, Chris Buescher in a brand new ride for Roush Fenway Racing in third. Meanwhile, semi-retired driver David Ragan scored a fourth-place finish, his best result in the Daytona 500. The small teams like Brendan Gaughan for Beard Motorsports and Corey LaJoie for Go Fas Racing both scored top 10s. LaJoie was unfortunately caught up in the Newman incident but still came away with a great finish and had a legitimate shot to win the race coming to the white flag.

So many drivers had great runs to begin the year, and now the question will be, who can keep it up? We already know Gaughan and Ragan will not be running all the races, but keep an eye on Blaney and Buescher specifically. Both had decent seasons in 2019, but expect Buescher to break out in 2020 most of all. Being back at RFR is going to be huge for him and expect him to click off some consistently good runs to start the year.

Further back in the final running order, last year’s Xfinity Series Big Three turned Cup Series rookies, Christopher Bell, Tyler Reddick and Cole Custer, all flexed their muscle at some point in Monday’s Daytona 500. All were in the top five and in contention at different times but all performed under pressure until later issues plagued them. The one most forget about is John Hunter Nemechek who also had a solid run in 11th. We are going to see a tight battle like this all year long.

Another one that stood out was just how strong the Chevrolet teams have been right out of the gate. Yes it was Daytona and it may be too early to say they’ll be good all season, but if you watched them on Monday, they worked well together. Many of them were able to give bumps without issues which is something that was a problem with the old, pointy nose. Teamwork is something many struggled with the last few seasons but they seem to have that figured out now. Sharing information will be important too and if they do that more than in the past, they are going to be dangerous, especially with the lineup they have. Las Vegas Motor Speedway and Auto Club Speedway will be good tests as to what we will see out of them, but expect them to run very well.

Obviously everything was about Newman on Monday but let us not also forget that Denny Hamlin captured his third Daytona 500 title, cementing him as one of the best superspeedway racers of this generation. This weekend was historic for many reasons, both good and bad, but it is going to be a wild start to the season.

Q: On the Xfinity side, after Noah Gragson’s big win, who do you see becoming the top driver in the series now that the Big Three have moved up to Cup? Walter R., Hartford, CT

A: There are a few candidates for this spot, but even with the win, I do not see Gragson being the best this season. While I expect he’ll easily be a top-five contender, Justin Allgaier is the one that sticks out the most.

Last season, Allgaier had a down year for himself. Even though he once again made the Championship 4, only one win to his name was very unlike him compared to the year before. Now, he is poised to capture a title this season and be the favorite to do so. Being the elder statesman at JR Motorsports, he has high expectations for the team.

He has plenty of experience on his side and now with a variation to the playoff schedule, he is going to thrive once he gets there. Many of his best tracks are inside the final few races of the season, including Phoenix as the finale, where he won back in November. There is an entire season to go until we are there but it is almost a guarantee that he will make the playoffs come September.

The real season begins this weekend at Las Vegas and do not be surprised at all if Allgaier starts off the year with a win there. If you think about the Big Three from last season, they won over half the races on the schedule. Take them out of the equation and you have a wide-open scenario as to who will take home the most wins this year. Allgaier can be that guy.

There are going to be plenty of contenders like Austin Cindric, Chase Briscoe, Ross Chastain and Harrison Burton just to name a few, but Allgaier is going to be the favorite. The Xfinity Series is loaded with talent this year and have a few guys who are going to move up to the Cup Series in the next few seasons. It has been about the young guys the past few years, but expect the veteran in Allgaier to overtake the series.

Actually, other than Ryan, what should be the biggest issue being discussed is the number of cars/trucks destroyed during Speedweek. The fact that this has become so normal/expected speaks volumes about the state of NASCAR. You want to save teams money, find a way to get the attrition rate below 25%.