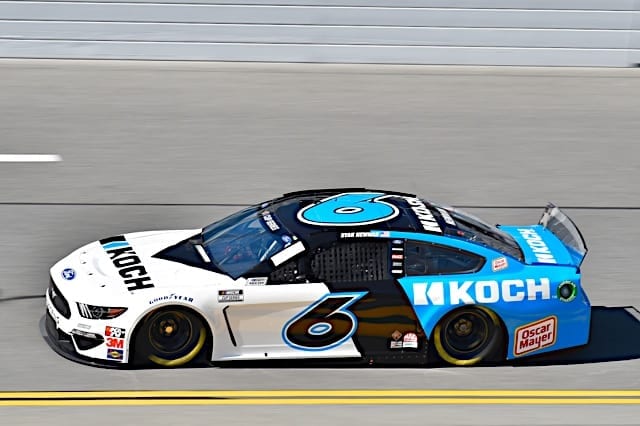 Twelve years ago in 2008, Ryan Newman won the 50th running of the Great American Race. His success that day came in large part from a monster of a last-lap push by then-Penske teammate Kurt Busch. I was lucky enough to be there that day – my first Daytona 500 – and the reaction of the fans is one I won’t forget for a while. This past Monday as the duo of Newman and Ryan Blaney rocketed past race-leading Denny Hamlin on the backstretch, it looked as if the Rocket Man was going to win his second 500. What happened next needs no rehashing in this column. Then on Wednesday, we got the best NASCAR news we’ll get all year as Newman walked out of the Halifax Medical Center hand in hand with his two daughters.

As to when and where he might return to a race car that remains to be seen but for now, we can rejoice in the fact that it’s a possibility. Ross Chastain will fill in while Newman recuperates as announced by Roush Fenway.

My continued prayers for Ryan’s successful and complete recovery.

Kicking off a three-race west coast swing, the Cup circus heads to Las Vegas for the first race of the year at a mile-and-a-half circuit. The following weekend, we’ll head to Auto Club Speedway for some four- and five-wide racing on the spacious two-mile track before finishing up the trip at the site of the championship-deciding race – Phoenix Raceway. Martin Truex Jr. won last season’s playoff race at Las Vegas Motor Speedway en route to a second-place finish in the overall standings, while Joey Logano took the checkers in the first race of the year. It’s almost a cliché to say Sunday is the start of the actual season, but in many ways it actually is. Coming out of Sunday’s race, assuming no inclement weather of course, we’ll have a much better idea of where teams shake out vis-à-vis the competition and how the new Chevy body might be a factor. Certainly, once we’re through this trio of west coast races, a much better picture of how the season may play out will be taking shape.

With the 2020 season and the first race in Melbourne, Australia just three weeks away, Formula One preseason testing is underway with the first of a what will ultimately be six, not the usual eight, days of testing, 25% less than in previous years. The first of two three-day tests is ongoing, at the time of writing, at the Circuit de Barcelona-Catalunya in Spain. The truth is it’s difficult to place too much stock in results from preseason F1 training. This time last year, Ferrari looked to be the team to beat. Then Mercedes won eight races in a row, six for the champion Lewis Hamilton and two for Valtteri Bottas, not to mention a remarkable record five straight 1-2 finishes to open the season. With some serious changes to the regulations coming in 2021, including a cost cap of $175 million, significantly under the current budgets of the big three teams who each come in at around $450 million plus — nearly half a billion dollars. This cap doesn’t include marketing budget, driver salaries or those of the top three executives but it’s still going to be quite the sea change in F1.

A quick point about the pride of Unadilla, Georgia – Mr. David Ragan. I had the pleasure of writing his “retirement” season review this past December and here we are in February and Ragan has a fourth-place finish in the Daytona 500 – just the 16th top 10 of his 15-year, two-win, 471-race career. It was a result Ragan described as “…the ugliest fourth-place finish I have ever had…I wasn’t disciplined enough in my strategy there with about 15 to go.” Given both Ragan’s Cup victories came at superspeedways – the Daytona summer race in 2011 and the Talladega spring race of 2013 as have half his top 10s – it’s fair to say he knows what he’s talking about with regard to this particular and peculiar brand of racing. All things considered, though, it’s still not a bad result for one of the nicest, most humble wheelmen ever to take a green flag at the Cup level.

It was quite the last Daytona 500 for Brendan Gaughan who recorded a seventh-place finish, the second-best of his 11-year, 63-race Cup career. He’ll cap a 23-year career in racing with three more Cup starts (Daytona and both Talladega races). Gaughan has two wins and 219 starts at the Xfinity Series level and eight wins and 217 starts at the Gander RV and Outdoors Truck Series. Remarkably, with 10 laps to go, Gaughan was two laps down but two quick cautions got him back on the lead lap. He’ll be one to watch in the final three Cup starts of a nearly-quarter-century-long career.