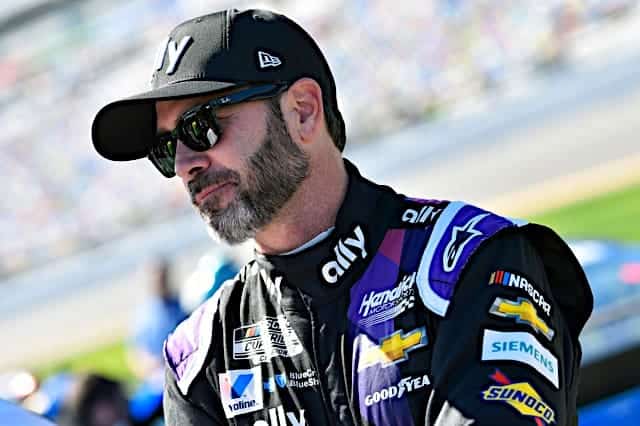 Almirola led the first session with a speed of 178.654 mph in his No. 10 Stewart Haas Racing Ford. His teammate Clint Bowyer was second on the speed chart after clocking in his No. 14 Ford at 178.383 mph.

Ty Dillon‘s speed was good for third fastest on the board, while Joey Logano and Alex Bowman followed in fourth and fifth. Matt DiBenedetto was sixth, then Kurt Busch and Chase Elliott. Kyle Larson and Ryan Blaney were ninth and 10th.

Monday’s (Feb. 17) Daytona 500 winner Denny Hamlin was slotted in all the way back in 25th in his Joe Gibbs Racing Toyota.

MBM Motorsport’s Timmy Hill was the only driver entered who did not turn a lap in the first practice session.

Ross Chastain, who is filling in for Ryan Newman in the No. 6 Roush Fenway Racing Ford, had the sixth-best time. Larson was seventh, then Blaney, John Hunter Nemechek and Bowman.